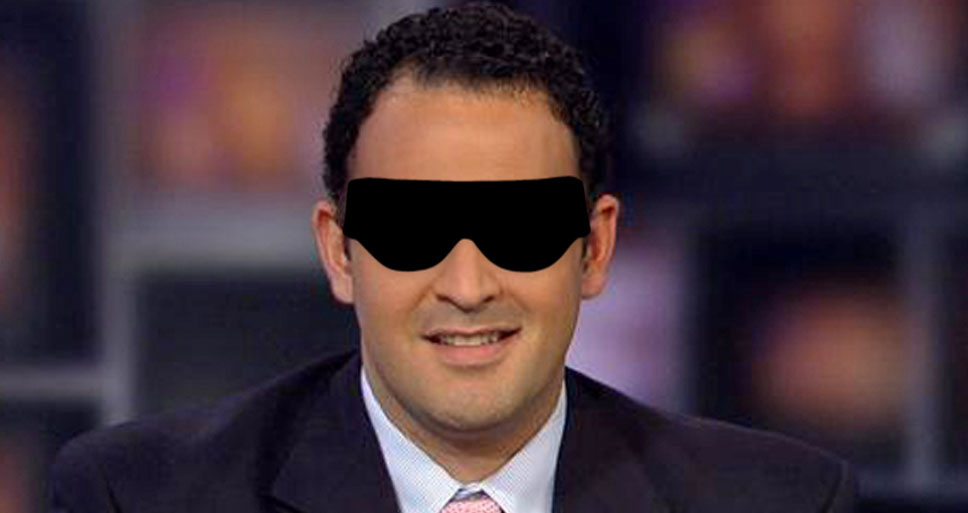 Kevin Sabet from the organization SAM is at it again pretending to be concerned about you and I and the kiddies. I commend him for his confidence as he takes on Dr. Sanjay Gupta and his support for immediate worldwide legalization of Cannabis. The Cannabist shared Sabet’s views here and these are my thoughts on the matter.

But by not highlighting the potential dangers of marijuana — including the millions of people who have been negatively affected by long-term marijuana use — “Weed 3″ irresponsibly portrays the drug as a silver bullet for a range of conditions. – Project Sam

And Sabet … armed with a degree in philosophy is here to save the day against We, the inhalers.

Now, what ammo is that? Knowledge, power, valid and diplomatic statistical evidence … nope none of that. Sabet has a degree studying ‘general and fundamental problems, such as those connected with reality, existence, knowledge, values, reason, mind, and language.’ Or at least that’s one definition of his area of study. Wow. And he doesn’t smoke weed? Really? Are you sure?

(Aside) I guess you asthmatics are truly and rightly screwed then aren’t you? I mean, some meds ARE inhaled Sabet! Oh yes that’s right, it’s fine if the inhalation is one composed of a synthetic chemical concoction created by the white-coats eh?

Newsflash Sabet: We humans are organic beings. Why the super duper synthesizing when a plant will do? And in this case, would arguably do a better job with fewer annoying side effects than steroidal inhalers.

I know I know, you’re looking out for us. You want truth and transparency. Look at that … we agree on something! So let’s talk about that.

I have depression that I have been managing successfully with Cannabis for the last six years. Before that, my organic body was filled with chemical concoctions and combinations-of-the-day, in order to heal my mental illness. They didn’t work. They harmed me.

You speak of the “millions of people who have been negatively affected by long-term marijuana use”. Okay, I guess you must have evidence to back this up, but I don’t care about that evidence Kevin. I want to be selfish for a moment. I wanna talk about me!

I have a condition that requires medication. After years of fighting that idea, I have accepted it. You and your statistics lead me to believe that you think I should be using one of the many pharmaceutical antidepressants on the market. But see, I tried them. They didn’t work. They harmed me.

How’d they harm me you ask? Causation and correlation right? Let’s see how my biology has improved since cessation of chemical meds and the addition of Cannabis:

For me, Cannabis just makes sense. It works. It doesn’t harm me.

And you wanna talk about inhaling. You do know that’s only one mode of ingestion right? Are you saying that you want to withhold this medicine because it COULD be used in a detrimental manner?

Tell me, Philosopher King … do we withhold Ritalin from teens with ADHD because there’s a chance they may crush and snort them?

Do we withhold T3’s and other meds that contain codeine from a patient simply because some of the people know how to extract it?

Do we withhold Vicodin from the stressed out patient even though the chances of addiction are skyrocketing?

You mention dosing. And you say it as though the medical industry has that down to such a finite science. Laughable that. I had my gall bladder out in the spring and was given the opioid Tramadol who’s dosing was as follows: 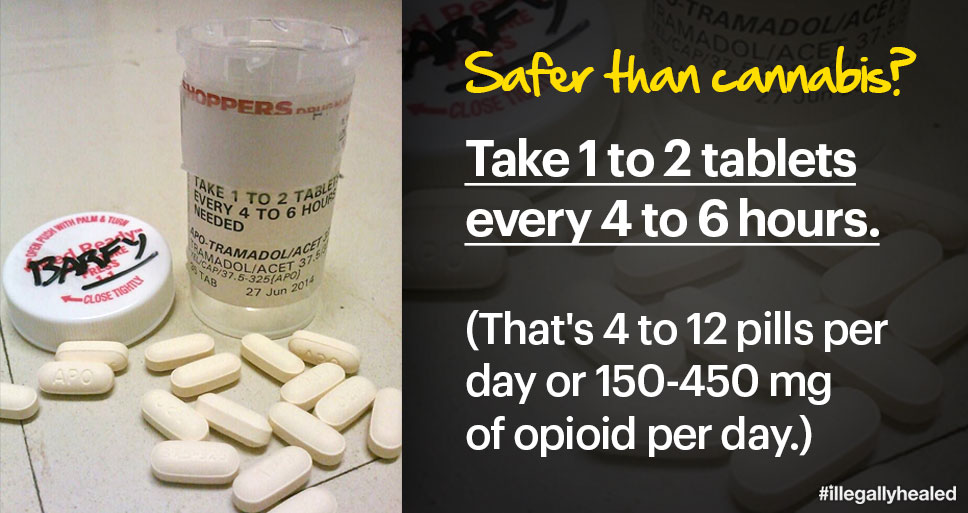 That is just dangerous. You can see how many I took. Insta-barf and depression overload … all from two LEGAL white-coat creations.

I get what you’re saying though. We need studies but they can’t study an illegal plant. The cleverest of vicious circles. Problem is, studies have already been done and you don’t see them. Countries in Europe have done studies. You can read them too. Or you can look at society as a study in self medication. Deaths per year count don’t they? Why the beef with the herb when Tobacco kills millions every year on this planet?

Sabet … you say you want to protect us. How can you do that with a blindfold on?

In closing, I earnestly desire your opinion on how I should treat my mental illness. Do you really believe that I should give up so much of my health simply because no studies have been done?

My body my rights my brain my medicine.

The truth is out,