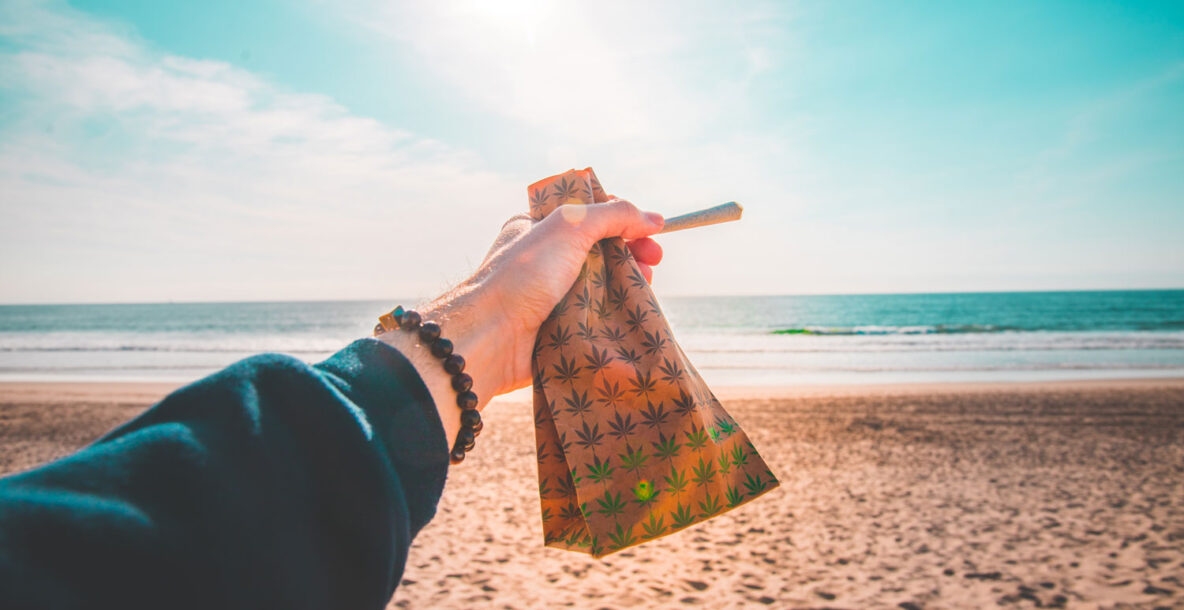 Think about the kinds of pop culture characters you think of when you think of marijuana. Snoop Dogg. Willie Nelson. Cheech and Chong. Harold and Kumar. Good-natured folks who know how to chill out and have a good time.

But the guys at Grassdoor.com are trying to add some other names to that list: Usain Bolt. Sonic the Hedgehog, maybe. The Flash.

“We’re imagining a new world” said Grassdoor CEO Zack Ein. “One where you order your cannabis online before leaving work, then get home at the same time your delivery guy is pulling up.”

There is, of course, a reason we think of Cheech and Chong doing their “Dave’s not here” bit when we think of cannabis, and not, say, the Road Runner leaving the coyote in the dust. Weed isn’t a product that’s typically associated with speed, and the general state of the cannabis delivery industry hasn’t done much to dispel that. Ein wants Grassdoor to challenge the popular perception of cannabis as something that’s hard to get on-demand access to – but he also wants to challenge that status quo in California’s weed delivery industry.

A good deal of that status quo is due to the questionable regulatory landscape of California’s dispensaries. Because legal weed was only approved by a Golden State ballot proposition in 2016, it’s still in a state of transition from a legal standpoint; it’s perfectly legal to own cannabis products there, and it’s just as legal to open up a shop to sell them, but those shops do need to be licensed by the state. Many, as you might expect, are not. And enforcement is a challenge in a state that only became the nation’s largest cannabis marketplace just a couple of years ago.

That means there’s lots of opportunities for less-than-reputable services to crop up. Unlicensed dispensaries tend only to care about quality, speed and safety as far as those things can bring them cash and customers; with no regulatory agency to answer to, there’s no compulsion to follow the rules. In its worst (and fortunately, least frequent) incarnation, this problem can result in dangerous products being sold to unwitting cannabis consumers. More often, it results in a series of dumb annoyances, like dropped orders, wrong orders and slow-to-arrive orders.

Getting orders right is… frankly not that hard, but increasing speed is a challenge, and one Ein knew was the key to making Grassdoor stand out in the market. Grassdoor is licensed by the state and makes it a point to advertise that, since Ein and other founders know that anyone ordering anything on the internet is more likely to be a savvy consumer who investigates whoever they’re buying from. The speed is where those same consumers find themselves surprised.

“We’ve had drivers arrive to find the delivery location empty, the customers gone. Later we’d find out that they left to run a bunch of errands because they thought they had time,” Ein said. “That’s how slow most delivery services are. It’s like the cable company telling you they’ll be there sometime between six a.m. and nine p.m. We want to be better than that.”

Grassdoor, he says, has some of the fastest average delivery times in Los Angeles. In November, Grassdoor customers could expect a cannabis delivery to take about 32 minutes from the final click of the website to the mobile budtender’s arrival.

That speed – along with other aspects of Grassdoor’s service like selection, low cost and a 99 percent fill rate – has recently allowed the company to see a sixteenfold growth in their customer base in 2019, with no loss in service or quality.

Do they offer a guarantee? Domino’s Pizza used to do that – remember “30 minutes or it’s free?” –  and while at first it became something of a cultural touchstone, they eventually were forced to drop it from their business model because it was such a difficult promise to keep.

“We do guarantee you’ll get your package within an hour,” said Ein. “We can do that. We’re working with proprietary AI technology that lets us do that. If we take longer than an hour, your weed won’t be free, but we do offer credit toward future purchases.” So OK, it’s not the Domino’s business model – but maybe it’s a lot more sustainable.

As the California cannabis market falls more and more under the umbrella of state regulations – and, in the future, maybe even federal regulations – overall quality will likely increase, and pot fanciers will reap the benefits. And the older ones will remember a time when you couldn’t count on a delivery arriving at all, much less within an hour. Here’s hoping Grassdoor’s efforts get us a little closer to that future a little sooner.

Tony Darrick Baker has served thousands of individuals, in all walks of life, as a mentor, speaker, publisher, and entrepreneur. As co-founder of Illegally Healed, Tony is passionate about spreading the message about the medical benefits of cannabis. Tony also has a special place in his heart for beaches, oceans and amazing people.