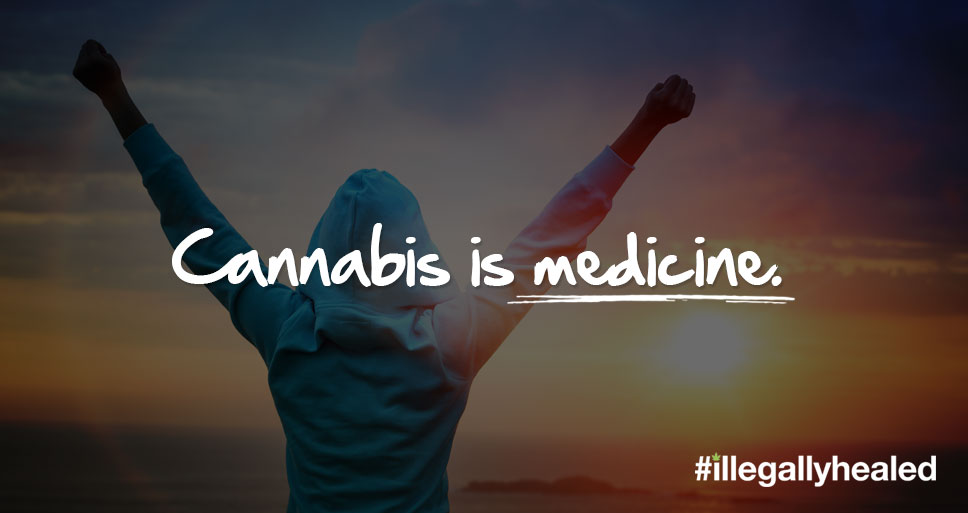 Medical documentation has confirmed that medicinal cannabis has played a major role in improving or even saving the following patients’ lives.

“NOTHING WAS WORKING, UNTIL CANNABIS.” 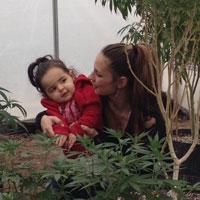 Jaqie Angel Warrior is a two-year old who has suffered from multiple types of seizures since she was five months old. Dozens of medications, including Depakote and klonopin, failed to control the thousands of seizures and caused terrible side effects.

Looking for other options, Jaqie’s mother Brittany discovered the potential of cannabis oil. They moved to a motel in Colorado where they began using high-CBD oil, which also contains THC levels higher than any state’s CBD-only bill currently allows.

Most children need some significant quantity of THC to see transformational results. With cannabis, Jaqie’s seizures have reduced by over 90% and she has ceased use of dangerous pharmaceuticals.

“The CHEMO made him violently ill.” -Sanjay Gupta M.D. 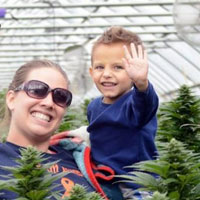 Landon Riddle was diagnosed with leukemia at the age of 2. He had an especially aggressive type of the cancer, and was given only an 8% chance of living.

His story was described by Dr. Sanjay Gupta in an August 2013 video. Dr. Gupta stated, “The chemo made him violently ill. He was in intense pain, he suffered nerve damage in his legs, and he went 25 days without eating.”

Landon’s mother Sierra then turned to high-CBD cannabis oil from Realm of Caring as a final attempt to save his life. In the first couple weeks of treatment, Landon turned around dramatically and quickly went into remission.

Due to the effectiveness of the oil and the harms of chemotherapy, Landon has been only using cannabis oil to keep his disease in remission. Despite doctors saying that the leukemia would definitely return without chemotherapy, it has stayed away with cannabis extract treatment.

“I was just charging up there, and everyone else was dropping like flies…” -Coltyn Turner 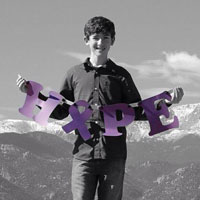 Coltyn Turner is a teenage patient who was diagnosed with Crohn’s disease in 2011. The disease took a huge toll on his life, causing severe pain and stunted growth.

Traditional medicines were ineffective, and no safe options were available to the Turner family. As a last resort, they moved from Illinois to Colorado in February 2014 to begin cannabis extract treatment. By September, he had gained 20 pounds and his symptoms had essentially disappeared.

Medical documentation confirms the dramatic effect cannabis extract medicine has had on him. Before the treatment, Coltyn had 22 centimeters of inflammation in his colon along with innumerous ulcers.

In a little over half a year, all the ulcers were eliminated and the inflammation was nearly entirely gone. Coltyn now loves to climb mountains and now often outpaces his family.

“The cyst has decreased in size by roughly 75-80% and the tumor is almost gone!” -Tracy Ryan 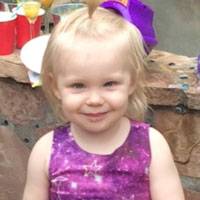 Sophie Ryan was diagnosed with an optic pathway glioma before she even reached two years old. Doctors told her mother Tracy that the tumor would not respond well to chemotherapy, and that the primary goal was to prevent further growth.

However, using a combination of high-THC and high-CBD cannabis oils along with chemotherapy has delivered spectacular results. The tumor is almost completely gone, and despite doctors confident predictions that Sophie would become blind in her left eye, her sight remains perfect.

Through facebook and online fundraisers, Tracy has helped many other patients and continuously reports new successes from other pediatric cancer patients using cannabis oil.

See Sophie in Weed The People 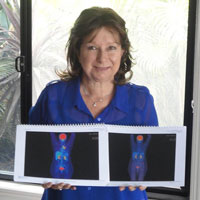 Her condition was deemed terminal, although it was discovered that an oral chemotherapeutic drug called Tarceva could potentially extend her life. With the drug, she was given 6 to 9 months to live.

Sharon discovered that cannabis oil could actually save her life, and began using it along with Tarceva in February 2014. She was able to increase her intake by adding cannabis suppositories as well. The combination of treatments proved very potent, and by September 3rd, 2014, a scan showed Sharon was cancer free.

In February 2015, medical tests indicated cancer cells had reemerged in Sharon’s lungs. This recurrence is much smaller compared to the original tumors Sharon had, and she is using aggressive cannabis extract therapy to once again beat the cancer.

Her experience has made her one of the most powerful activists in the Australian medicinal cannabis community.

Stan is no stranger to cancer… 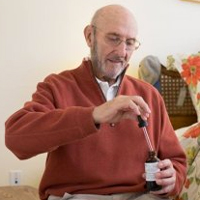 Stan Rutner fought non-Hodgkin’s lymphoma successfully back in the 1980s using conventional treatments. Unfortunately, the cancer returned in 2011, attacking his lungs and brain.

Chemotherapy and radiation failed this time around, and Stan was put on hospice. As a last resort, he began ingesting cannabis-infused coconut oil to help with pain.

The effects were dramatic, and Stan eventually added in larger doses of high-THC and high-CBD oil. By early 2013, Stan was completely cancer free.

His son-in-law and daughter, John and Corinne Malanca, started United Patients Group as a way to help other people facing cancer. 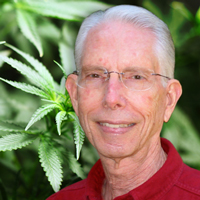 Dennis Hill is a former biochemist and cancer researcher. In February 2010, he was diagnosed with aggressive prostate cancer.

Not wanting to undergo chemotherapy, radiation, or surgery, Dennis sought out alternatives. He learned about cannabis oil, and after immersing himself in the research decided it was right for him.

The only conventional treatment he used was Lupron, which can slow tumor growth by lowering testosterone production. However, it cannot directly kill the tumors.

By early 2011, the cancer was gone. It returned briefly in 2012, but was quickly eradicated again with high-dose cannabinoid therapy. 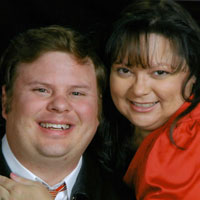 Glenda Diltz was part of the Phoenix Five project.

She had Stage IV colorectal cancer which she was treating with cannabis oil and chemotherapy.

The traditional therapy caused devastating side effects, and cannabis oil effectively relieved many of them.

Unfortunately, due to the late stage of her cancer and complications of treatment, Glenda passed away June 21st, 2014.

Introducing: Glenda Diltz of the Phoenix 5

“Do I become a criminal and live or obey the law and die?” -Michael Cutler 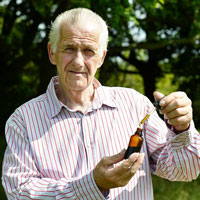 Michael Cutler was a very well known activist in the United Kingdom. He worked with United Patients Alliance to change laws and increase awareness of medicinal cannabis.

Michael was diagnosed with liver cancer for the second time in late 2012. This time, doctors said it was terminal, and nothing could be done. However, Michael sought out alternatives and discovered cannabis oil. He used it for several months until a biopsy in May 2014 determined he was cancer free.

Unfortunately, a few months later he developed lung cancer, and was unable to procure more cannabis medicine. He passed away on December 3rd, 2014, as reported by the United Patients Alliance. His experience stoutly illustrates the true brutality and evil of prohibition, and the immediate need for change.

From the day Cashy’s tumor was discovered he marveled the medical profession and defied odds countless times. 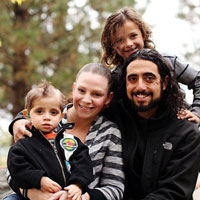 Cash Hyde arguably inspired the pediatric cannabis movement. He was initially diagnosed with a Stage IV brain tumor in May 2010. His prognosis was extremely poor, and he did not respond well to chemotherapy.

His father Mike administered cannabis oil through his feeding tube as a last resort, which caused a complete turnaround in Cash’s health. By January 2011, he was pronounced cancer free.

Due to supply limitations, a proper maintenance dose could not be used, and his cancer returned. Yet again, Cash defied the odds and beat the cancer, and again, his maintenance dose supply was cut off. The cancer reemerged for a third time and ultimately proved to be too much for Cash.

From The Illegally Healed Community:

My Story: I Was A Nurse In Vietnam And Cannabis Is My Medicine

My Body, My Illness, My Choice: Living Illegally Healed in Sweden

A Careful Approach to Cannabis Medicine

Keeping ALS at Bay with Cannabis

Finding Relief, By Any Means Necessary

No Matter The Diagnosis, Keep Calm and Be Proactive

Finding Inner Peace No Matter What

This is How I’m Conquering Crohn’s Naturally

The Rise of Vets Using Cannabis For PTSD (Video)

I Have COPD, COPD Does Not Have Me

Juicing For My Crohn’s – The Justine Meader Story

The Fight For My Life – The Linda Morado Story