Angela Harris never thought she would try cannabis, let alone suggest others use it. Harris is a conservative who grew up a devout member of the Church of Jesus Christ of Latter-day Saints (Mormon) in central California and Boise, Idaho. It wasn’t until she saw the healing powers of cannabis that she tried it herself, and today she advocates and teaches others in conservative religious communities about plant medicines and alternative healing.

“For me, I want to speak to middle America, I get that cannabis is a hard subject for families. The bottom line is that we have been lied to and we need to be able to be more open to that,” – Angela Harris

Angela met her husband, Curt, a Utah native, at church in Boise. Curt and Angela have a lot in common: religion, humor and the desire to love and nurture an extended family. Angela was told when she was young that due to medical complications she would be unable to have children. 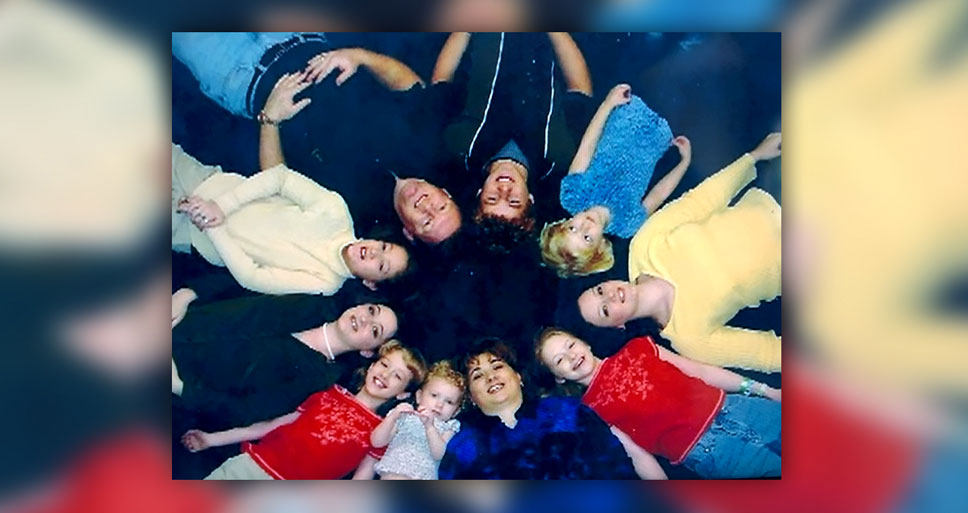 Now a mother of nine, Angela is an herbalist and medical cannabis advocate who has worked closely with legislators in her home state of Nevada as well as patients and legislators advocating for safe access in neighboring Utah. She has made it her mission to advocate for change from within conservative communities like Utah, where cannabis is still highly stigmatized.

Angela grew up anti-drug, and as a member of the Mormon Church, holds spiritual beliefs against breaking the law. She believed the anti-cannabis propaganda until she began to learn about the healing power of herbs and botanical medicines.

When Angela was pregnant with her sixth child, she was diagnosed with lymphoma. Because chemotherapy or other cancer treatments could cause potential harm to her unborn child and she had seen so many other people suffer using cancer drugs, she chose to treat her cancer naturally. Her only goal at the time was to deliver a healthy baby and die peacefully with her family.

Angela delivered a healthy baby girl, Abbigail, and went on to have three more children. She has outlived her prognosis by over 20 years. She and her family continue to research herbalism, or the use of plants as medicine, and have used the knowledge to help with friends and family who are suffering.

Her success with plant medicines made her take a second look at cannabis—which made an appearance as a holistic medicine in every one of the books she used to research herbalism.

Angela discovered the healing potential of cannabis when she first tried it with a close friend dying of breast cancer. Her friend’s life was extended by two years and she was able to wean off many of her opiate pain medications. Angela says that experience led her to try cannabis, which she has studied and used to help heal herself and others.

“I think my mom using cannabis has been a great thing, it has been a big eye-opener of everyone,” says Abbigail Villatoro, the daughter Angela was pregnant with when she received her cancer diagnosis. “I can’t wait for the day when we stop separating cannabis and herbs.” 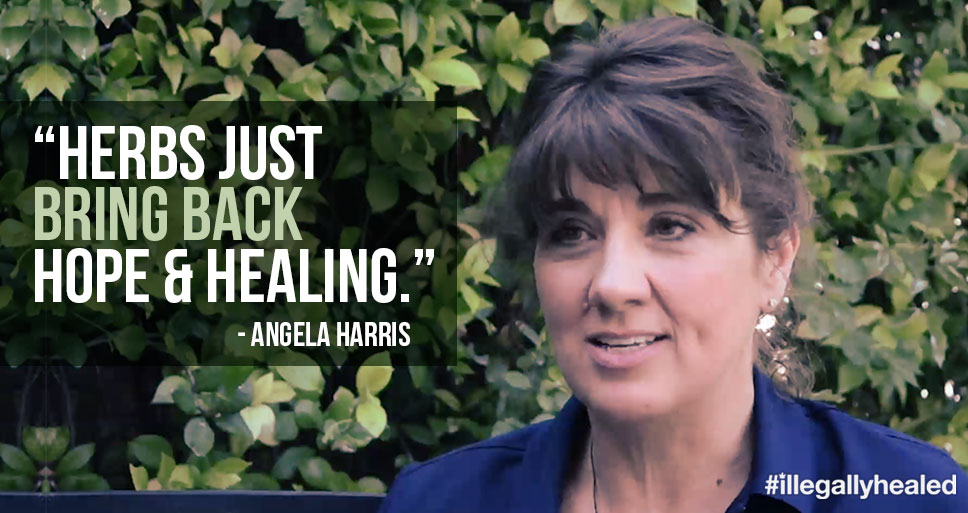 Angela says it is time to change the conversation in Utah about freedom, healing, empowerment and natural medicines. She says these aren’t conservative or liberal values, they are human values.

“The reason why cannabis is so important in Utah, and why this is such a key pivotal state, is because all other conservative state are looking at Utah to open the floodgates,” she says. “It’s time to talk about cannabis because too many people are suffering. Those of us who want a choice need a choice now.”