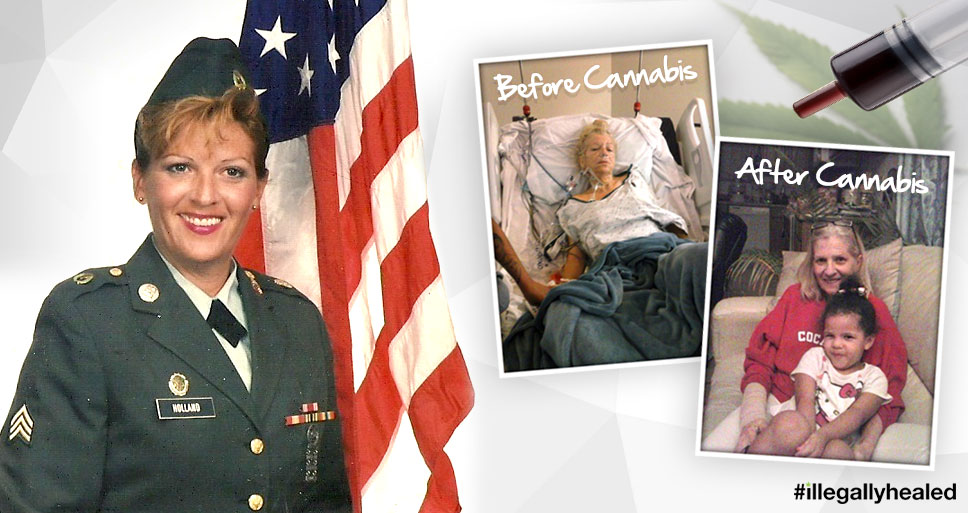 In August 2014, Linda Morado received the most devastating news of her life – a diagnosis of Stage IV kidney cancer. It had metastasized to her lungs in two places. The month prior, Linda had also been diagnosed with celiac disease and nutrient malabsorption issues. Despite these overwhelming challenges, Linda was determined to live.

With eight years of experience in the United States Army, she intimately understands the value of a fighting spirit. She also has a large family to take care of, including five children, fifteen grandchildren, and two great grandchildren. Thankfully, through the power of cannabis extract medicine and unwavering spiritual belief, Linda is now cancer free.

Linda was given 10 months to live by her doctors. She underwent a surgery in an effort to extend her life, which included removal of her right adrenal gland and drainage of fluid in her right lung. After working through a number of emotions, Linda decided to use cannabis extract therapy.

The first oil she acquired was weak, which she discovered after four weeks of ineffectiveness led her to have a lab test conducted on it. It tested at 46% tetrahydrocannabinol (THC). The next batch was far stronger, testing at 85% THC, and caused her to sleep for most of the initial four or five days of treatment. Within a couple months, Linda’s energy and weight substantially improved, indicating the oil had positively impacted her celiac condition. 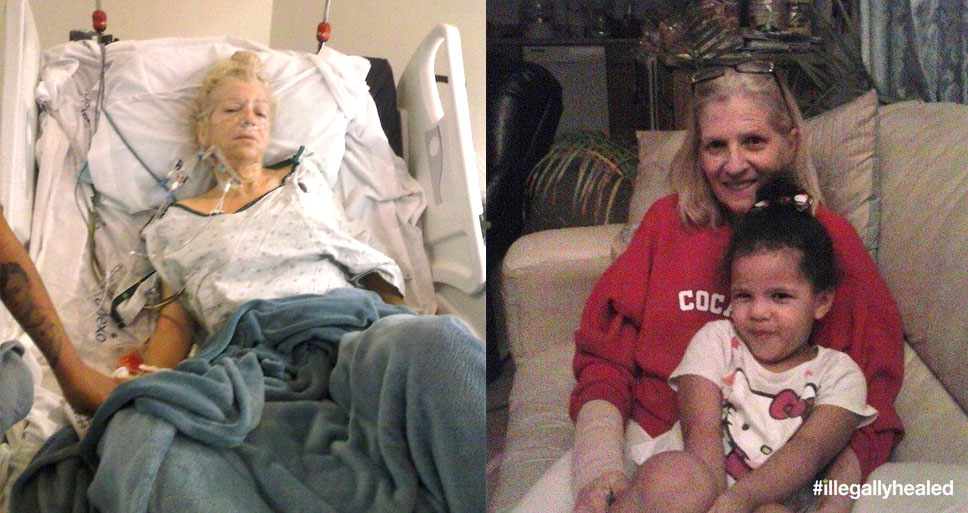 From death bed to playing with her children, Linda Morado is now cancer free.

A December 18, 2014 oncologist appointment revealed the lung cancer had disappeared, which surprised the doctor. He told Linda to continue doing what she was doing. By January, the cancer was completely gone.

There are strong scientific studies behind all this. A study published in the Journal Molecular Cancer determined that cannabinoids may inhibit cancer cell proliferation and induce cancer cell apoptosis. Basically, the cancer cell commits suicide!

Thanks to the natural healing path Linda took, she can now continue supporting her family. She announced her recovery on a January 15, 2015 Facebook post:

“I AM CANCER FREE!!! Stage 4 cancer and given a death sentence to cancer free in just a couple months!!!!! Hip Hip HORRAYYYYYYY.” -Linda Morado

It is a tragedy that lab-tested cannabis extracts are not more readily available, as then Linda could have avoided the initial setback she experienced. As stories like hers become better known, the demand for safe access will become overwhelming and eventually result in reform.

UPDATE: A May 11, 2015 PET Scan confirmed Linda is still cancer free. She is also now ready to go back to work.

Have you had success with cannabis for your disease? We want to help tell your story. Click here to contact one of our producers.

Want more? Here’s a video explaining how this could have happened: