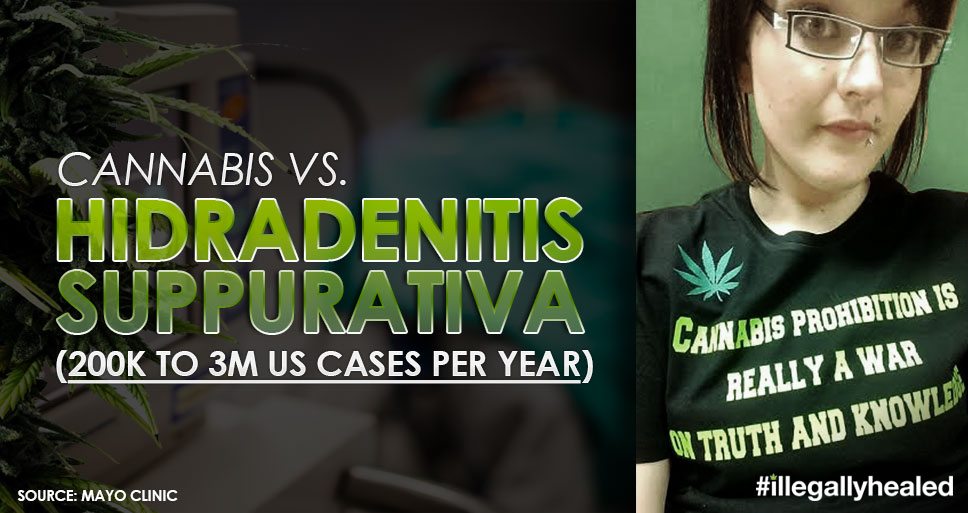 It is remarkable how many conditions cannabis is able to alleviate. From common diseases to rare conditions that most people have never heard of, many patients attest to the widespread effectiveness of cannabis medicine.

Mandy began experiencing the symptoms of hidradenitis suppurativa (HS) during her pregnancy in 2006. In this condition, painful, inflamed red nodules appear in various places across the body. For Mandy, these first appeared in her groin area. Doctors initially wrote off the inflammation as ingrown hairs or hormonal changes. 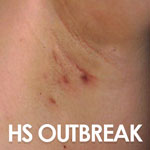 HS outbreaks are painful in tender areas and may persist for years.

After giving birth, the sores got worse instead of getting better. She was eventually diagnosed by her family physician with Stage 1 HS. Given the early stage of the disease and other personal reasons, Mandy did not receive any medication at the time.

In 2010, her condition worsened causing significant pain, infectious issues, and bleeding concerns. From this point and for the next two years, Mandy tried numerous medications and surgery, all of which failed to stop the disease from progressing to Stage 3 by 2012.

She even had to leave her much-loved position in histopathology at the local hospital due to complications.

In August 2013, Mandy had numerous intravenous clindamycin treatments, along with an oral course of the antibiotic drug. It helped with the inflammation but did little for the pain. Unfortunately, this treatment apparently led to an infection.

Mandy was referred to a surgeon in November 2013, and was told invasive surgery would be needed to stop the HS, as it has now deeply penetrated the skin. She declined the surgery due to the risks. Prior to this, Mandy had done some research on the potential of cannabis to treat her condition, and had also been smoking it to treat pain.

Mandy started with small doses and increased as fast as she could tolerate. The medicine made her very tired, but also instantly relieved her pain. Within five months, all the HS related wounds had nearly disappeared, and Mandy also lost 50 pounds. She finally felt liberated and free.

What Works Best for Mandy

Full strength cannabis oils have been most effective for Mandy’s symptoms. She tried tinctures made with a sunflower oil or alcohol base, but they were not strong enough to prevent flare-ups. However, those she has had since her initial treatment have never been as strong as before. 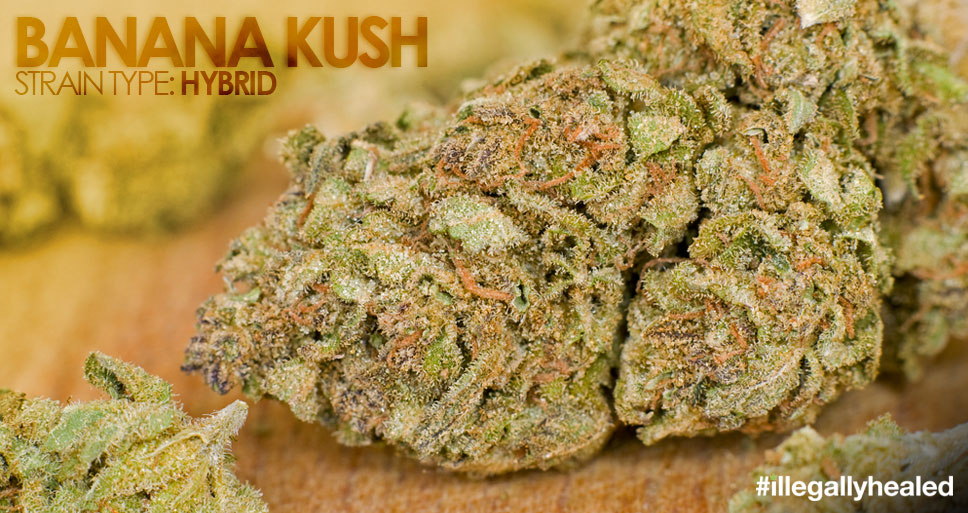 The original oil that worked best was made with the strain Banana Kush. As a maintenance dose, she takes 2 drops of oil 2-3 times daily. She puts the drops on parchment paper and freezes them, then swallows them like small pills. While Mandy has never weighed her doses, starting small and slowly working to higher levels has been very effective for her. 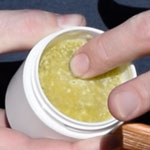 While there is no direct evidence connecting cannabis with HS, studies indicate significant potential for cannabinoid medicine. A 2013 study found that topically applied THC could attenuate allergic inflammation, which the researchers determined had “implications for the future development of strategies to harness cannabinoids for the treatment of inflammatory skin diseases.” An earlier study found cannabinoids may benefit psoriasis, which shares some similarities with HS.

The following statement from Mandy perfectly summarizes the power of cannabis oil and how it changed her life:

“When I was suffering of large wounds I applied cannabis oil directly into the holes and watched it melt into the tunnel. A couple of weeks later and the tunnel had healed to the surface. Cannabis oil has given me my life back. I no longer dread waking up every morning. It is not agonizing to walk or wear clothes. I finally feel I am at peace with myself. Hidradenitis Suppurativa tried to take everything from me. Emotionally I did not know how to cope with my reality. Was I really destined to endure such invasive surgery all throughout my life? Should I really be consuming so many synthetic chemicals without ever truly finding relief? I had so many questions and so much pain. I got lost in the depths of my own self-pity and no longer felt worthy of anyone or anything. I have experienced something that must be shared with others. Cannabis can not only treat and heal cancer, seizures, M.S. etc. It can heal Hidradenitis Suppurativa. Now cannabis needs to be recognized so this medicine can be accessible to all sufferers. I feel I owe it to humanity to share my story and spread awareness.” – Mandy J.

Have you had success (or failure) using cannabis as medicine? Click here to send your story to our editorial staff. We may use your story in a future article. Your experience could directly influence the healing of another person.