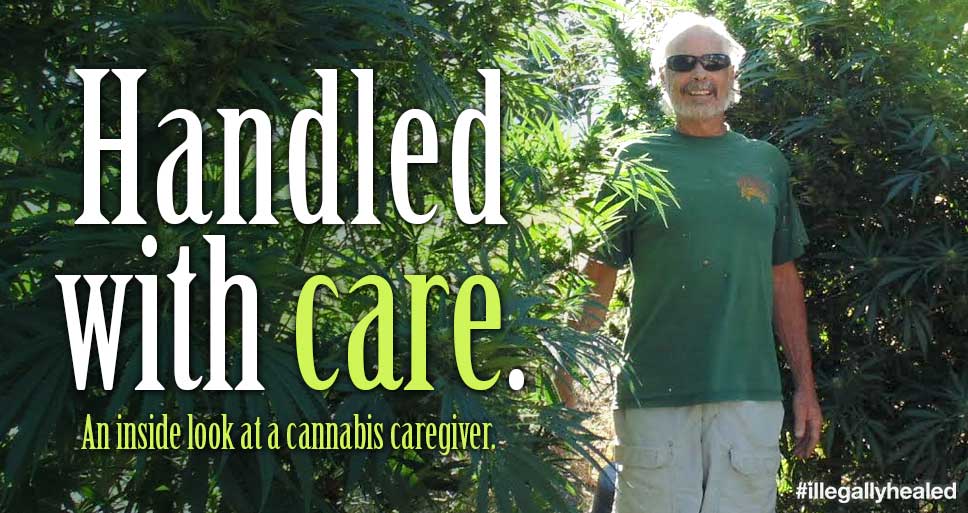 Caregivers who treat numerous patients with medical cannabis have especially profound perspectives on how the medicine is helping people on a wide scale. Rick McDonough is a caregiver from Oregon who has been working with patients for several years. He currently works with a couple dozen patients, and has seen remarkable success against a wide range of conditions from people using his cannabis formulations.

McDonough is the ideal caregiver in that he truly cares about patients’ wellbeing. He carefully monitors patient responses to cannabis medicine so he can help improve their treatment and help others. He also gives away a surprising amount of material. Any interested patients can pick up free leaves for juicing and he estimates he gives away about 75% of his finished products. McDonough has the freedom to do this, as he is retired and owns his own land.

To provide patients with the greatest selection of medicines, McDonough grows between 20 and 25 strains. The majority of these are farmed outdoors with organic methods. At harvest, patients get samples and an evaluation sheet to decide what works best for them. The outcomes of patients who are more involved in their treatment tend to be far better than those who are less focused on finding the right strain and dose for themselves.

In addition to working directly with patients, McDonough makes a product called Gaia Medbar, which is available in Oregon dispensaries.

One of McDonough’s favorite strains is Pineapple Skunk. He has tested it at 25% THC, .07% CBD, 1.7% CBG (cannabigerol), .77% CBC (cannabichromene), and .15% THCV (tetrahydrocannabivarin), with measurable levels of the terpenoids beta-myrcene, limonene, beta-caryophyllene, and azulene.

Many patients have experienced tremendous healing effects from using various types of McDonough’s products. One Veteran patient had eye issues which were not controlled by conventional medications. He had to wear sunglasses all the time and had to squint to see well. He tried several cannabis strains, but found the Pineapple Skunk strain worked far better than the others he used. After just a few puffs, he said, “I don’t know what it is with this strain, but I can see better!” Over the next few weeks, his eyesight continuously improved with further use.

A longtime friend of McDonough who has paraplegia also found great benefit with the Pineapple Skunk strain. He would get very bad muscle spasms that caused extreme pain. After trying various strains, he discovered that taking a few puffs of Pineapple Skunk every time a spasm occurred stopped it immediately.

McDonough has also seen effective results with cancer. Several patients with skin cancer have reportedly achieved remission through topical application of the oil. McDonough says another patient with a brain tumor who was sent home to die six years ago is still here today thanks to cannabis oil.

One individual with a terminal form of cancer began using cannabis oil to ease his suffering. He had lifelong tremors in his hands as well, which stopped after starting oil. Indeed, McDonough has found that people often start using cannabis for one condition, and find that it works well for another.

The immense success being seen by patients warrants immediate scientific study. Clinical trials must be conducted to validate the numerous applications of cannabis, as well as determine what dosing protocols work best. Until then, we must rely on the existing scientific evidence and continuously growing anecdotal reports for guidance on effective cannabis use.