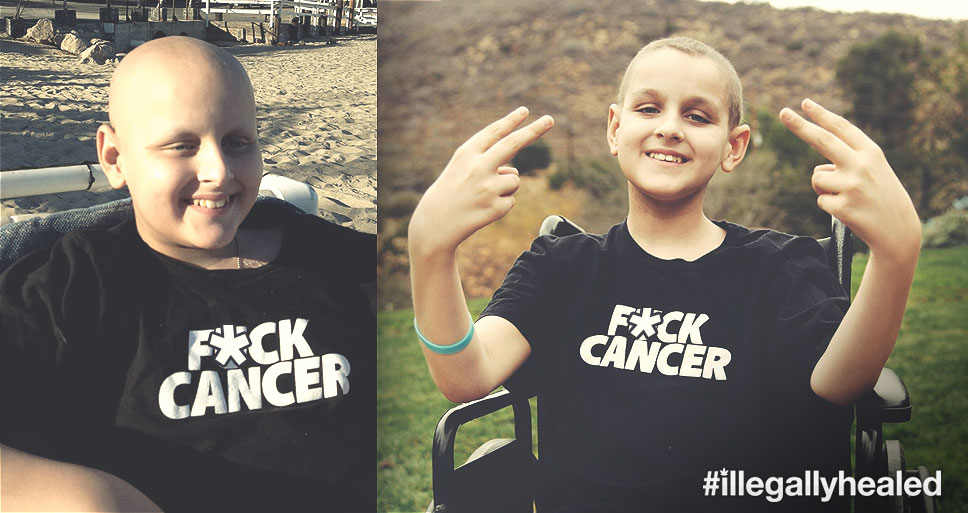 Chico Ryder was 11 years old when he was diagnosed with Stage III/Group III parameningeal embryonal rhabdomyosarcoma, an especially aggressive soft tissue cancer, in December 2012. He began the long road to recovery and immediately began chemotherapy after diagnosis. 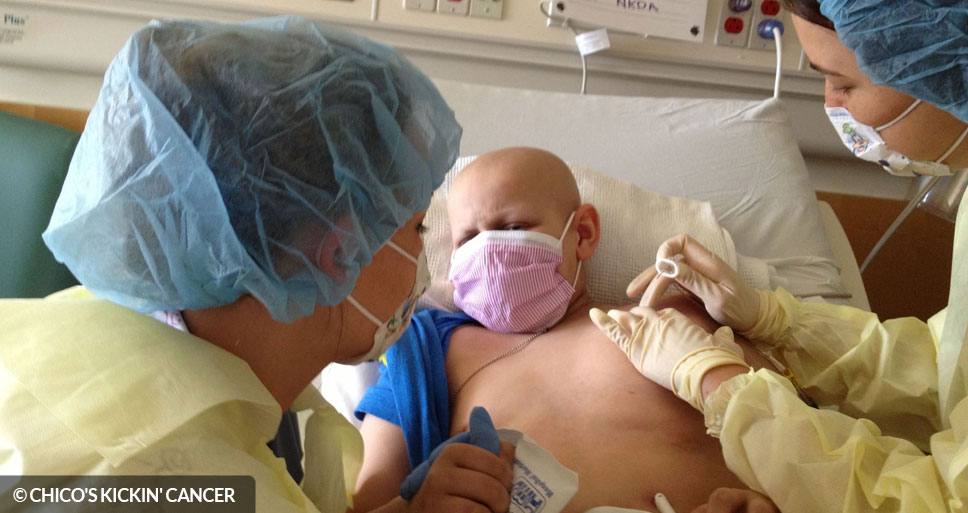 Chico having his port needle changed. On this particular day it took 7 attempts to get it in properly. That means 7 separate needle pricks in the same place and they have to press really hard to find the right spot.

From February to March 2013, Chico completed a 28-session protocol of radiation, which consisted of one session a day five days a week. The intense combination of these treatments caused horrendous side effects, including near-daily vomiting and painful nerve damage. It got so bad that every time Chico had chemotherapy, he needed to stay in the hospital. 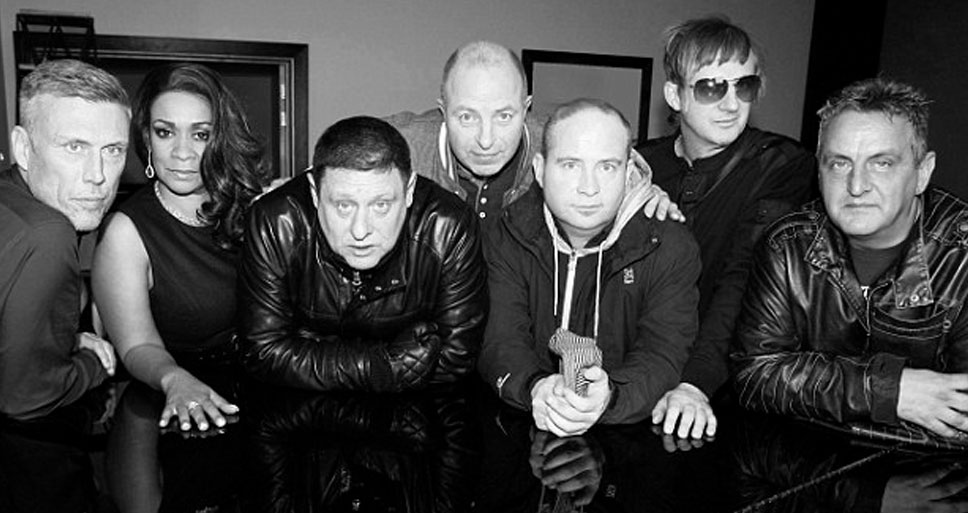 Chico’s parents, Paul and Angela Ryder, knew they needed to do something to mitigate the damage from conventional treatments, as well as boost their cancer-fighting power. Angela learned about cannabis oil, and they decided it was the right thing to do.

Chico had tried Marinol, a synthetic form of THC, which was somewhat effective at first but eventually lost potency. He began receiving whole plant cannabis oil from Aunt Zelda’s collective in July 2013. 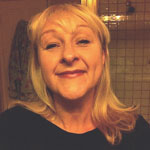 The impact of cannabis extract therapy was remarkable. While it did not fully reverse the side effects of the large doses of chemotherapy and radiation, there were significant improvements. Chico’s vomiting reduced by half, and the neuropathy stopped progressing. By August 2013, he was able to get off intravenous nutrition and begin using a g-tube, which is better for the liver.

The doctors also pushed a substantial amount of opiates on Chico, including methadone; cannabis oil was very effective at helping Chico get off these opiates. In addition, Chico’s white blood cell counts recovered faster than expected after chemotherapy sessions, and he did not need to delay chemotherapy at all once he began using cannabis oil.

“I wish we had done it from the beginning. I believe cannabis oil helped the chemotherapy do its job and protected Chico’s body from damage,” said Angela. 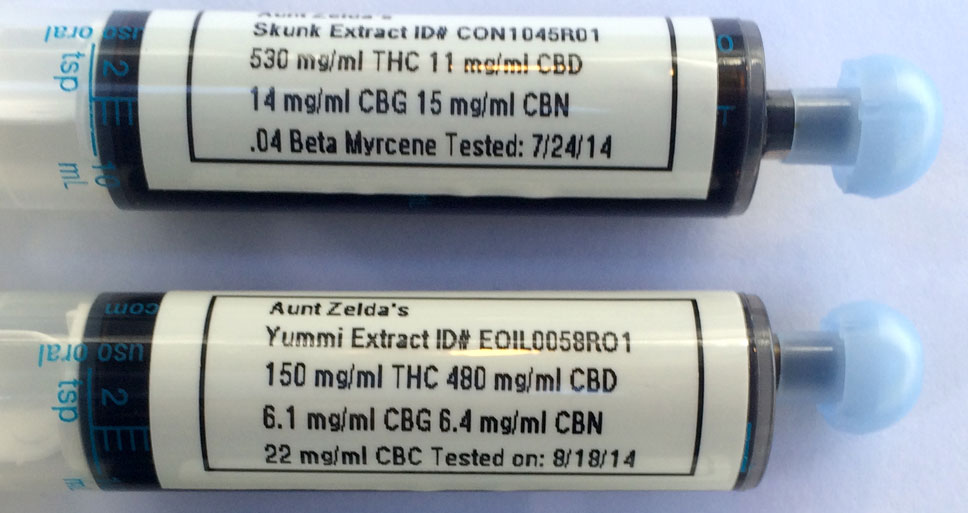 Indeed, tetrahydrocannabinol (THC) has been proven to induce programmed cell death in rhabdomyosarcoma cells. Both THC and cannabidiol (CBD) are neuroprotective antioxidants that help prevent neuropathy. Chico ingested ample amounts of THC and CBD during his treatment. At his peak, he was ingesting 900mg of THC and 500mg of CBD a day, using the respective THC-rich and CBD-rich strains.

In addition to cannabis, Chico had excellent nutrition and used an herbal formula designed to increase white blood cells.

Chico used a range of integrative therapies alongside the conventional treatment, including cannabis oil (which is legal in his home state of California), mistletoe, acupuncture, a range of supplements including medicinal mushrooms, IP6 and a whole host of others.

By November 2013, Chico was declared in remission. He has been able to drastically reduce his cannabis dose to 85mg of THC and 100mg of CBD a day. Chico has since recovered from much of the damage he endured, but there is still a fair way to go. 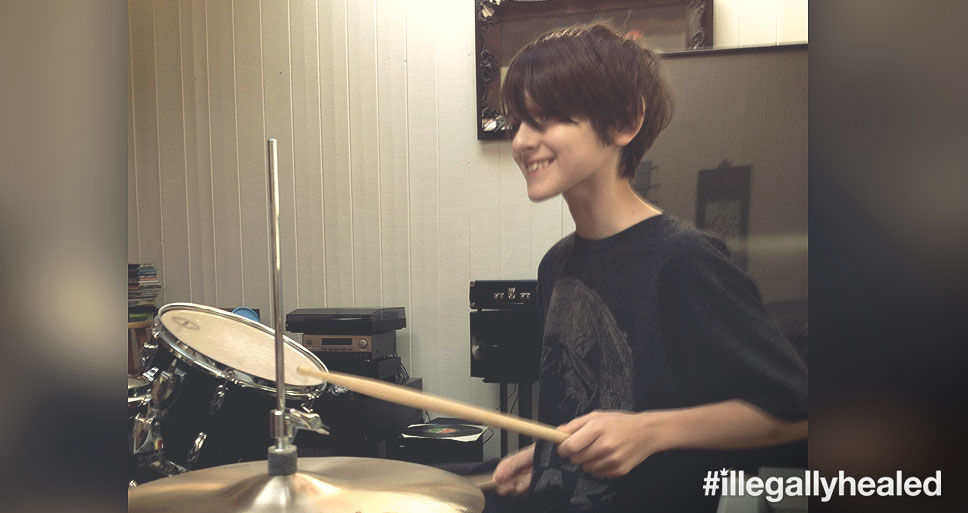 Chico continues to use these integrative therapies to help prevent relapse and is committed to helping spread the word, particularly about the benefits for cancer patients of cannabis oil and is actively campaigning for it to be more widely available to all cancer patients.

In fact, Chico has been instrumental in kickstarting discussion about a potential research project involving cannabis and pediatric cancer at UCLA where he was treated. Chico has lost too many friends to this monster of a disease to sit back and do nothing. He loves music, learning to play the drums and playing the latest video games. It is hopeful that with continued nutrition and cannabis extract therapy, Chico will completely recover.

You can show Chico your support by liking and sharing his facebook page, and by sending him a message of encouragement.