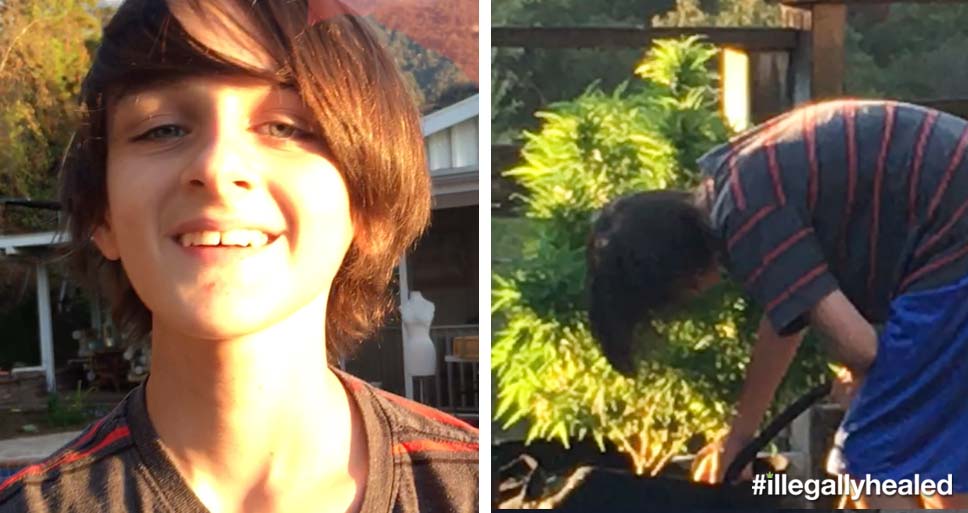 In 2015, we brought you the story of Chico Ryder and since then, it has remained one of the most viewed stories we have on Illegally Healed; for good reason.

Chico was diagnosed with rhabdomyosarcoma at the age of 10 in late 2012, and was treated with intense chemotherapy and 28 radiation sessions. This resulted in him being wheelchair-bound for several months and requiring a feeding tube.

“Chico endured more pain and hardship than most people will ever experience in their entire lives.” -Angela Smith (Chico’s mother)

In addition to traditional cancer treatments, Chico and his family decided to also use natural therapies, including cannabis oil. Chico went on to beat cancer and has significantly recovered from the damage of the cancer and associated conventional treatments.

This Young Warrior is On a Mission

His mission is to now help other patients in similar situations and to educate how cannabis may improve their survival odds and heal their bodies from any damage accrued during treatment. 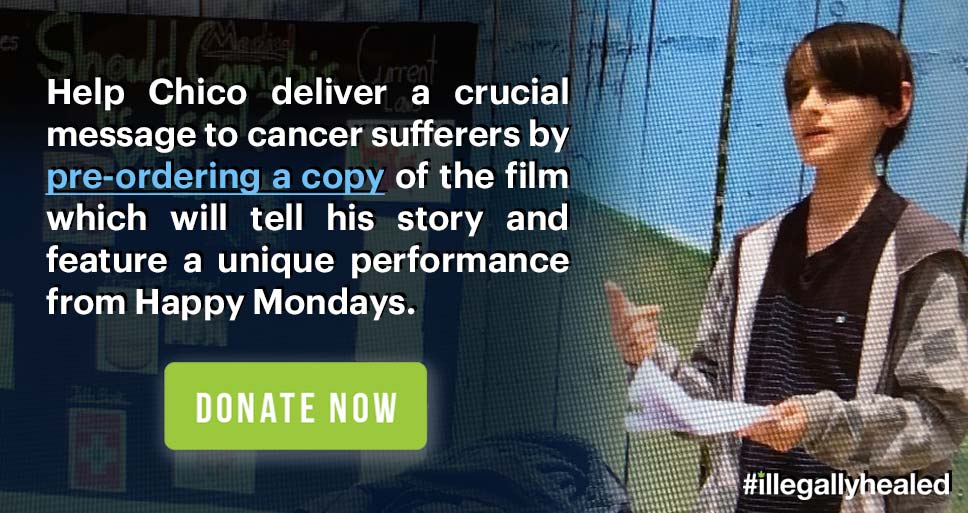 Remarkably, Chico has officially been in remission for 32 months, and is scanned every 6 months to determine if the cancer has returned. The first 5 years after remission are the most precarious, so Chico continues to take cannabis oil and other supplements, including mushroom powders and fish oil (full list at the end).

Especially in the case of cancer, cannabis is a very personalized natural medicine. His mother Angela Smith says that, “he currently ingests 85mg of THC (Tetrahydrocannabinol) and 100mg of CBD (Cannabidiol) per day as a maintenance dose and to alleviate still-lingering side effects from the conventional treatments. Having built up his tolerance, Chico experiences no side effects from the cannabis oil and has no trouble being on this maintenance dose.”

A particularly interesting development has been Chico’s decision to grow his own medicine. The raw flowers will be processed for Chico by Aunt Zelda’s, the collective currently supplying the oil he uses.

This 14-Year-Old Grows His Own Medicine For Cancer TreatmentBesides legally growing his own medicine, Chico’s Kickin’ Cancer with a smile on his face.

Here’s the link to help Chico tell his story http://bit.ly/2c4QtEL

His mother encouraged Chico’s decision, proud that he is taking his health into his own hands and will potentially help others with extra medicine left over.

Angela saw firsthand how much cannabis oil made a difference in Chico’s fight, and believes that it truly helped save his life. She says that, “The cannabis oil quickly reduced his nausea and halted the progression of neuropathy, while also enabling him to wean off intravenous nutrition and opiates.”

Surprisingly, THC has been shown in preclinical research to induce programmed cell death in rhabdomyosarcoma cells, and may have likely helped directly fight the cancer as well.

A Film is in Production

Chico’s father is Paul Ryder, bassist for the Happy Mondays, a popular band in the United Kingdom. They recently hosted a show in the Ryders’ hometown of Manchester, England, as a celebration of Chico’s success.

The family is attempting to create a film out of the event and sell it to fans as a way to raise money for Chico’s continued medical expenses as well as his activist endeavors. The film will also include information about cannabis extracts as a treatment for cancer.

Chico has been crucial to cannabis and cancer research at UCLA and is featured in the upcoming documentary Weed The People by Ricki Lake and Abby Epstein.

We here at Illegally Healed are excited to see how Chico’s first grow turns out. It has also been wonderful to witness his recovery as well as his development as an activist

Although only 14 years old, Chico has acquired the wisdom of a lifetime, and is stoically intent on using his experience to improve the world and save lives. We will definitely be sure to keep you updated!

Chico’s mother provided a list of his current cancer treatment.

“He takes no pharmaceuticals whatsoever but does take a range of anti-cancer supplements alongside the cannabis oil.” Here’s the full list:

Also, during chemotherapy and radiation treatments:

* Chico Ryder is a legal medical marijuana patient in the state of California. His right to grow is protected by State law and recognized by multiple doctors.