Christine Stenquist is a 42-year-old mother of four from Kaysville, Utah, who says using medical cannabis gave her her life back and that more patients, even in states where it is illegal, need to make themselves heard.

Christine spent two decades in excruciating pain, cycling through pain meds, trapped in the quiet darkness of her bedroom. In 2012 she tried medical cannabis and since that time has weaned off her pharmaceuticals and founded the Drug Policy Project of Utah. By coming out of the cannabis closet, she has led the charge for medical cannabis legislation in the state. 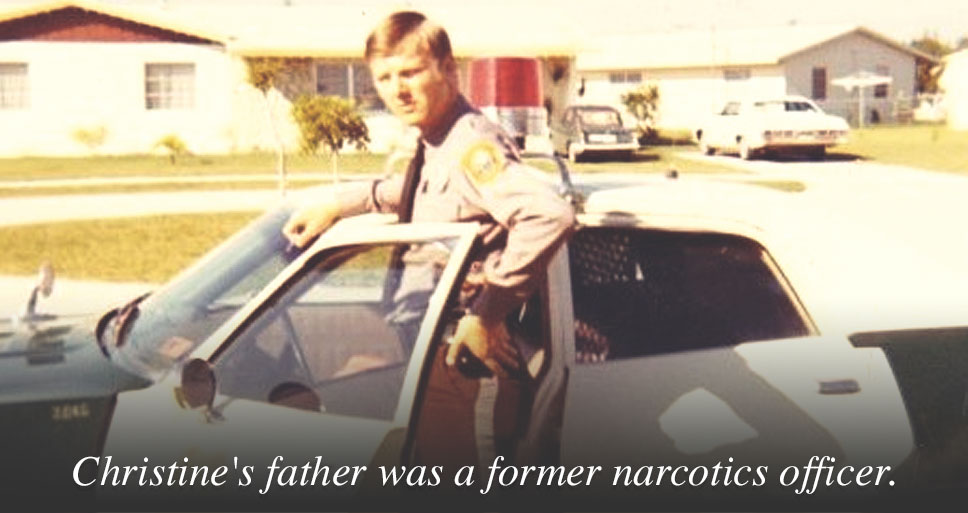 Christine was raised in Miami by her father, a proud Vietnam Veteran and well-respected narcotics officer. Christine’s father participated in the second-biggest cocaine bust in Miami history and served on the force for 27 years, and it wasn’t until she received his blessing that she tried cannabis.

Christine has been suffering from severe and chronic migraines since the age of seven. In her twenties a tumor was discovered in her brain and in 1996 she was diagnosed with an acoustic neuroma and underwent brain surgery to remove a portion of the tumor. Doctors could not remove the entire tumor for fear of causing nerve damage to her face and body. The tumor is benign and portions of it still sit on various nerves in her brain. 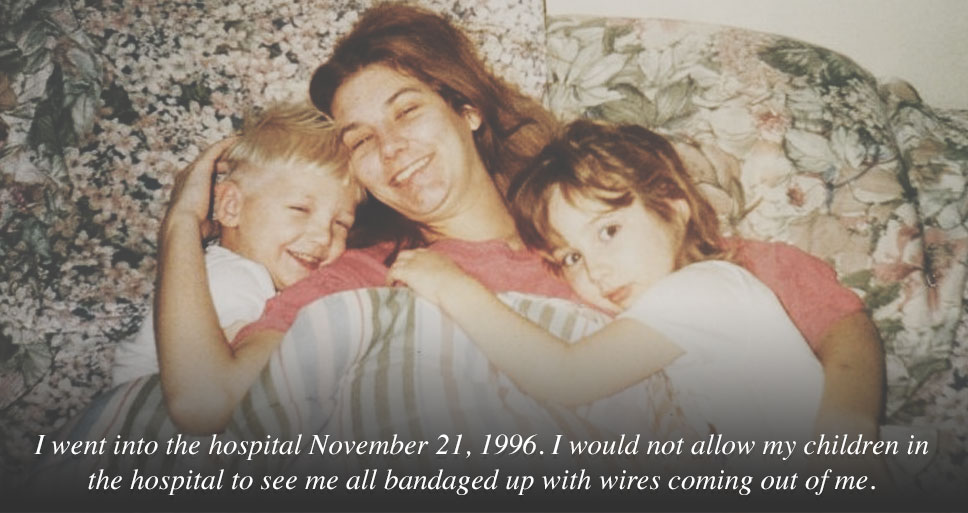 The symptoms of fibromyalgia came 15 months after brain surgery. She started having muscle spasms, vertigo, balance issues and unrelenting migraine pain. As her symptoms became increasingly severe, she could no longer hold a job, and so began over a decade in pain cycling through prescription drugs.

The Doctors Try Almost Everything

Her doctors continued to prescribe various painkillers, steroids, anti-depressants and anti-seizure medications. She received a steady dose of morphine through fentanyl patches and 450mg fentanyl suckers for breakthrough pain. She was prescribed over 60 Percocet a month, received trigger point injections at a pain clinic and got nerve ablations, to no avail. 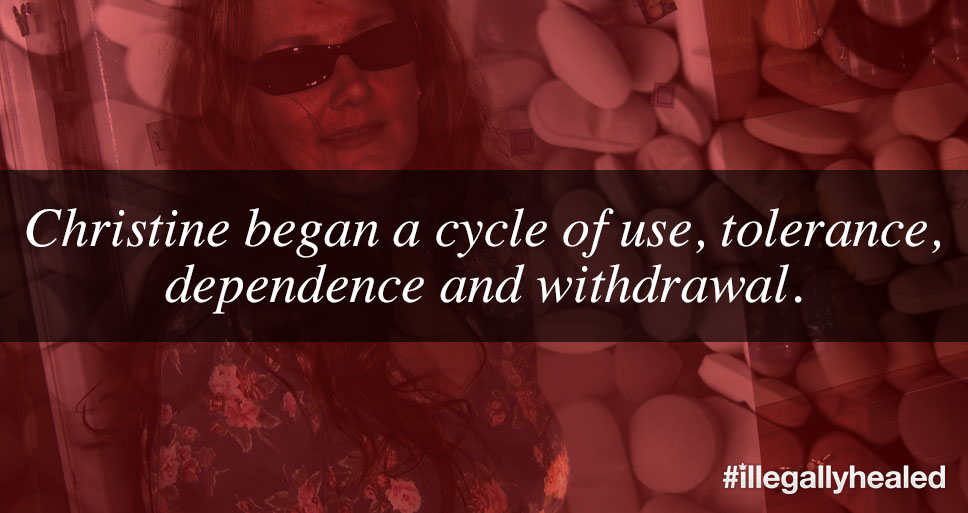 Christine cycled through over 30 drugs. At one point she was prescribed Marinol, a drug made of synthesized THC, to help with the nausea caused by the migraines, which she says exacerbated her condition, caused anxiety and made it difficult to stay awake.

Christine maintains a lot of guilt from using her prescription pharmaceuticals, as she didn’t use recreational drugs, nor was she comfortable being so heavily medicated. But, she says, it was all her doctors could do to treat the blinding pain.

In the fall of 2011 Christine became so ill she lost most of her mental and physical function. After three to five weeks in bed she was no longer walking or eating and wasting quickly. She was suffering painful migraines that kept her awake vomiting from the pain and has started having seizures. At that point her husband had to physically carry her into the shower just to bathe.

Christine says the low point came that winter when she had been in so much pain that she cut her arms to see if she could feel it anymore. Her husband got nervous and took her to the hospital where a doctor asked her if she was suicidal. She said that she wasn’t, but she was just in too much pain. The doctor offered her more medication.

“I had been on that stuff for years, I couldn’t do it anymore. My husband collapsed on the ground, he was just sobbing because after three months of me in bed and him caring for me and still maintaining a full-time job and caring for our children, it had just become too much.” says Christine. “We had hit the point where there were no more answers, no more help, no relief.”

Reconciling with the Drug War 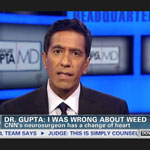 In 2013, the accepted success of medical cannabis started to work its way into the mainstream via Dr. Sanjay Gupta, CNN’s chief medical correspondent, neurosurgeon and one-time Obama Administration pick for Surgeon General of the United States. Gupta apologized publicly for not taking the issue seriously.

“I apologize because I didn’t look hard enough, until now,” Gupta said. “I didn’t review papers from smaller labs in other countries doing some remarkable research, and I was too dismissive of the loud chorus of legitimate patients whose symptoms improved on cannabis.”

After reading news articles and seeing television specials, Christine began to wonder if medical cannabis could help her, but it wasn’t until her father, the former narcotics cop, suggested she try it that she finally decided to do it.

“Part of me trying it was getting the ok from my father. I have a lot of respect for the law and for my dad,” says Christine. “I was able to try it because he was completely supportive.”

“The first year I was using I would cry and battle with the fact that I am breaking the law, but at the same time I am feeling good,” she says. “I used to cry often when I used my medicine. I would lock myself in my room and seal it off so the kids couldn’t smell it. I didn’t know what it was going to do to them. There was little information out there for patients. I lived in ignorance and I felt like a criminal locked up, but was so elated that something was finally helping me. It was very conflicting dealing with that. I was always plagued with guilt and anxiety.” 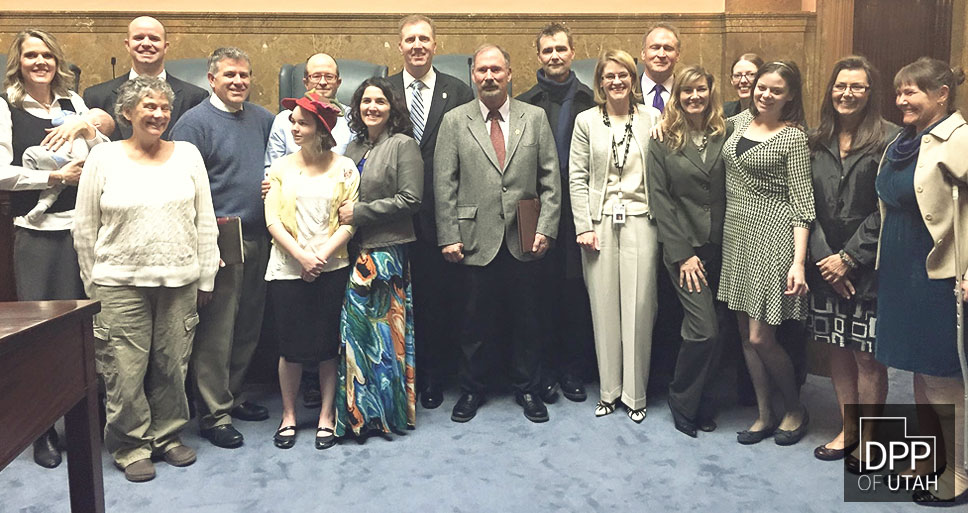 As more time passed Christine weaned herself off more pharmaceuticals and today is pharmaceutical free and can walk, drive and be present in her familys’ lives. After regaining her health, Christine founded the Drug Policy Project of Utah and became the executive director of the organization.

Leading the Charge in Utah

In February, she bravely told her story publicly in support of S.B. 259, the medical cannabis legislation that narrowly failed in the Utah Senate this year. By coming out of the cannabis closet, thousands of other patients have now been making themselves heard in Utah.

Christine’s goal today is to organize local patients and build the critical mass needed to get the medical cannabis legislation passed in 2016.

“I think people need to see a different face of medical cannabis users. They need to see that it is their moms and dads, their sisters and brothers their aunts, and uncles. It is their family members and members of our community who are suffering,” she concludes.