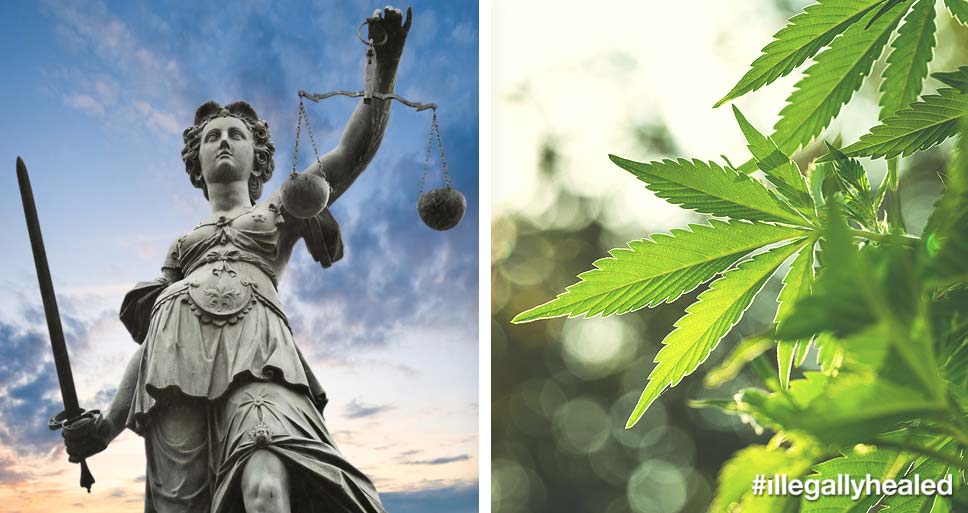 This week news broke of an appellate court decision here in my home state of Arizona which could spell trouble for the fledgling cannabis industry, and thousands of patients who depend on it.

The court in a 2-1 decision, ruled a patient in the medical marijuana program who was charged with possession of less than 2 grams of cannabis concentrate in 2013, was indeed guilty of violating the state’s criminal code. The accused claimed immunity as a certified patient under the Arizona Medical Marijuana Act (A.M.M.A.), qualified as such through his physician and the Arizona Department of Health Services.

His claim was denied.

The reasoning behind the court’s decision would be shocking, if this weren’t Arizona. After all this is home to the likes of Joe Arpaio. With these type of individuals at the helm, outside of the now reeling medical cannabis industry, Arizona is one of the strictest prohibitionist states in the union.

According to the ruling majority, because the accused was in possession of concentrated “cannabis,” and not the “benign” plant known as “marijuana,” he’s guilty of violating the state’s criminal code. A code which identifies hashish, that is, the separated resin of the ‘marijuana plant,” as an illicit narcotic. Confusing, isn’t it?

In their own words:

“The parties agree hashish is a form of cannabis distinguishable from the green leafy substance commonly referred to as marijuana. They likewise agree cannabis is classified as a narcotic drug and that its possession is generally prohibited in Arizona’s criminal code.

The parties disagree as to whether hashish is included within the A.M.M.A.’s immunities. Jones argues hashish is a preparation of the marijuana plant and, because he possessed less than 2.5 ounces of hashish, he was immune from prosecution for its possession.

The state argues possession and use of cannabis is not protected by the AMMA because it is neither marijuana nor a preparation thereof, but is merely the separation of one part of the plant from another.”

You know what, I think that actually made things more confusing … I’m sorry. You try working with this shit. It defies logic. The point of this article is to highlight the lengths to which these fanatical hardliners will go in order to bring about their ideal status quo of yesteryear — where nobody took exception to disappearing people into our criminal “justice” system.

But wait, there’s hope. A small ray of light peaking through from the abyss. In his spot on opinion, the dissenting judge stated very clearly his colleagues are off their rockers, respectfully. “The resin extracted from the marijuana plant — cannabis — is a part of a plant of the genus cannabis, just as sap is a part of a tree. Cannabis is therefore “marijuana,” as defined within the A.M.M.A., and subject to its protections … a prior understanding of the term, memorialized in a separate section of the [criminal] code cannot supplant that definition.”

Although his opinion clearly carried no weight in this decision, it sure is refreshing to have a judge exercise common sense from the bench, even if he was outnumbered by the willfully ignorant. Unfortunately, with respect to the individual who was charged, and who subsequently served a total of 366 days in prison, he’s already been sucked into the spiderweb of prohibition. He can’t get his time back. He’s stuck with those mental scars, and his scarlet letter.

When I asked a friend of mine what she thought of this case, she got straight to the point. Her response resonated with me, so now I’m sharing it with you. “No one should get the kind of jail time this man has been given for possessing such a small amount of hash. It simply flies in the face of the massive reform that has happened not just nationwide but globally. It is cruel and inhumane.”

Keep in mind that as of 6/26/2018, every single one of us in the state of Arizona who use cannabis concentrates medicinally are now risking felony charges. Those of us working at the grows, and in the dispensaries, risk manufacturing charges to boot.

By the way, on that note. If you’re a cannabis patient reading this from Arizona who thinks you’ll be in the clear because you don’t use concentrates … look around, do you use a grinder to break up your bud? You know the kief collecting at the bottom of your grinder? That’s now a felony, and the grinder is what you used to manufacture it … you’re at risk of facing hefty charges.

Also if you do use concentrates, don’t forget the paraphernalia that goes along with them, including the containers to hold the substance in. This is serious, and you should act accordingly. These charges can add up quickly. If caught you could be facing significant prison time, not to mention Child Protection Services involvement for you parents, along with the risk of losing your assets, careers, and benefits (for you veterans out there) if forced to go through lengthy court proceedings.

Basically, we’re back to prohibition in the Grand Canyon State.

This may not be the last time you hear of the state of Arizona v. Jones though, as it may be headed to the state supreme court. If they decide to hear the case at least the cannabis patients of Arizona like myself, many of whom are veterans, still have a fighting chance to make this right.

In the end, I believe it will be made right.

Otherwise, each of us risk incarceration … again, for the “crime” of healing ourselves in the land of the free, and home of the brave.

Ricardo Pereyda is a founding member of The 1620 Legion, an online platform that shares perspectives from veterans in the cannabis movement. A Fellow of the Arizona Center for Civic Leadership, Ricardo has been a long time advocate for veterans using cannabis and receiving treatment through the VA.