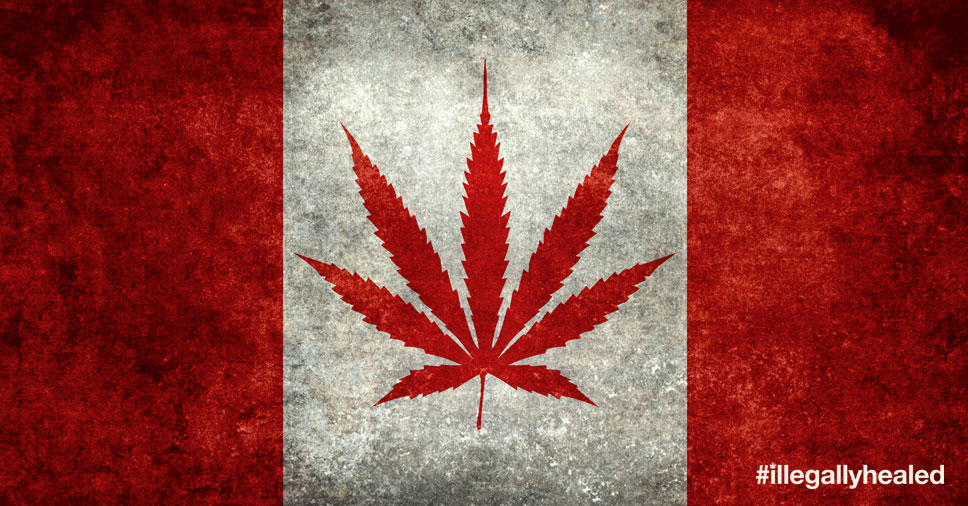 Way back when Tweed’s takeover of the Smith’s Falls Hershey Plant was just a twinkle in Chuck Rifici’s eye, I tweeted to him:

Chuck and his team were in the initial stages of getting approval and setting up their Cannabis gardens in the very spot where chocolate was once processed and boxed. The Hershey Factory was a place I knew well. Growing up a mere half hour away from Smith’s Falls awarded me many a visit to stock up on treats.

If my memory serves me correctly, Chuck responded on twitter with:

Yes it does. #ChocolateKush anyone? 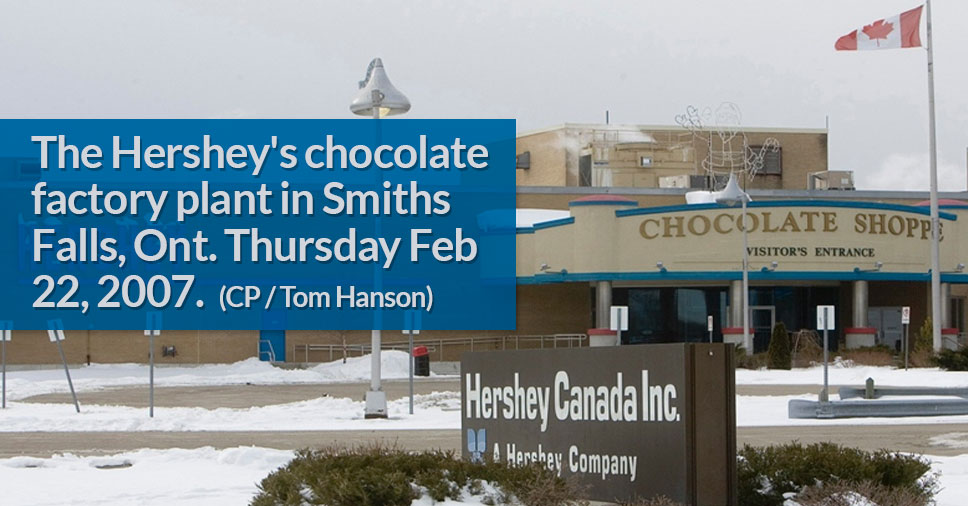 That exchange began my interest in following Tweed’s activities. I saw Chuck interviewed in Toronto where he stated that he himself would be Tweed’s first Cannabis patient. I saw right then that this was not merely a potentially profitable business move for Mr. Rifici, but it held personal interest to him and his health and well-being.

I write today, because the battle is far from over

Right now, as the Licensed Producers avidly grow our green medicine, and as LP hopefuls jump through loop-hole after firey loop-hole for approval from Health Canada, the medicine they grow and hope to grow is being actively banned from use in many Canadian hospitals. One would think that after fifteen LP’s put in the time and uber investment, attained approval, and were doing business selling their product, that said product would hold some form of respect. But it really doesn’t … at least not with law-makers and our current conservative government.

Dear Licensed Producer… I’ve been dying to know some things. I try to put myself in all shoes at least once in this lifetime, so I wanna know what you think of the current state of medicine in Canada?

So tell me, how does it make your gardening genius’s feel as they look at their Horticultural degrees from Queens or schools of the like, to know that their incredible, university-caliber knowledge is not being recognized for what it is? I mean, they’re growing medicine to save and extend lives. That’s nothing to ban!

But it’s being done.

Alberta Health Services suddenly ceased allowing a certain legal Cannabis patient to use the vaporized Cannabinoid therapy that two doctors and a pain specialist recommend for her chronic painful condition. Up until late 2013, this individual could take her hospital-approved vaporizer and use it right in her hospital bed. You can read my own blog post about Lisa HERE and another piece with more detail HERE. Her battle rages on … as does her ill health.

Tell me how it makes you feel as you start a new tray of clones of a plant whose Cannabinoid makeup is geared to specific ailments, when you are reminded that Health Canada states HERE that not only do they not believe it’s medicine you’re growing, but that the only reason they’re allowing you to grow it, is because of a court order. Holy shamoly … talk about improving your bed side manner Doc! 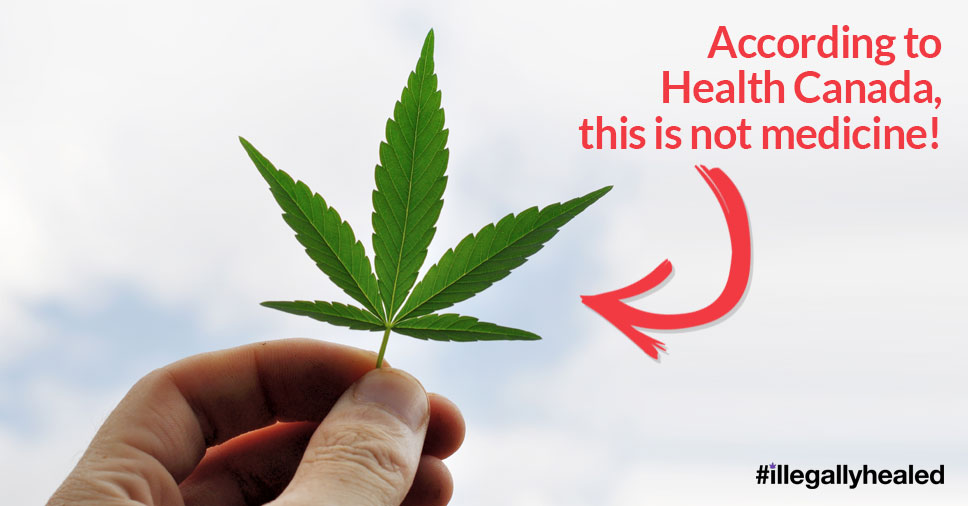 How does it make you feel that thousands of people in Canada could be helped with the flowers of your plants yet cannot find a Doctor willing to prescribe it? It’s even more maddening to know that Health Canada hasn’t even begun to think about educating our medical doctors about Cannabis either. They’d have to study it first, and who would pay for that?

I mean, I feel angry FOR you. I used to be in the car biz, tell me how this isn’t some sick form of bait & switch? You as Licensed Producers have invested millions in dollars, time, real estate, staffing, security fencing and cameras, and yet you’re still being treated like children. You’re still being hounded by new regulations to keep us safe (ya right) that is in turn driving the price of our medicine right through the roof. One gram on the street costs $10 while some of you reportedly charge up to $32 for one gram.

Capitalism or the cost of doing business in an illogically regulated industry?

Tell me, do any of the six pharmaceutical companies lining up to produce generic hillbilly heroin have to invest in fencing to surround their factory? Do they have to have cameras up everywhere? Are they allowed to advertise stating active ingredients and potential benefits?

How does it make you feel to know that Sunovion Pharma, the makers of Lun*esta can use that adorable butterfly to connect positive correlations to their pill, but you cannot use the same type of imagery as stated HERE in this recently released bulletin from Health Canada regarding advertising. How does it make you feel to know that every single pill made for sale in Canada is allowed to print clearly what their active ingredients are, but you are not. Is there no desire for us to “medicate responsibly” if we choose to use a flower? Or is that concerned warning only for those choosing man-made products?

How does it make you feel to know that most Doctors, Researchers, or Pharmacists still don’t have a friggin clue what all this plant can do? That most of them still think the only way to use it is to smoke it? Hell … I had a pharmacist follow me around Lobl@ws this summer because I was wearing my “I Kill Cancer” t-shirt from the Kill Your Own Cancer site. That was funny, he timed it just right and I even moved my purse strap outta the way so he could be sure to see the web site and buy his own t-shirt … so can you btw 🙂 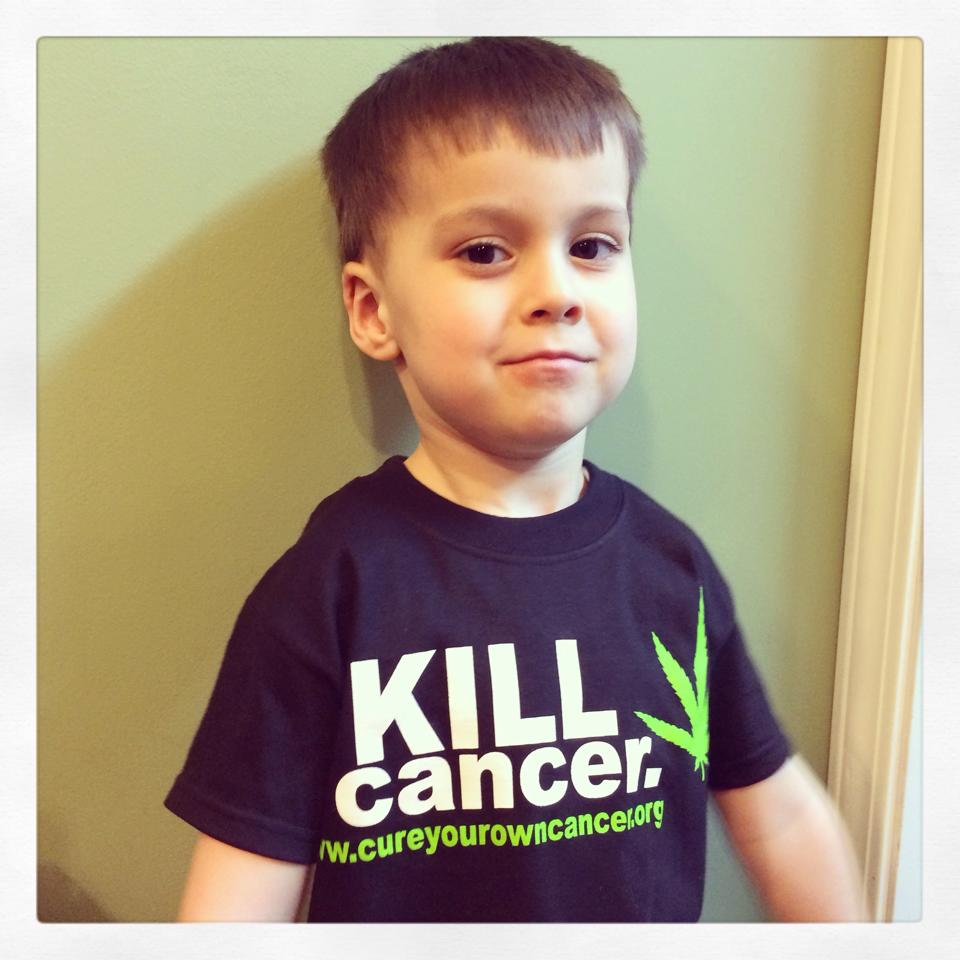 How does it make you feel to have to get your Administrative staff to call every single Doctor who recommends this plant that has never killed anyone? Doesn’t it piss you off that, as stated HERE you have to make these redundant phone calls to verify information that would never have to be verified if the prescription were for reverse-engineered Heroin or Proz@c? Where is the logic in that? It’s just more time and hindrance, yet another way for you to lose support from Medical office staff everywhere who are far too busy to answer any of your questions.

I can only imagine how it must feel for your Horticulturalists to know that their pungent and healing flowers have to be irradiated before the patient gets them. Irradiated … as in … microwaved. I can’t imagine that would sit well with many of them. And because of these asinine regulations requiring such super-sterility, many interested Canadians hate you. I just read an activist write that the LP’s are no more your friends than is Walm@rt. Ouch.

Yet if you were to look at things from a legal patient’s point of view, the whole LP project is a kick in the teeth. Do you know what teeth signify in dreams my friends? The ability to protect yourself, defend yourself, sustain yourself. Many legal patients could do themselves what you do for them, and do it much more affordably. Seeing, hearing, and learning that pounds upon pounds of useful plant material is thrown out or burned due to ‘sterility’ concerns, just leaves us angst. All that medicine gone. All of those lives … still in struggle when those leaves could help.

Seriously, I ask once again in rhetoric … “where are the studies proving cigarettes are safe and sterile?”.

It’s just around the corner they say, that being the complete and total reverse-engineering of all naturally sourced vitamins and minerals. I mean, we see that the LP’s aren’t allowed to tell you what any of their medicine does, though we’ve known for over 5000 years that a compound in most kush strains called Cannabinol will help you to sleep. Read more about CBN here. Cannabis is not the only industry to see this. Soon, eating an orange to get vitamin C will be shunned. As it is, we’re engineering grapefruits so they don’t contraindicate with some antidepressants. Makes me chuckle considering some people I know would get more beneficial effects from peeling an uplifting smelling grapefruit than they would get from any of those pills. Myself being one of them.

Here’s the meat and potatoes of this post. When you shake it all out, you see that the Cannabis flowers you grow are great medicine. But you gotta be rich to afford them. Take a look at this:

One legal grower and Cannabis patient states that she can grow her own organic medicine for 5 cents per gram. Shall we do that math too?

Health Canada could look at this like most humans do, seeing that this price scale is unethical and needs to be analyzed more thoroughly. Yet the state of pricing being what it is, clearly reiterates what Health Canada wants you to know when it comes to Marijuana as stated HERE on their website:

“Dried Marijuana is not an approved drug or medicine in Canada. The Government of Canada does not endorse the use of Marijuana, but the courts have required reasonable access to a legal source of Marijuana when authorized by a physician.”

Do the courts say anything about human rights and the need to be able to AFFORD your medicine?

If any of you busy gardening genius’s can spare a moment, I’d love to get some feedback and hear your honest side of this on-going story.