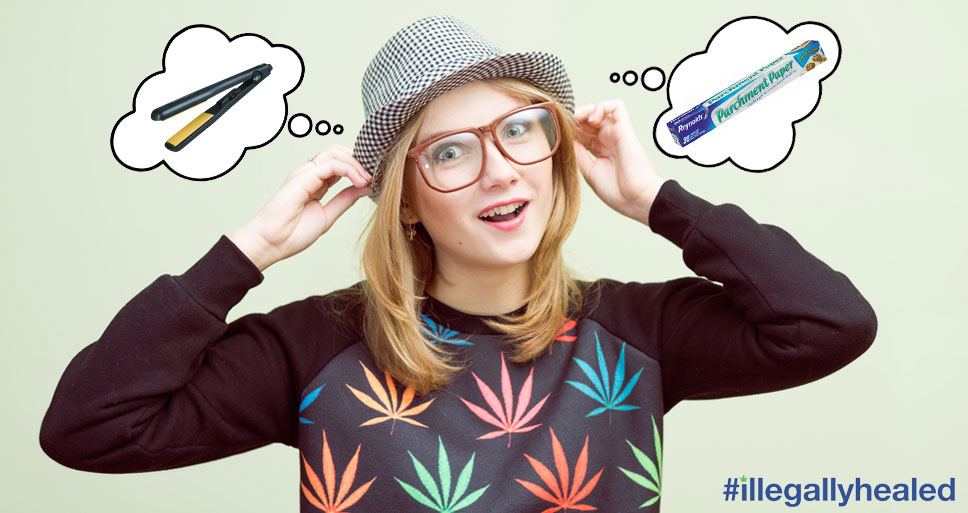 I’ve written before about how much I admire the art or science of alchemy. Creating. It’s an admirable thing no matter what the end result is. But when the end result puts a smile on your face, then even the act of creating this thing, can be a part of the thrill. If the product of your alchemic process–whatever that may be– alters your thoughts from negative or apathetic to positive and happy, then all the more reason to try it.

I rarely use the word “pothead” because it has a certain image attached to it. Yet these potheads … they can be productive and adaptable.

Solvents are explosive. Care must be taken.

Nowadays, there are more ways to create medicinal cannabis concentrate than ever before, and not all of them without danger. When I hear of an explosion in a home, I pray it wasn’t in the alchemic process, but sometimes it is.  Some say laws need to be made. In fact, Colorado voted in April to make it a felony to use explosive gases to make hash oil at home.

One such alchemist has come up with a brilliant way to produce concentrate without a solvent and by the sounds of things, it’s really catching on. They call it the Rosin technique and aside from your Cannabis bud, the process only requires two things: a flat iron for hair straightening, and some parchment paper (not to be confused with wax paper).

As you can see from the pics in this article it quite literally liquefies and then squeezes the resins right out of the bud. 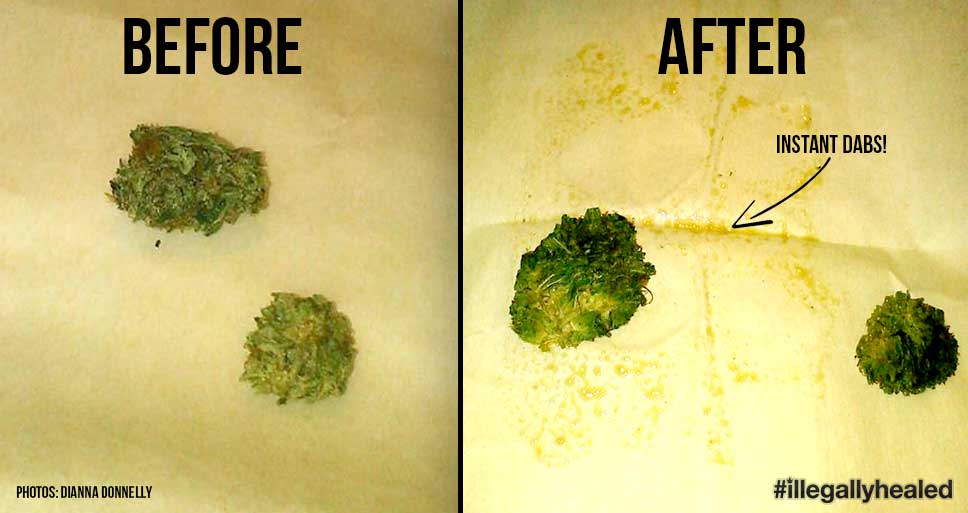 So the couch activist gave it a whirl … and ya … it works!

I used .47g of mid grade og kush and got a substantial sized caramel coloured dab. I wasn’t able to accurately measure the heat on my old iron but I pressed it down hard for about seven seconds. The vapor coming up was identical to vapourized cannabis, so I may have been too hot. But wow it was nice.

Of course I have questions .. I always have questions. Does this process of heat and pressure extract the same quantity of cannabinoids that a solvent extracts? I can’t wait til they make at-home concentrate testing devices. They could call it the “iTest” 🙂 But if it does extract comparable amounts, it’s a fairly substantial cost reduction vs using a Honey-Bee extractor and expensive butane. And the safety issue is as they say … priceless.

I’m a totally “waste-not/want-not” kind of person so I not only want to know about the end-product of the process, but I also want to know if the bud is useful after it’s been pressed and heated. I will say, it has a slightly popcorn-y scent to it. I wonder if any cannabinoids remain? I wonder if you could now grind it up and wash it with a solvent and get even more compounds out? The beauty is, if I have these queries, then I know others do too. I’m sure someone is testing and dabbing and sampling even as we speak.

Editor’s Note: This test was conducted in Canada where medical cannabis and the Rosin Technique is legal. Originally posted on The Couch Activist.