The 2014 Marijuana for Medical Professionals Conference was a groundbreaking event aimed at educating doctors on how to really use cannabis as medicine. Most doctors are currently unable to answer concerns from their patients about how to use medicinal cannabis, including questions related to dosing, THC:CBD ratios, and administration routes.

Thankfully, the event effectively informed hundreds of doctors about these issues, and conveyed the real potential of cannabis as a first line medicine for a variety of diseases.

The first day’s highlight was Dr. Raphael Mechoulam, who famously discovered THC in 1964 in Israel. His presentation (via Skype) was remarkably informative and discussed cannabinoids as possible major drugs, for conditions ranging from diabetes to brain traumas.

Many therapeutic effects stem from the interaction of cannabinoids with DNA, in addition to systemic antioxidant and neuroprotective properties. 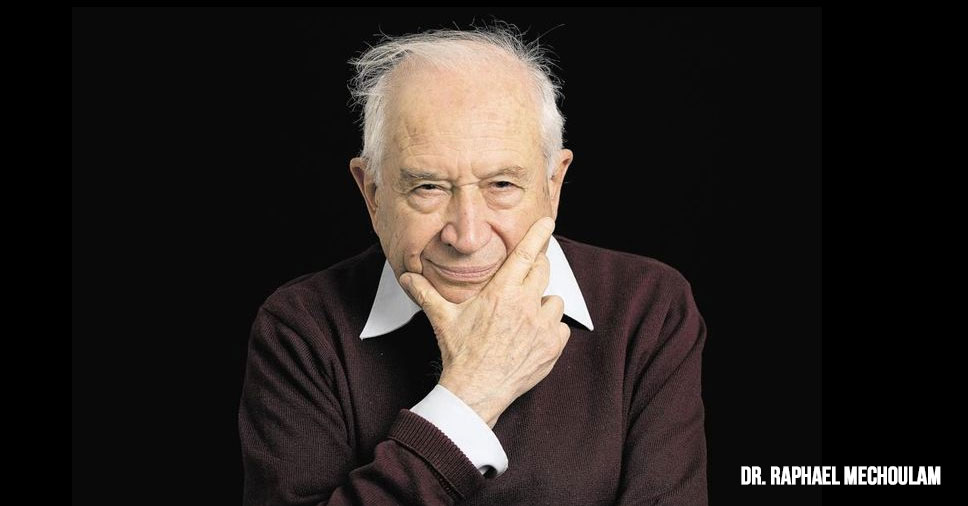 Dr. Mechoulam was thoughtfully preceded by Laura Borgelt, a pharmacist who extensively analyzed drug interactions of cannabinoids along with mechanisms of cannabinoid pharmacodynamics and pharmacokinetics. The two of them alone effectively demonstrated what cannabis can do and the overall theories of how it works in the body.

The second day opened with Jerry Chesler, an Arizona attorney who discussed legal issues surrounding cannabis. Interestingly, he also addressed scientific aspects including the role of terpenes and the extraordinary benefits of CBD. He also mentioned how across the country he’s hearing of children sent home to die who are becoming cancer free with cannabis extracts. “I know it’s anecdotal, but when parents are telling me this I tend to believe them,” said Chesler.

Many patients turn to cannabis as a last resort, but it more often should be considered as a first line medicine.

-Mary Lynn Mathre, executive director of Patients Out of Time, who also stated “cannabis should be unscheduled entirely.” 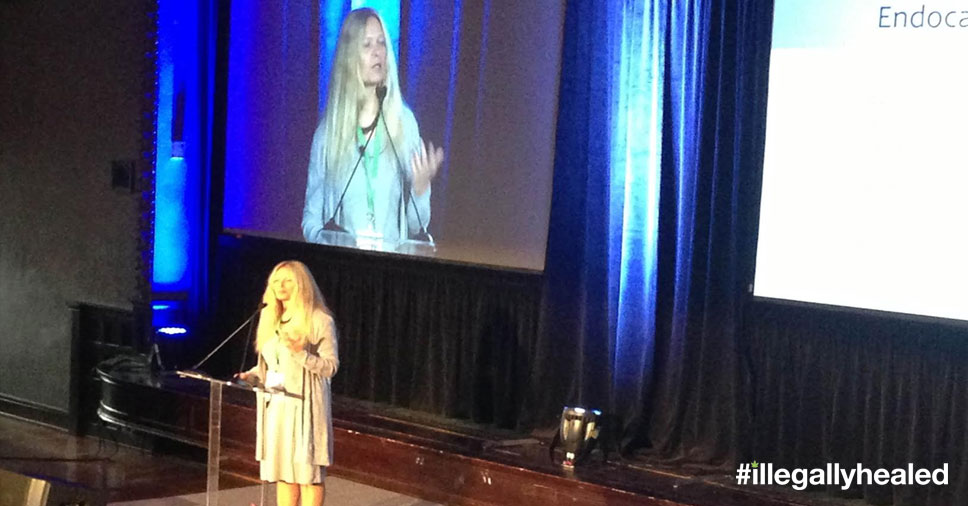 As a nurse, the more Mathre learned about cannabis, the more she saw the harms in traditional pharmaceuticals, virtually all of which have harmful side effects and overdose potential.

Mathre stated tolerance develops to cannabis’ euphoric effects but not therapeutic effects, an insight she gained from watching federal medical cannabis patients use the same types and amounts of cannabis for decades.

Dr. Donald Abrams of San Francisco General Hospital discussed cannabis in oncology, and the profound benefits of cannabinoids for mitigating the side effects of chemotherapy and cancer. He also discussed some of the science behind how cannabinoids combat cancer.

Dr. William Courtney, who presented shortly after Dr. Abrams, remarked on a patient sent home to die with a brain tumor whose last five MRIs have shown complete remission, a success achieved through juicing cannabis. Given that both decarboxylated and raw acidic cannabinoids have shown anticancer potential, such results are more than theoretically possible.

The exploding interest in cannabis for epilepsy made Dr. Margaret Gedde’s presentation especially valuable. She discussed the use of various cannabinoid formulations for different types of epilepsy. Data was compared among patients who used CBD-rich, THC-rich, THCA + CBD-rich, and industrial hemp CBD products. Over 70% of patients displayed some to high improvement in conditions for which no pharmaceuticals are effective, as measured by seizure reduction. The positive side effects included better behavior and improved cognition, which drastically outweighed negative side effects like drowsiness.

Dr. Gedde also remarked that a third of patients experienced better seizure control after reducing the cannabis dose, indicating the importance of dosing and the biphasic effect, in which beneficial effects decline after doses exceed a certain level. 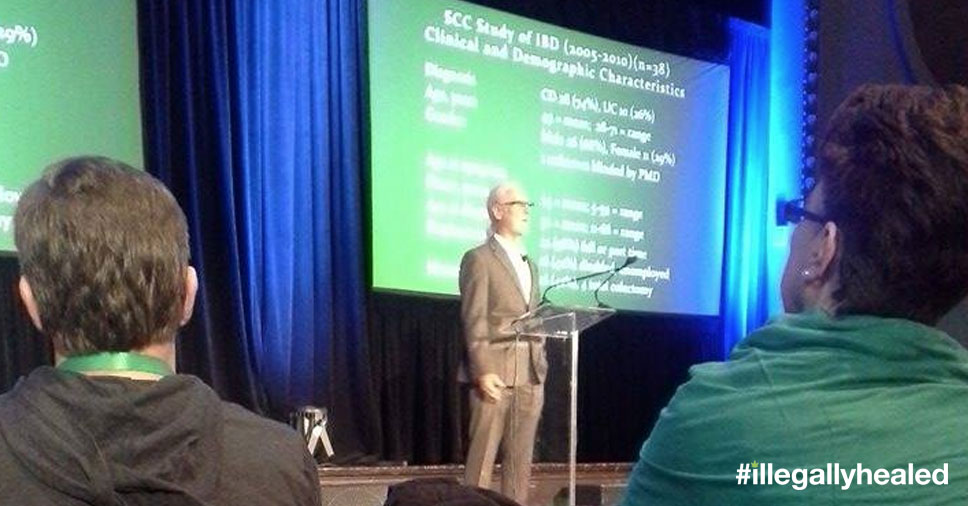 Another terrible disease that greatly affects the mind is Alzheimer’s, in which patients forget everything about who they are and engage in a wide variety of inappropriate behaviors. Dr. Jeffrey Hergenrather presented stunning results on severe Alzheimer’s patients using cannabis in a nursing home setting. He shared medical observations on over a dozen patients, which included resolution of abnormal behaviors and cessation of dangerous pharmaceutical treatments with “black box” death warnings.

Crohn’s disease also responds very well, and Dr. Hergenrather shared statistically significant data on cannabis improving virtually all symptoms of Crohn’s. He also remarked that cannabinoids “kill cancer in many and most cases”, mentioning effectiveness against colon cancer and throwing in that topical use is effective for skin cancer.

Martin Lee, founder of Project CBD, made a compelling case for whole plant medicine while sharing incredible studies about what CBD alone can do. From fighting cancer at the genetic level to reducing seizures and protecting the brain, CBD is definitely the Superman of the cannabinoid world, but needs other cannabinoids and terpenoids to reach its full potential.

One of the most unique presentations came from Jason Lauve, who is pioneering the hemp industry in Colorado. The audience routinely gasped as Lauve discussed how many things hemp can be used for, and how its applications can heal the Earth, clean the air, and produce revolutionary products like breathable hemp casts and more resilient cars. After his talk, it was clear the benefits of industrial cannabis are nearly on par with the medical benefits.

Dr. Lester Grinspoon, a retired professor from Harvard University, appeared via Skype to discuss the background and history of medical cannabis. As with Dr. Mechoulam, his analysis was expectedly impressive and he took time to answer questions from the audience, including the niece of Harry Anslinger (who thankfully does not share his opinions). 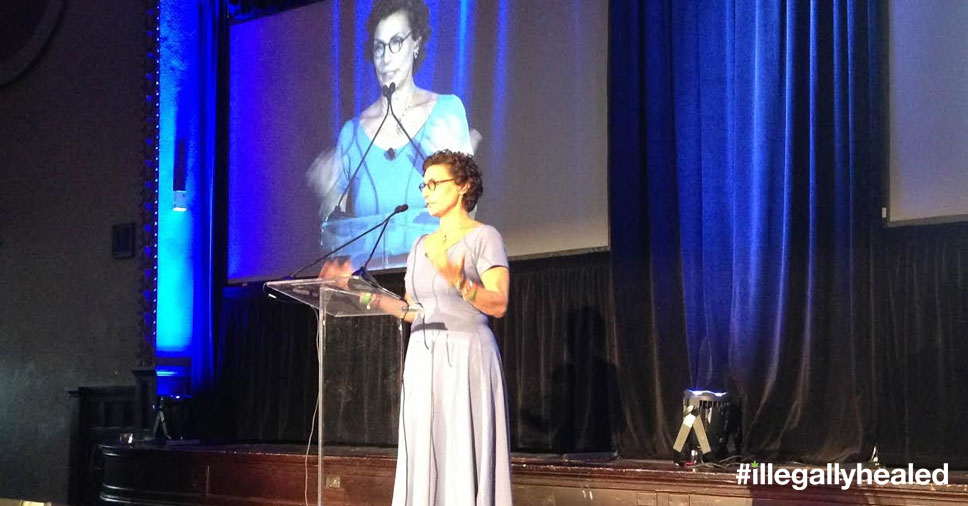 Perhaps the most incredible presentation came from Mara Gordon, the proprietor of Aunt Zelda’s. She provided extensive details on five pediatric cancer cases, including optic pathway glioma, rhabdomyosarcoma, astrocytoma, pineoblastoma, and precursor B acute lymphoblastic leukemia. All of these cases were not responding well to chemotherapy, yet when combined with cannabis, both the horrific side effects of chemotherapy and the cancers themselves dramatically reduced. Gordon emphasized the importance of consistent dosing and nutrition to maximize the anticancer effects of cannabinoids. Her presentation closed out the conference and drew a well-deserved standing ovation.

The event was organized by Martha Montemayor and Sarara Corva, who respectively directed and coordinated the event. In a brief interview, Corva stated her goal was to bring minds together to learn and spread information to the next generation of doctors, many of whom knew nothing about actual treatment of patients with cannabis. Their objectives were undeniably exceeded, as behind the scenes many doctors were expressing their elation at finally learning how to more effectively help their patients. Both organizers delivered great presentations of their own to an audience consisting of around 400 doctors and medical professionals.

Overall, the 2014 Marijuana for Medical Professionals Conference was an unprecedented success. Doctors now understand on a new level the importance of access to and research of cannabinoid medicines. Dr. David Bearman, founder of the American Academy of Cannabinoid Medicine, stated there was no excuse not to do double-blind clinical trials of cannabis for cancer, as the scientific and anecdotal evidence is more than enough to justify such trials.

By the end of the Conference, doctors were already asking Montemayor and Corva when the next event would be. Given the immensely positive response, it probably won’t be far off.

Did you attend the 2014 Marijuana for Medical Professionals Conference?  What was your biggest take away?  Let us know in the description below.