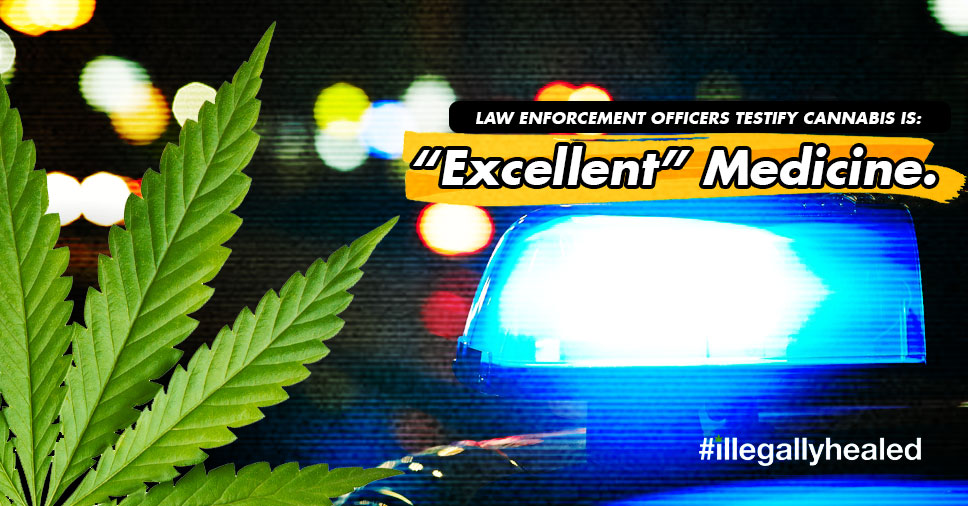 GRAND RAPIDS- Law enforcement officers say the marijuana butter they used gave “excellent” results and cannabis “gave me my life back” during testimony in a twisted case that has already driven one officer to take his own life.

As chronicled in a series of articles published by the MLive Media Group, three corrections officers including Mike Frederick and Todd VanDoorne secured their medical marijuana physician’s certification from a pain management doctor. In 2011 or 2012 the officers began using butter infused with marijuana, which they purchased from licensed caregiver Timothy Scherzer, to alleviate pain.

In July of 2013 the Michigan Court of Appeals ruled that concentrated forms of marijuana, such as the butter the officers consumed, were no longer included within the protections of the Michigan Medical Marihuana Act (MMMA). According to attorneys, the officers had no idea the interpretation of law had changed and simply continued their successful treatment program using the medicated brownies. The officers were found out, their homes were raided in March of 2014 and drug charges were filed against several people.

The third officer, Timothy Bernhardt, plead guilty to maintaining a drug house and other charges. After facing the loss of his career and the potential of testifying against his fellow officers, Bernhardt committed suicide on November 16.

Frederick and VanDoorne were in court for an evidentiary hearing Jan. 21 when the testimony about marijuana’s beneficial effects was given.

“The medical marijuana was excellent, completely different from the narcotics. I could still do things, still carry on daily chores,” VanDoorne testified.

Both men began using brownies containing marijuana-infused butter in 2011 or 2012. According to their own sworn testimony the marijuana treatments were far superior to the prescription medications the officers had initially been prescribed.

Years ago, VanDoorne underwent surgery to fuse vertebrae together and suffers from chronic pain. He was put on a standard pain treatment program featuring prescription-strength pain killers. The side effects those medications had on the corrections officer left him sometimes lethargic, and sometimes angry.

When VanDoorne used the cannabis medicine he found a very different result.

It gave me my life back. It was a good thing.

His co-defendant Frederick also testified to the medicinal benefits of using brownies made with the medicated butter. Frederick has diabetes and neuropathy.

One of the men charged in the case was Brian Tennant, who had more than 20 years on the force in the Kent County Sheriff Department. His wife is a registered medical marijuana patient, and Tennant typically picked up the pre-made medicated butter for her and the other officers from Scherzer. “I pick up prescriptions for my wife… I believed I was operating within the law,” he said during testimony in December.

At that time his attorney Jeffrey Crampton said, “We are extremely disappointed that the sheriff and prosecutor teamed up in a witch hunt to prosecute four distinguished corrections officers who had no idea that marijuana butter had been ruled illegal by the Michigan Court of Appeals in a twisted bit of logic.” Tennant plead guilty and received probation, a $10,000 fine and the loss of his job.

The charges against the officers stem from their possession of medicated butter and brownies made from it, and how much they weigh.

Bruce Block, attorney for VanDoorne, on January 22 introduced a recipe into evidence that explains two ounces of dry, usable marijuana are used to produce two pounds of marijuana butter, and under Section 4 of the Michigan Medical Marihuana Act (MMA) each patient is allowed to possess up to 2.5 ounces. VanDoorne had one pound of butter and one batch of brownies taken from his home by investigators. The prosecution argues that the entire weight of the butter and brownies be used as the measurement for determining legal compliance.

Judge Leiber will evaluate the Frederick/VanDoorne case and determine if there is enough evidence to warrant a jury trial. He is expected to issue a written opinion.

Rick Thompson was the Editor in Chief for the entire 2-year run of the Michigan Medical Marijuana Magazine, was the spokesman for the Michigan Association of Compassion Centers and is the current Editor and Lead Blogger for The Compassion Chronicles. Rick has addressed committees in both the House and Senate, has authored over 200 articles on marijuana and is a professional photographer.