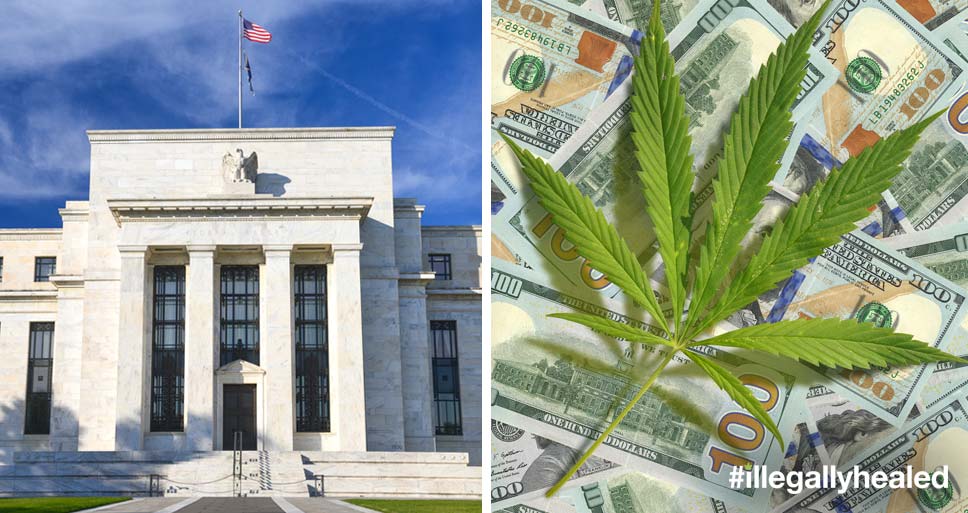 In August of this year the Federal Government and the Drug Enforcement Administration dangled the “carrot of rescheduling” over the American people, but pulled it away again, only to open the door for further research. In other words they still have friends who can patent “inventions” based on natural cannabinoids and derivative compounds. After years of watching this kind of bullshit I decided to dig in and find evidence so shortly after confirmation of the decision to retain a Schedule 1 status for Cannabis, and this is what I found.

There has long been an invisible thread that sutures the heart of business ventures to the flesh of the general population. That which keeps a few wealthy families in a place of dominion over us, the cogs of society, who are comprised of hard workers who ask few questions of that great machine known as our Global Economy.

This thread has now been cut, and we will ultimately pull at this hidden thread until the falsehoods of the leaders of these “Divided States of Americorp” have been exposed and those who profited from the imprisonment, suffering, and isolation of the general population should be held accountable for such crimes.

I shall now supply evidence which will expose the FACT that our Government not only knows about the medicinal values of natural cannabinoid compounds, but there are certain Government Organizations who have paid researchers to find useful properties within substances that are Illegal in whole and/or in part according to the DEA’s Schedule-1 Controlled Substances List.

This makes us wonder how many other patents for pharmaceutical compounds made from cannabinoids and their derivatives are owned partially or in full by the same Governments which claims that they have “No Medical Value” as a requirement for being listed under the Controlled Substances Act Schedule 1 Substances level.

So now we can go to the USPTO Archive search site, and from there if we search for ‘Cannabinoid’ AND ‘Government’ we get almost 400 patents for inventions involving cannabinoids that were funded by grants from various Government Agencies and therefore are partially owned by the US Government.

So where should we continue the quest for truth?

At the beginning of course. So, I started by jumping to the oldest patent and reading through many of the hundreds of listed patents when I noticed that the partial chemical structure “3-alkyl-6H- dibenzo[b,d]pyrans” had been reoccurring in some of the earliest patents for medicinal compounds, and that this chemical structure was nearly identical to the “3-pentyl-6H-dibenzo[b,d]pyrans” group which is part of the makeup of ‘cannabidiol’ (CBD) a minor component of the Cannabis plant. I then noticed that many of the older patent documents referred to cannabis using the American slang term marijuana or marihuana and realized I needed to broaden my search parameters.

Upon my re-examination of several patents, their wordings and descriptive background research documents, I discovered patent #6166066 – ‘Cannabinoids selective for the CB2 receptor’ – which led me to patent #3886184 – ‘Aminodibenzo(b,d)pyrans useful as analgesic agents’ – and patent #3915996 – ‘Process for making benzopyrans’ – which led to patent #2419934 – ‘Tetrahydro-dibenzopyrans Having Marihuana Activity & Process’ and patent #2419935 – ‘Marihuana Active Compounds’.

It was then apparent that any patent, and/or process to isolate and/or activate the CB2 receptor, could possibly be using an analog or derivative of the cannabinoid compounds which occur naturally in the cannabis plant. Patent #5872148 – ‘Compositions useful as a cannabinoid receptor probe’ – led me to patent #3897306.

I eventually focused my search on the patents referencing “marihuana”, as these were more accurate in their background research references and descriptive terminology than those filed after the US Government classified Cannabis/Marijuana as a Schedule 1 Substance in the 1970s. After weeks of researching these documents I came across patent #6410588 – ‘Use of cannabinoids as anti-inflammatory agents’ – which led me to patent #4973603 – ‘Platelet activating factor antagonists’. This was where I found the truth.

A pharmaceutical company and banking institutions who share ownership of an invention created using knowledge gained through Government grant money, that is the reason why Cannabis is illegal… The only way that synthetic reproductions of compounds found in a natural abundance could be sold to the public at a tremendous mark-up price was to change the name and sell contracting rights for the manufacture of these compounds to Financial Institutions while simultaneously making it a crime for everyone else to produce them.

So now many of the natural compounds produced by the cannabis plant are owned by or previously licensed to banking firms, investment companies, pharmaceutical developers, Medical Schools or Universities and several US Government Agencies. That is why they will not allow cannabis businesses to have legal banking, because the banks already own many of the constituents and derivative compounds found within the natural plant and therefore it would seem to be an obvious conflict of interest if these facts were made public.

The reason why these Governments and Companies have done this in secret are clear… monetary gains. The NIH (National Institute of Health) advises the NIDA (National Institute of Drug Abuse), the FDA (Food and Drug Administration) and the DEA (Drug Enforcement Administration) so there would seem to be a conflict of interest concerning the flow of knowledge coming from Government Grant related inventions involving cannabis.

But How Did They Do It?

How they have been able to hide this collusion of industry, medicine & Government is written into rules of law through United States Codes concerning “Controlled Substances”, Executive Orders regarding patents and a little something called the Bayh-Dole Act of 1980 which was supposed to establish regulations to allow small business and nonprofit government contractors to retain title to inventions conceived or first reduced to practice by the contractor during the performance of a government contract (such inventions are called “subject inventions”), subject to certain procedural requirements and government rights. The patent rights principles of the Act were hijacked and extended to large or for-profit businesses by President Ronald Reagan’s “Memorandum to the Heads of Executive Departments and Agencies: Government Patent Policy,” issued February 18, 1983.

According to the Bayh-Dole Act

In the past is was easy to hide these developments because the transfers of information and technology were not as accessible as they are today, but with the passage of the Electronic FOIA in 2008 many of these databases are now available for public research but the data is still widely scattered among several Government server chains.

Following is a short list of companies who own patents for products that contain substances which are listed as Controlled & Illegal but are being administered to the general population without their knowledge to facilitate profits, having no regard to the interactant properties of natural and synthetic cannabinoid compounds with any of the other products available to the general public that include such compounds in their makeup.

IN OTHER WORDS… They have lots of money so they can legally drug millions of people and help continue the illegal prosecution of a plant.

Endo Pharmaceuticals Solutions Inc., which was created as a result of a management buyout of the DuPont Merck Corporation in 1997, has spent it’s time acquiring many smaller companies’ research and patents on cannabinoids that were funded by Government grant monies. Perhaps they had some insider information from their cannabinoid patent partners at JP Morgan Chase Bank & Morgan Stanley Senior Funding Inc with whom they share ownership of patent# 4,973,603. These companies also share ownership of patents for Opioid Formulations and other popular medications which are far less regulated but far more harmful than the natural cannabis plant.

This corruption must be stopped, the victims of this failed war on a plant must be released from imprisonment and those who profited from the suffering of a nation should replace those being freed. Oh, and did I also mention that our Government shares ownership of patents on compounds found in Ibogaine, LSD, Peyote and possibly every other drug listed in the DEA’s Schedule-1 category. They do.

Given the preceding facts I petition that, we the general population of the planet Earth in the Sol system of the Milky Way galaxy, who are not members of any currently recognized Governments or Agencies that are involved with any Union partnerships (herein and after known as “The Public”), do hereby accuse the USPTO & participating Financial Institutions, Pharmaceutical Companies and University Research Labs of violating International and Federal Laws by conspiring to patent compounds for medicinal purposes using chemical chains that have been derived from plant species which are currently listed as Schedule 1 controlled substances and therefore have been filed and registered illegally in the same country which denies their viability as a useful invention. We will be lied to and oppressed no longer.

Please share this information with everyone you can until all eyes are opened. “Free The Plant, Heal The People, Save The Planet”