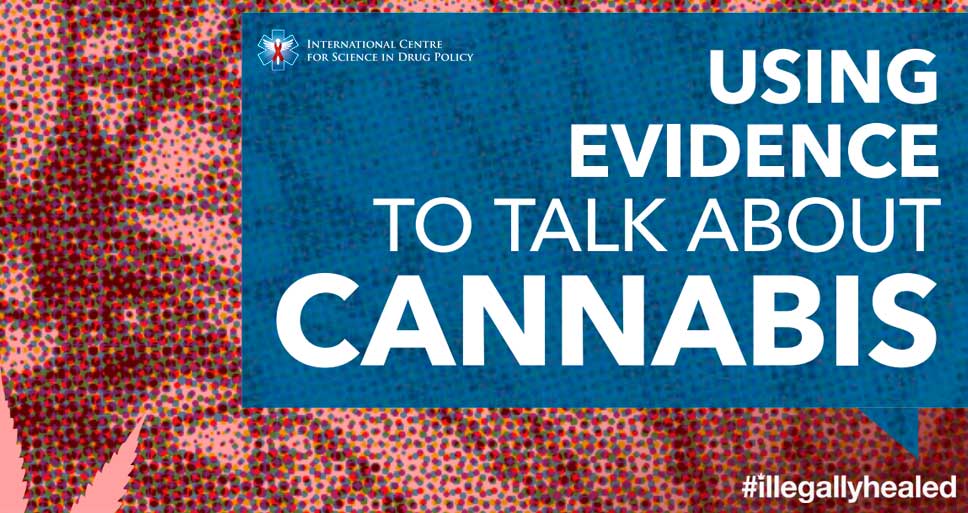 #CannabisClaims is a campaign by scientists and academics to set the record straight on thirteen of the most oft-repeated claims on cannabis use and regulation, none of which are strongly supported by the scientific evidence.

Many scientists are increasingly frustrated by the disregard of scientific evidence on cannabis use and regulation. To set the record straight, the International Centre for Science in Drug Policy (ICSDP), a global network of scientists working on drug policy issues, released two groundbreaking reports evaluating the strength of commonly heard cannabis claims.

“Over the past year we’ve been working diligently on scanning the news media and online conversations about cannabis to identify the most often repeated or high-profile claims related to its use and regulation,” says Dr. Dan Werb, director of the ICSDP.

To investigate this issue, the ICSDP convened scientists to conduct a review of thirteen oft-repeated claims about cannabis use and regulation. They took the list of claims and reviewed all relevant scientific research. Their findings were then peer reviewed. The review found that none of the claims were strongly supported by the scientific evidence.

Craig Silverman, founding editor for BuzzFeed Canada, compiled six of the most common claims about marijuana use, and what the current scientific evidence says about them. 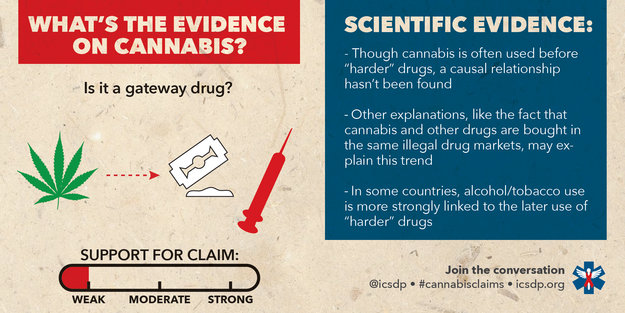 Their review of research did turn up evidence that marijuana use “often precedes the use of ‘harder’ illicit drugs, such as cocaine and heroin.”

2. Marijuana has gotten 300% stronger over the past 30 years — but only in some places. 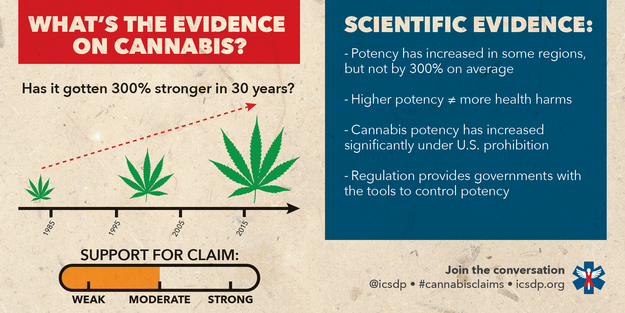 The THC levels of marijuana have increased in recent decades. But the amount of that increase differs by location, according to their findings.

“In the United States, recent studies have cited average increases of 3% to 12% in THC content over the past three decades, which is equivalent to a 300% increase,” according to the researchers. “Significant increases have not been detected for European countries other than the United Kingdom and the Netherlands.”

3. No, marijuana is not as addictive as heroin. 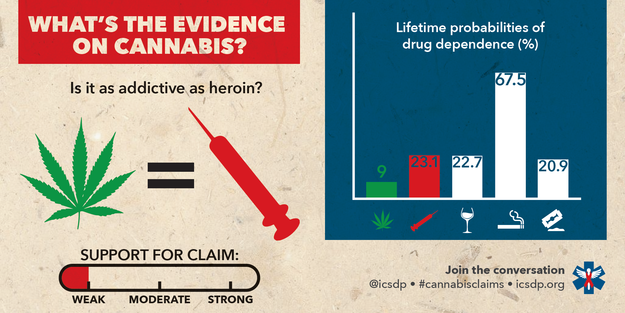 Recent research found that “less than 1 in 10 people who use cannabis across their lifetime will progress to cannabis dependence, meaning that more than 90% do not become addicted.”

In contrast, the probability of becoming addicted to heroin is estimated at 23.1%.

4. No, marijuana does not cause schizophrenia. 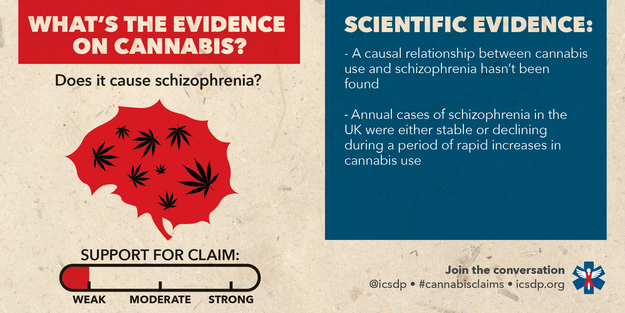 There is no evidence to suggest a causal link between marijuana use and schizophrenia, according to the researchers.

They noted that “while people who develop schizophrenia may have previously used cannabis, it is difficult to equivocally state that this use is what caused them to develop the condition.”

Dr. Werb also pointed to a recent U.K. study which found that “during a period when cannabis use increased, schizophrenia rates stayed the same — suggesting that there is no causal link.”

5. Marijuana impairs some cognitive functions, but the effects vary by person. 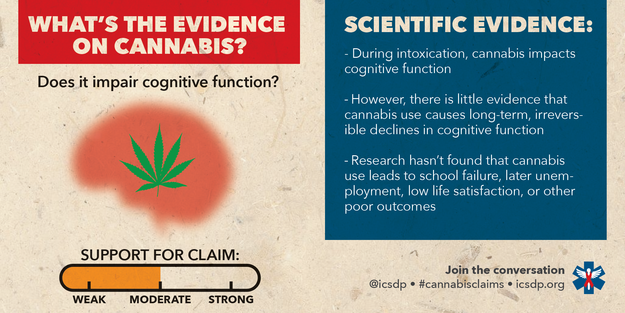 When you’re high, you will likely experience some impact on cognitive functions such as learning and memory. But the researchers said that it varies by person, and that “there are gaps in the scientific evidence on the full range of effects and their reversibility.”

Overall, they said, “the evidence did not support a causal relationship between cannabis use by young people and various psychosocial harms.”

6. No, marijuana does not cause lethal damage to the heart and lungs. 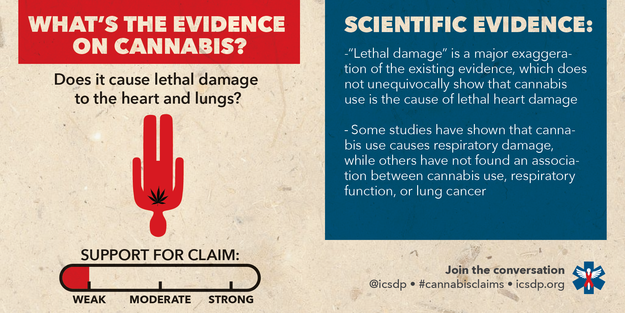 There is no conclusive evidence of a link between smoking marijuana and experiencing lethal heart and/or lung issues. But it’s also an area the researchers say needs more study.

“Studies have found that low, occasional cannabis use does not adversely affect the lungs,” they noted. “However, the impact of long-term cannabis smoking on respiratory function is less clear. Some studies have reported that smoking cannabis is associated with various respiratory-related problems, whereas others have found no strong association with several lung conditions.”

More detailed information, including a list of the papers that were reviewed and cited by the ICSDP, is available here.