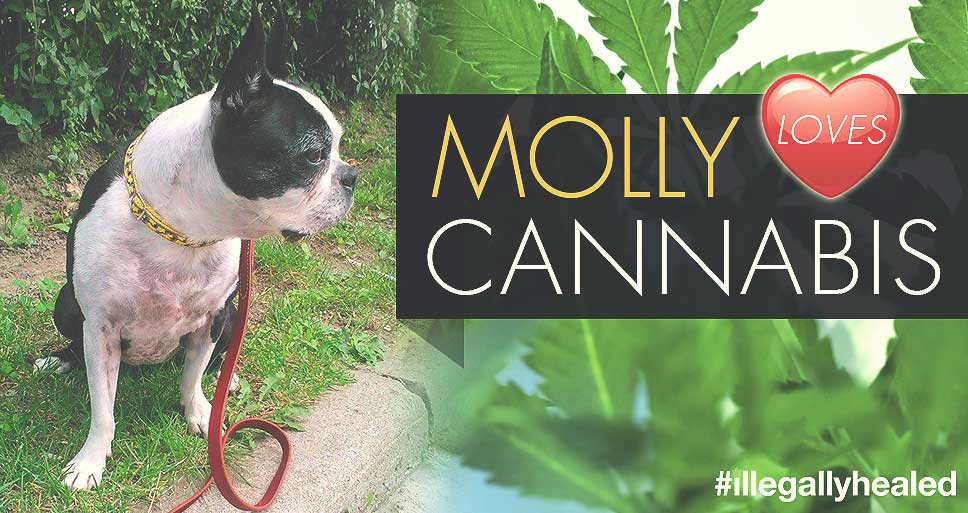 We pet owners are crazy. I mean, most of us eat absolute nutritional garbage when compared to what we feed our pets. Most of us choose the most nutritionally balanced, grain-free, hormone-free, additive-free, preservative-free kibble. I’m raising my hand as one who has done that for years. I think it’s a parent thing, as I know many single moms who buy baby or child’s food first, and make due with whatever is left. So though I’ve been writing and raving and telling everyone I can about the marvels of Cannabis oil, tinctures, and emulsions, it took my arthritic kitty to push me to actually make some cannabis olive oil.

You see, I had a pack of animals at one time. It was like a revolving door for a while there. I swear people dropped pets off nearby for a reason. And then there were the ever fertile kitties who were just suckling last week, but were soon welping their own litter under the shed. It was crazy, I had horses, dogs, puppies, cats, kittens, and lovebirds. In fact, on that little trailer turned hobby farm under the hydro towers, every single mammal got pregnant but yours truly. 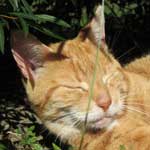 But death is a part of life, and after many years, my furry sister India, was all that was left of my pack. As you can imagine, I would have ground up fresh liver if it would prolong her life. She was 17 and getting feeble. I knew that cannabinoids could help her mobility, pain, and likely stimulate her appetite. Plus any kind of oil had calories and the fats her brain needed.

India had always been a picky eater so I chose light tasting olive oil and with a double boiler, a thermometer and whatever scraps of buds and shake i could find, I made my girl some cannabis oil.

Long story short, though she fought me and my squirt of oil for a long time, she eventually gave in. Animals are incredibly in tune with their bodies. It didn’t take long for India to realize that this shit makes her feel good!

Well India lived another two years getting squirts of oil every few days then every day. She played with our dog Molly and she’d play with her own little tennis ball. The poorly shot video below was filmed about four months before she passed. You can see that she was medicated prior to the filming as her pupils were huge, and she’s moving really well. When I’d see her doing the robot-walk I’d give her a little squirt. India played a brisk game of floor hockey with herself and a crumpled up piece of paper a mere week before she passed over. Cannabinoids helped her agility and her sense of humour, and definitely prolonged her life.

This whole time we soon realized that our Boston Terrier Molly’s fear of thunder and fireworks was getting worse. We had been giving her an herbal tincture called Bach Rescue Remedy but eventually tried the kitty’s cannabis olive oil. Let’s just say that dosing is crucial, and you should always lean more on the safe side as in less than you think. I felt her pain as my first few times smoking weed weren’t all that enjoyable to be honest. There was no one to advise me, we were the blind leading the blind with the one girl’s hippy mother’s stash. I have felt the anxiety, though only once and I handled it well. So basically Molly was uncomfortable for the first few times until sedation took over.

Signs of over dosing in my experience is the inability to sit still. They will sit and kind of wobble back and forth, not wanting to give in to sleep. But eventually she did, right from the very first time. But tonight has confirmed for me that I not only have the dosing down, but Molly’s cannabinoid receptors are accepting the medicine well.

First off, I keep the oil in a certain spot on the counter, and as soon as the thunder started tonight she went over there and stood licking her lips. She must’ve been there for a few minutes before I noticed. Regardless of her fear level, she will lick this stuff up. I dosed her, and about an hour later I saw her jumping at her ball all by herself. She was feeling good! Every single time I walked down the hallway, she took it as an invite to play. Cannabis olive oil took away her vibrating, panting, nerve-wracked fear and made her want to play.

Medicated and Ready to Play…

I’ve learned a lot from this experience. This dog is my adopted child. I guard her with my life. So while experimenting with this medicine, I noticed something that I myself have noticed when ingesting this oil. For me, I find that taking the oil makes my body and my brain do what I want them to do when I want them to do it. For instance, I can sit and watch a movie while medicated on 2-3 gelatin caps full of this oil and not fall asleep … until I go to bed. 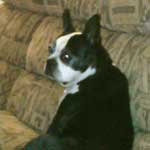 About 3.5 hours after ingestion, Molly has the munchies.

It’s better illustrated by my pooch and my handy camera. The poorly shot video above of Mollyplaying fetch was taken about 75 minutes after she ingested about a teaspoon of cannabis olive oil with her dinner. You can see that she is fit for the rodeo, and not impaired at all. However, about 2.5 hours after ingestion, she’s waxing philosophical and trying to be the furry version of the couch activist.

Dosing in medicine is crucial whether your medicine is natural or synthetic. Cannabis oil is no different. I urge you to experiment with this oil if you have a pet in pain. Metacam is hell on the kidneys and … well as I keep repeating … cannabis has a zero death toll so it’s ideal for long term use. And if the oil is already made up and you have an ache … you should experiment with your proper dosing levels too.

RIP all my furry children … until we meet again 🙂 and we WILL meet again.

This article originally appeared on The Couch Activist Blog.