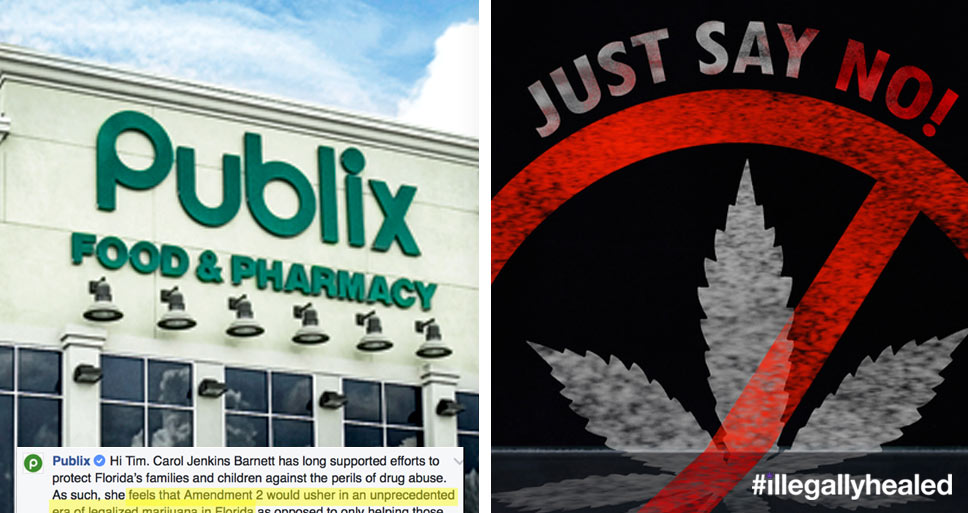 According to Time.com, “The family that founded the Publix supermarket chain has given $800,000 to a lobbying group fighting the legalization of medical marijuana in Florida.”

Publix said Barnett’s donation was “personal” and was not made on the company’s behalf.

“The trust of Carol Jenkins Barnett, the chairwoman and president of Publix, made the donation earlier this month to the Drug Free Florida Committee, The Ledger reports, citing financial disclosure records from the Florida Division of Elections.” -TIME.com 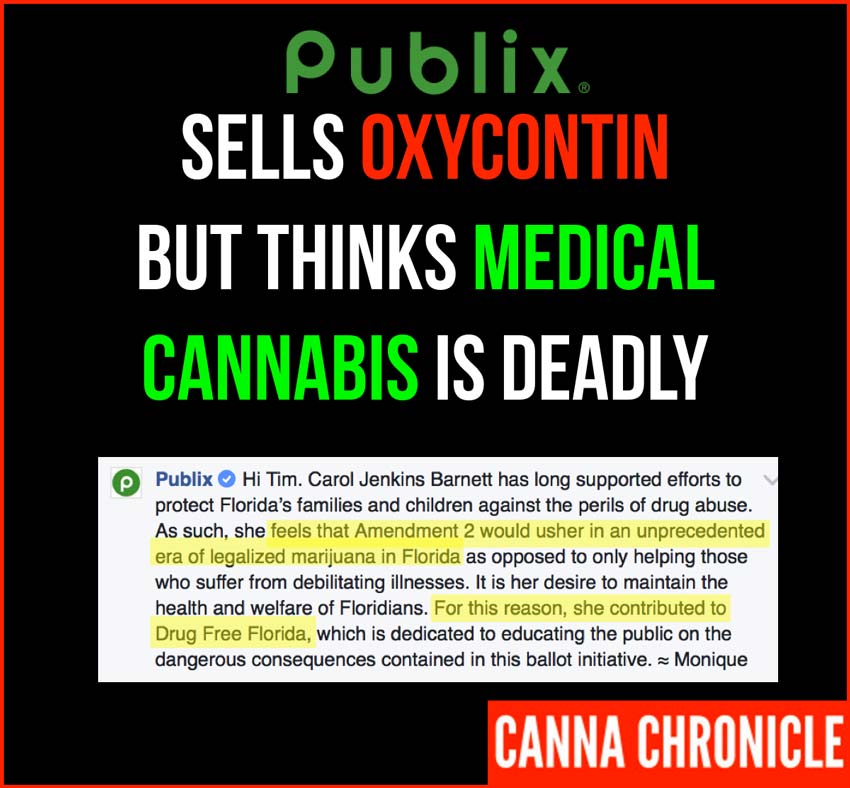 The Publix family just donated $800,000 to No on 2. they think that patients who use medical cannabis should be criminalized. Image: CannaChronicle.com

“Carol Jenkins Barnett has long supported efforts to protect Florida’s families and children against the perils of drug abuse. As such, she feels that Amendment 2 would usher in an unprecedented era of legalized marijuana in Florida as opposed to only helping those who suffer from debilitating illnesses,” Publix said in a statement to TIME. “It is her desire to maintain the health and welfare of Floridians. For this reason, she contributed to Drug Free Florida, which is dedicated to educating the public on the dangerous consequences contained in this ballot initiative.”