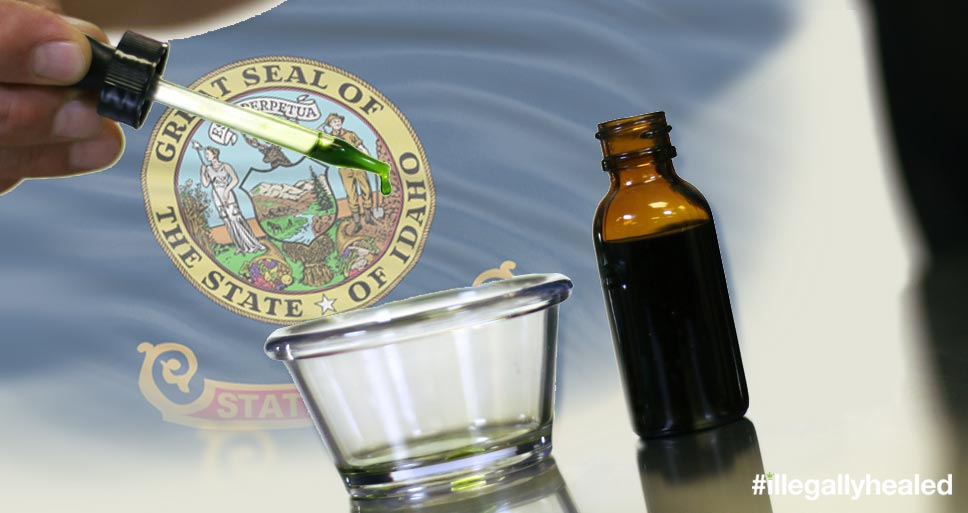 Way back in 1963, prominent biochemist Raphael Mechoulam, Ph.D., identified the first known molecule from the cannabis plant and named it cannabidiol, or CBD. It is today recognized as the most important cannabinoid in the plant, a medical miracle compound, for the astonishingly broad variety of ailments for which it is an effective remedy. 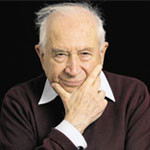 Dr. Mechoulam went on to discover tetrahydrocannabinol (THC) and our endocannabinoid system, a whole new body system no one knew existed until the 1990s. The Nobel Prize nominee has been clamoring for clinical trials of cannabis and cannabidiol (CBD), for multiple diseases, for half a century now. Trials have been completed New York and Illinois. And this month in Idaho, his call is again being heeded.

One of the life-threatening conditions in which cannabis is known to be startlingly effective medicine (sorry, DEA) is Dravet syndrome, a severe form of epilepsy that begins in infancy and is lifelong. 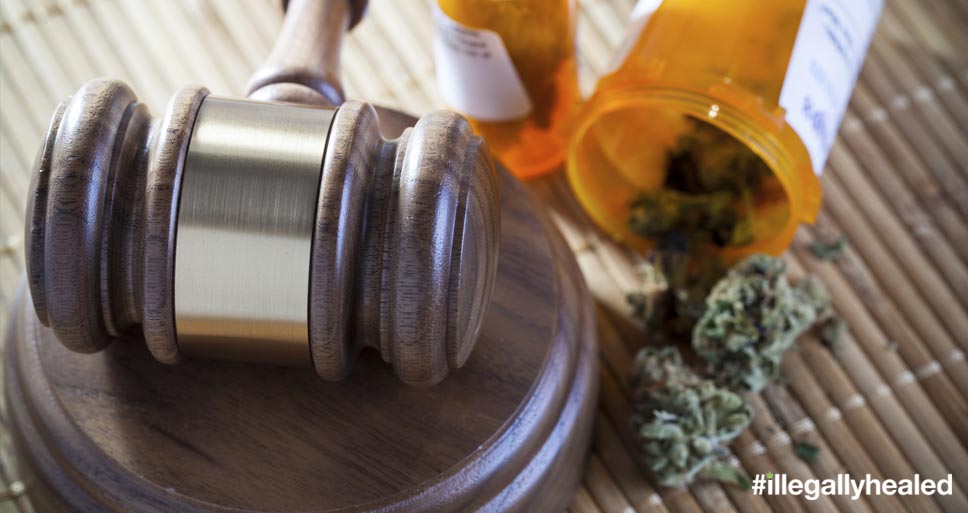 In 2015, Idaho Lawmakers approved legalizing oil derived from cannabis plants. However, Governor C.L. Otter signed an executive order establishing the new program that restricted the use of the oil. 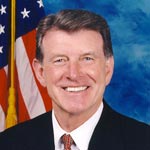 The Expanded Access Program was created by executive order of Idaho Governor C.L. Otter to document the treatment of 25 children suffering from severe epileptic seizures with a new drug known as Epidiolex.

The medication, produced by GW Pharmaceuticals, is purified single-molecule CBD extracted from cannabis plants. It contains no psychoactive THC or any of the other hundreds of cannabinoids and terpenes that make up the plant’s complete chemical profile.

Scientists acknowledge that the full spectrum of phytochemicals in the plant complement each other’s actions, producing an “entourage effect” that is more medically beneficial than single-cannabinoid drugs for inflammation and pain, though this has yet to be definitively demonstrated in epilepsy.

A clinical trial of 25 children isn’t huge—but it is to those 25 children and their families. Plus, another trial is simultaneously occurring statewide in Idaho, testing Epidiolex on both children and adults. In 2015 the American Epilepsy Society reported on a study of 313 patients suffering two types of the brain disorder.

After three months, 13% of the [Epidiolex] patients were completely seizure-free. The researchers found that seizure frequency was cut by 63% overall in Dravet syndrome patients, for whom standard anticonvulsive pharmaceuticals frequently are ineffective and come with pages of dire warnings about myriad side effects. 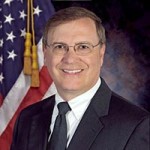 Charles Rosenberg is a former federal prosecutor and the acting head of the Drug Enforcement Administration.

These are important figures to keep in mind when you hear that the person we’re paying to be “acting” chief of the DEA, Chuck Rosenberg has toed the agency line by proclaiming his medical opinion that medical cannabis is “a joke”. That’s no laughing matter to millions of cannabis patients and their doctors, or to lawmakers who are trying to get him fired over the shocking statement. Not only that, but a petition to eject Rosenberg gained 151,000+ signatures.

The “joke” remark is particularly insulting to the intelligence of physicians (people WITH medical degrees) who prescribe the natural healing herb and to Americans who benefit greatly from its medical effectiveness, such as epileptic children and veterans suffering with post-traumatic stress, or PTSD.

Astonishingly, CBD is still federally illegal in all 50 states. This is an issue of some controversy, as some contend that the DEA has backed off CBD because it is non-psychoactive. 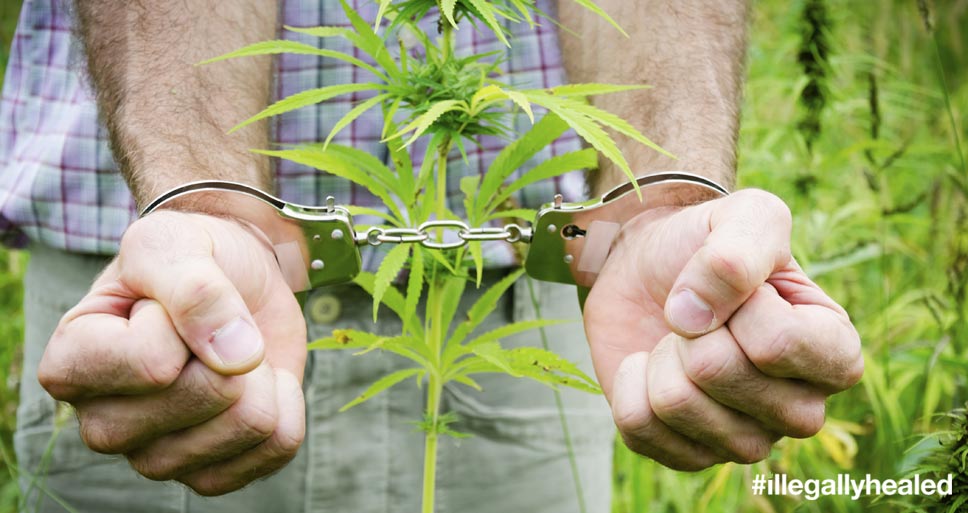 Police Arrested Someone For Cannabis Possession Every 51 Seconds In 2014

Those on one side of the argument have some backup for their position. They note the objective fact that all cannabinoids are in Schedule I of the Controlled Substances Act of 1970, without exception, as having no medical use. That’s as unambiguous as it is criminally deviant and unsupportable, given the government’s own patent on the medical utility of cannabinoids.

Those on the other side have a theory. According to the theory, a DEA policy paper states that the agency’s focus has always been on Prohibition of cannabis because of THC, due to its pleasant, euphoric qualities and ability to relieve stress. CBD is without those psychoactive properties. As long as CBD is derived from foreign-grown hemp plants, specifically from the seeds and stalks (but not the resin!) of such plants, the story goes, then the purified CBD is legal for import and sale in the U.S.

This last requirement is allegedly the DEA obsessing over a microscopic trace of THC in hemp plants to the absurd extent of making an exception and allowing CBD to be made from stalks—but not with any resin extracted from the stalks. They want so keenly to protect you from the ravages of even one single molecule of THC that they made an exception to their exception.

Of course, what little CBD there is in a hemp stalk is only IN the resin. So this is just classic Washington doublespeak, exactly like the doublespeak used to outlaw cannabis in 1937. 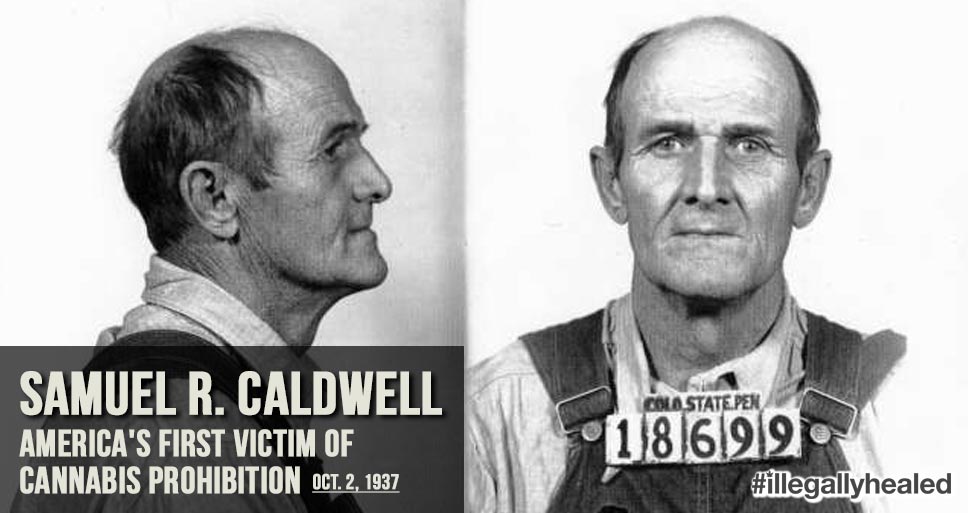 On the day the Marijuana Tax Stamp Act was enacted — Oct. 2, 1937 — the FBI and Denver, Colo., police raided the Lexington Hotel and arrested Samuel R. Caldwell, 58, an unemployed labourer.

One oft-repeated tale of hemp folklore has them telling farmers to bring a sample of their cannabis or hemp plants to Washington to prove that they qualify to apply and pay for the tax stamp; then arresting them on the spot for possession and cultivation of “marihuana” without having paid the tax.

See, they didn’t actually outlaw cannabis. Instead, they passed the Marihuana Tax Act, then set the tax so high no one could afford to pay it. Presto! It was open season on farmers, and the arrests and imprisonments began within five days after the act passed.

Anyway, if there is even a trace of THC in a plant, it will be found in the leaves and flowers. So the DEA doesn’t want you to derive even CBD from there, because it might…what, exactly? No one knows for sure. What we do know is that there is no CBD in hemp seeds. The stalks contain virtually none either, necessitating a massive amount of waste. But this is one of the things government does best.

Another thing we know is that the DEA is still blockading imports of CBD in powder form, even if it is derived from industrial hemp (defined as <0.3% THC). The Hemp Industries Association is helping to sue the DEA for doing that. 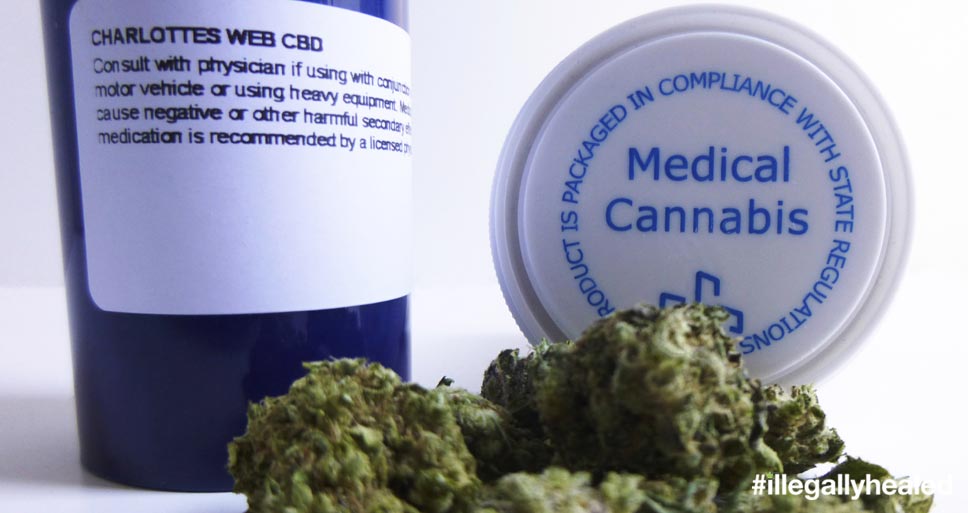 Moreover, the HIA’s position is that hemp is unsuitable for producing CBD. Instead, the valuable medicine must be derived from the flowers and leaves of high-CBD cannabis plants, such as the famous Charlotte’s Web strain grown specifically as an epilepsy treatment for children.

Hopefully, as legalization sweeps the country, clinical trials of this and other cannabis strains for various ailments will accelerate. Prime targets other than epilepsy include diabetes, rheumatoid arthritis, multiple sclerosis, glaucoma, chronic inflammation, and cancer. Data from clinical trials will encourage more states to adopt commonsense legislation based on principles of liberty and science.

Save $30 on a MagicalButter Machine and Get Free Ground Shipping! 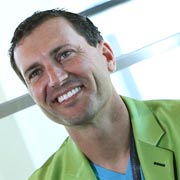