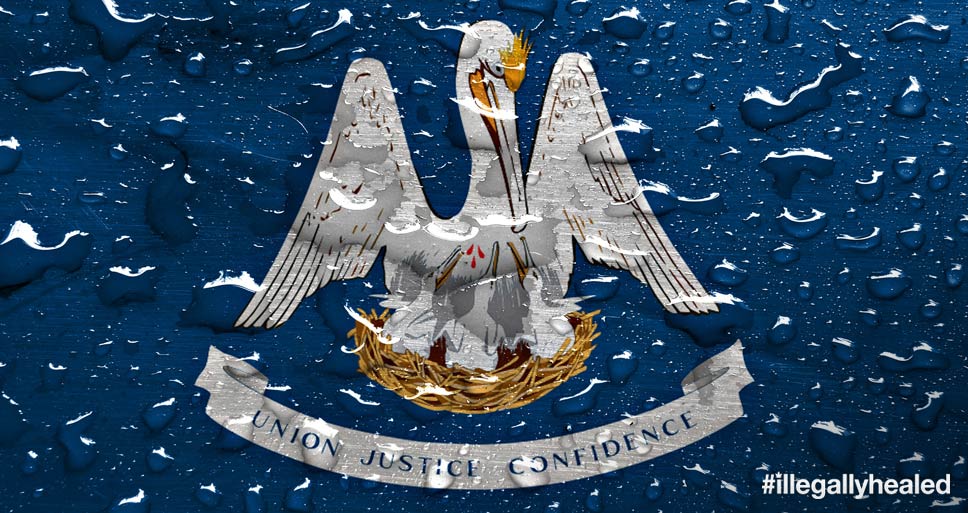 The southern region of the United States has long had a reputation for being tough on cannabis, and Louisiana has particularly harsh laws against the plant. That is starting to change fast, as numerous bills to ease restrictions are on the verge of passing.

On June 4, the Louisiana House of Representatives passed a bill allowing for the use of medical cannabis. The law would allow patients with a “prescription” to obtain non-smokable forms of cannabis at one of ten dispensaries in Louisiana. Despite the potential, there are several problems with the bill that will hurt patients or even prevent them from getting any medicine at all.

The largest impediment to patient access is the requirement for prescriptions. In all other medical cannabis states, physicians are only required to recommend cannabis, an informal statement protected under the First Amendment. However, writing a formal prescription is illegal under federal law, and it is unlikely any physician will take such great risks. If something is not done to address this, the entire medical cannabis program in Louisiana could be effectively useless.

Not allowing patients to smoke cannabis is misguided. Only smoked or vaporized cannabis can provide rapid onset of benefits, such as pain and anxiety relief. Extracts take time to work. Furthermore, there would only be one cultivation site allowed in the entire state. The lack of competition may lead to poor quality medicine, as well as potential shortages.

Still Not Out of The Woods

Another component of Louisiana’s halfway reform relates to cannabis sentencing reform. Governor Bobby Jindal is expected to sign a bill which would reduce penalties, essentially going from worse to bad. The current law states that maximum penalties for first-time offenders caught with any amount of cannabis (up to 60 pounds) are a $500 fine and six months in jail. The bill would reduce the fine to $300 and jail time to 15 days for possession of less than 14 grams. It would also allow people to apply to have their records expunged after a first offense. While this bill is extremely flawed and falls terribly short of the ideal scenario, it will reduce suffering to some extent and save the state up to $17 million.