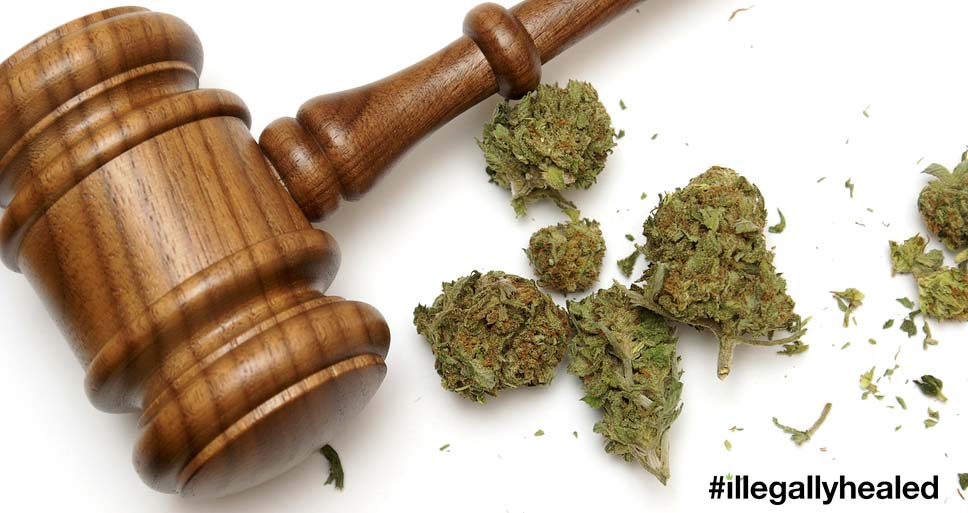 There is one thing both Bernie Sanders and Donald Trump agree on and that is the system is rigged. While these politicians were addressing our current political system, the rigged system extends its tentacles into the courtroom, and in the case of a human’s right to use a plant they can grow themselves as a medicine, the first rigging was the law.

The American Medical Association (AMA) actually testified against the Marihuana Tax Act in 1937 but Congress passed it anyway. Cannabis has been used as a medicine for over 4,000 years, yet at present, our federal courts have denied a medical necessity defense for the use of cannabis. This is not in keeping with the principles embodied in the Bill of Rights.

Due to an electoral primary system never endorsed by our founding fathers, we have more and more partisan legislators. This has been exacerbated by the wide use of outrageous gerrymandering. As a consequence of these two factors the U.S. has a highly politicized judiciary. This has led to rulings that have the founders turning over in their graves.

The American Academy of Cannabinoid Medicine believes that the doctrine of excluding medical necessity as a defense in federal court is just one more example of justice gone awry. Keeping evidence from a jury does not constitute nor promote justice. Medical necessity is a well-accepted principle of common law. Medical necessity has been accepted as a criminal defense for hundreds of years and is recognized in most states as a defense. Yet, somehow, when it comes to cannabis (marijuana), particularly at the federal level, this principle disappears.

If a patient is not allowed to present a medical defense in court, it makes a mockery of the criminal justice system. As a physician and American citizen, I believe there is something fundamentally wrong with this picture.

Cannabis has a long history of medical use throughout all cultures. Nearly half today’s U.S. population has voted that it should be treated as a medicine. Further, tincture of cannabis, has already been approved for sale by governments in Canada, Great Britain, Spain and New Zealand and marketed by Bayer AG and GW Pharmaceuticals. Novartis and Oksuka have purchased distribution rights.

The worst yet, American policies on cannabis are clearly anti-science. It is time for the federal government to once again honor the time-tested values of the U.S. constitution and support justice embodied in the common law, common sense and rooted in science.