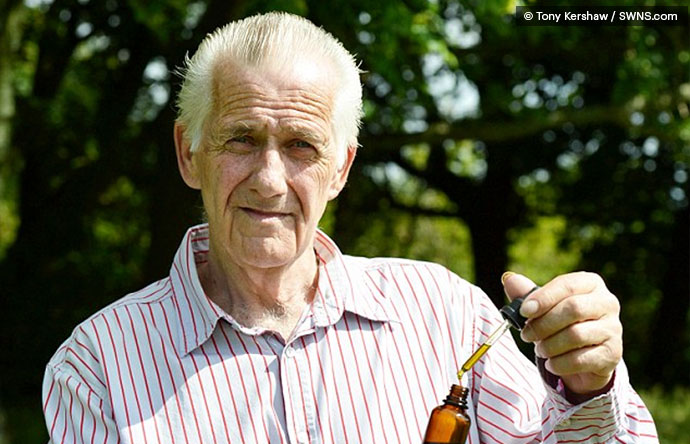 A new organization known as United Patients Alliance recently launched on July 17th, 2014. Within a week of their existence, they have already achieved incredible successes. Based in the United Kingdom, UPA’s goal is to end the Prohibition of cannabis and educate people on its medical benefits.

One of the organization’s members, Michael Cutler, recently appeared in the popular news website DailyMail.co.uk. Michael was diagnosed with terminal liver cancer and credits his recovery to cannabis oil. Originally diagnosed in 2009, the disease was stopped with a liver transplant. Unfortunately it returned in late 2012. With traditional therapy apparently not an option, Michael searched the Internet and found cannabis oil to be a viable treatment. He procured raw cannabis from a local dealer and prepared his own cannabis oil capsules, ingesting one a day.

Michael’s symptoms, including excruciating pain, disappeared after only three days. He continued the oil treatment, and in May 2014 had a biopsy at the Royal Free Hospital in London. The test revealed no cancer.

When I found out I was cured I was just completely shocked. I’m a normal family man, not a druggie. I had a serious illness and this helped, said Michael.

At the time of publishing, the DailyMail article has been shared over 20,000 times. In addition to this achievement, Michael’s story has also reached Caroline Lucas, the Member of Parliament for Brighton Pavilion in the United Kingdom House of Commons. She attended the launch of United Patients Alliance along with Professor David Nutt, a well known drug policy academic. Ms. Lucas stated,

It has been incredibly moving to hear the courage of so many people who are essentially just trying to get a drug to keep themselves well. To criminalize people is inhumane, unjust and immoral.

The criminalization of cannabis medicine, in light of the human successes, is indeed nothing short of inhumane, unjust, and immoral. The policy has forced children and adults alike to relocate from their homes in the simple search for health. It has even separated families based on arbitrary substantiation, and put so many caregivers in jail.

Prohibition needs to end, at the very least for ill patients who just want to be out of pain.  Share this article with the links below and let everyone know that it’s time to end prohibition worldwide!