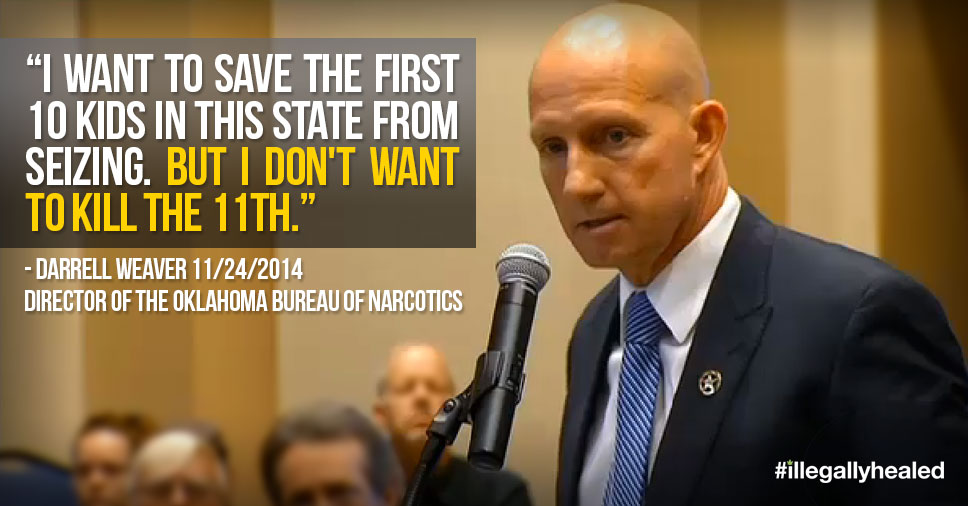 On Monday November 24th, 2014, Oklahoma held a hearing to allow medical trials in the State for the use of non-intoxicating CBD oil for severe seizure disorders in children. The 19 lawmakers from both sides of the aisle heard testimonies and evidence from physicians, advocates, patients and the Director of the Oklahoma Bureau of Narcotics (OBN.)

During his testimony, Director of the OBN Darrell Weaver explicitly stated his office’s position on cannabis oils in Oklahoma; “We support the research and the trials of CBD oils at a low non-intoxicating 0.3 percent (THC) or less.”

I want to save the first 10 kids in this state from seizing. But I don’t want to kill the 11th… I will always be opposed to the legalization of marijuana.

Director Weaver’s statement about not wanting to kill anyone is an apparent misunderstanding about the potential harm of THC. It is impossible to overdose on any form of cannabis and there are zero recorded deaths throughout all of history. Moreover, he has little understanding of how to treat epilepsy with cannabis, as many people are finding higher levels of THC or THCA are necessary for complete seizure control. 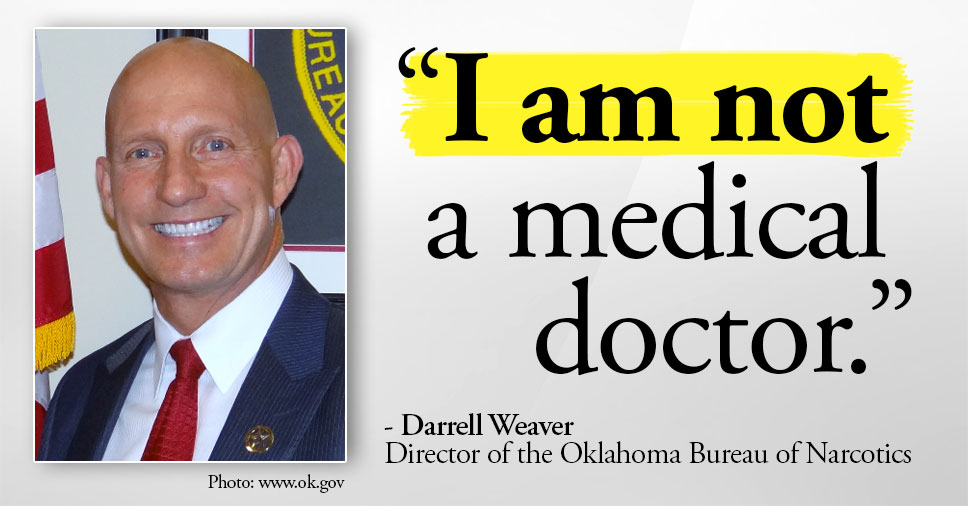 This lack of knowledge is not surprising, as Weaver directly stated “I am not a medical doctor.”

One of the many exceptional features of this drug (cannabis) is its remarkably limited toxicity. Compared to aspirin, which people are free to purchase and use without the advice or prescription of a physician, cannabis is much safer: there are well over 1000 deaths annually from aspirin in the United States alone, whereas there has never been a death anywhere from marijuana. 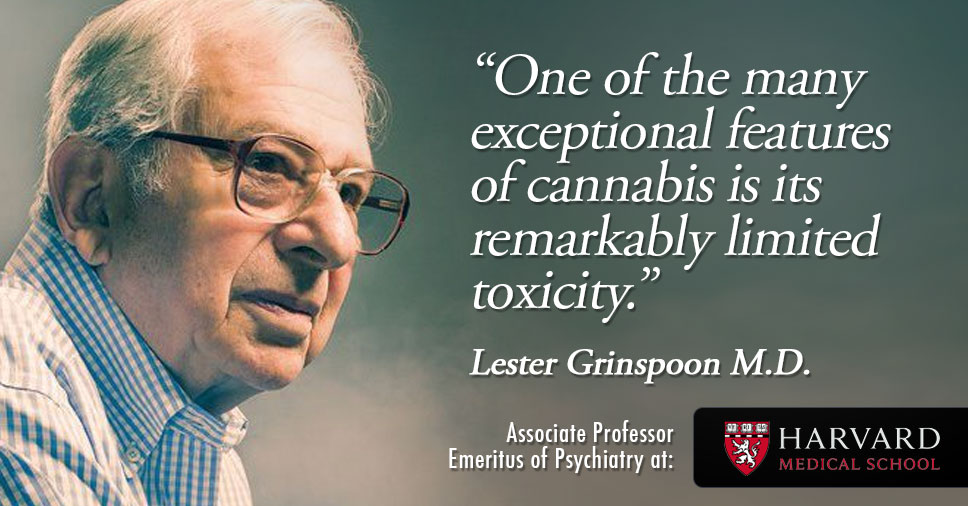 Even the D.E.A. knows the truth…

The United States Drug Enforcement Agency, which has long spearheaded the war on cannabis, briefly acknowledged the scientific evidence in 1988. In that year, D.E.A. Administrative Judge, Francis Young ruled that marijuana should be removed from Schedule I of the Controlled Substances. In his ruling he stated that;

Marijuana in its natural form is one of the safest therapeutically active substances known to man.

The fear mongering and lies continued on the OBN Facebook page.

After Director Weaver’s testimony, citizens went to the OBN’s Facebook page to post concerns. To their credit, the OBN responded to these comments about the trial and cannabis in general.

However, the OBN responses demonstrated a complete lack of understanding about the science of cannabis, so we are here to set the record straight on a few of the most outlandish claims by the OBN.

Patients have reported that Marinol is not as effective as smoked or orally ingested cannabis. This lack of efficacy could be due to several factors. For one, Marinol is synthetic THC, so the body likely does not respond to it as well as natural THC. More importantly, Marinol is 100% THC with no other cannabinoids. This causes psychoactive effects that are too strong and not balanced by other cannabinoids.

Dr. David Bearman, one of the top American experts in medicinal cannabis, gives the most Marinol (synthetic THC) prescriptions in his area. Unlike cannabis, Marinol is a Schedule III drug, so having a prescription allows someone to legally, at the federal level, have THC in their system. Although most people prefer herbal cannabis, having a Marinol prescription is a protective measure against federal prosecution, and it is wise to have a prescription even if it is never filled.

There are indeed many isolated compounds derived from natural plants, like aspirin from willow bark or morphine from opium. In these cases it makes sense, but it’s not always the case. Many extracts from a variety of herbs, not just cannabis, work better than single isolated compounds.

Synergy is a principle of natural medicine which cannot be forgotten. It is up to researchers to determine when isolated compounds work better than whole plants, and in the case of cannabis, it has been found the whole plant usually works better.

The U.S. government’s own studies have shown:

The Missoula Chronic Use Study

Studies have shown that cannabinoids work best together when derived from the whole plant. This idea has been propagated by the father of cannabinoid research Dr. Raphael Mechoulam and by Dr. Sanjay Gupta, CNN’s Chief Medical Correspondent and one-time Surgeon General candidate. Check it out for yourself…

You can’t just take a chemical out of cannabis and make a medicine. You need the whole plant. It’s known as the entourage effect.

Given that humans evolved consuming foods and medicines with hundreds of compounds present, it makes sense that medicines fitting this evolutionary blueprint would work better. And that’s what the science and patient reports suggest.

Is the Oklahoma Bureau of Narcotics out of touch with cannabis science? Let us know what you think in the comments section below. Also, where’s the #11thChild?