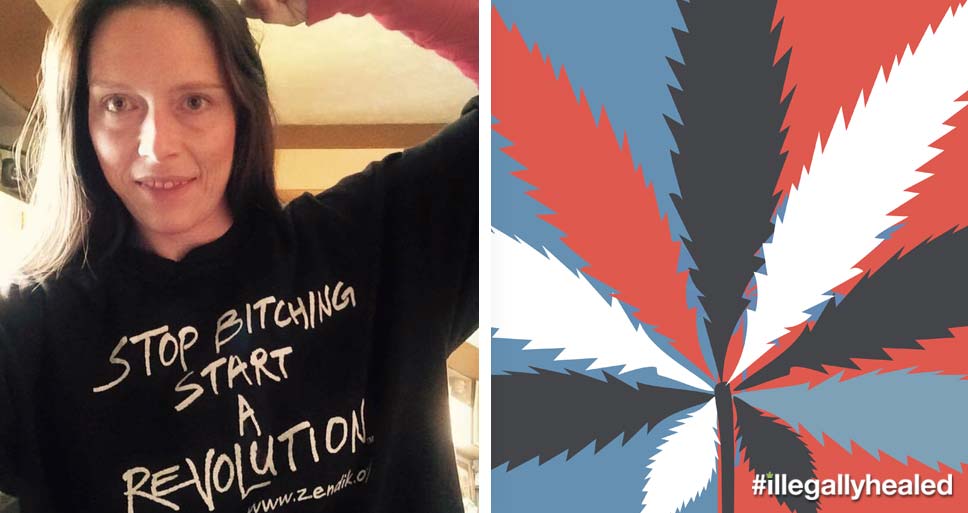 Shona Banda’s legal case has hit a public nerve. The mother of two is facing 28 years in prison and has temporarily lost custody of one of her two sons because she not only chose to treat her Crohn’s Disease with cannabis oil, in Kansas, but she also educated them about it. As Banda prepares to head back to court she is fighting for more than just her freedom, she is fighting for her life.

“If I were to go to jail, I would be deathly ill within two weeks. I have only been able to go without cannabis for a few days before I start to really degenerate, look gray and lose weight. My skin starts to hang off my body and I start to lose my brain and memory function,” Banda says.

Banda went on to describe the symptoms of a Crohn’s flare, saying that because of the inflammation a person with Crohn’s can eat and still starve to death. She says not only would she not have access to the only medicine she has ever used that has improved her life but she wouldn’t be able to digest the highly processed prison diet and would begin to degrade quickly.

Crohn’s is Truly a Debilitating Disease

Crohn’s Disease is an autoimmune condition that leads the immune system, particularly in the lining of the digestive tract, to become inflamed and attack what it interprets as foreign bacteria. The inflammation leads to chronic pain, diarrhea, wasting, fistulas and intestinal blockages that must be surgically removed. Banda says Crohn’s is “considered one of the most painful diseases in the world.”

“But you are still expected to go out throughout the day and lead a normal life. It’s comparable to Lamaze, having to practice breathing while you are in agony,” she says.

Banda says her kids know she uses cannabis because they know she is sick. She has two sons, her oldest is a teenager and grew up taking care of his mother and the younger son, who was removed from her custody, was able to have an active mother because she had started using cannabis.

“Medicine around my house is taken very seriously, you don’t mess with medicine and cannabis has always been medicine, period,” she says.

Pharmaceutical Drugs Do Not Help Shona

When Banda was diagnosed with Crohn’s Disease she was put through the ringer of pharmaceutical drugs, surgeries and specialists. When she discovered cannabis and cannabis oil, her outlook changed and she became a healthy mother to her two sons. She journaled about her experiences and later turned them into a book Live Free or Die: Reclaim your life…Reclaim your country!

At one point, Banda says she was taking up to 50 pills a day in addition to trying biological drugs like Remicade and Humira. Biological drugs have been in use to treat inflammation and autoimmune diseases for just under 20 years and little is known about the long-term side effects. Because the drugs are biologically rather than chemically derived, a single dose of either medicine runs between $5,000 and $7,000 before insurance coverage or rebates. Recent studies have shown these drugs to increase rare and fatal cancers in patients. Further, they don’t cure the disease they simply manage symptoms. Banda tried both Remicade and Humira and neither worked for her.

“I was gladly paying them to poison me with a smile so I could get two weeks worth of halfway feeling normal and then another six weeks sick. The medical system is completely barbaric and so are the pharmaceuticals they give you to mask the symptoms. That’s all it does is mask the symptoms, it doesn’t heal you in any way,” she says.

After her son was removed from her custody last year, Banda temporarily stopped using cannabis and started getting very sick.

“Cannabis is the only thing that has allowed me to be a mom. [My younger son] doesn’t remember the sick mom and is now seeing me without my medicine. He has seen me fall down a cliff, watched me be sick, sicker than he has seen me in his whole life,” she says.

How DARE a Child Know The Truth

For awhile Banda was raising her kids in Colorado, where she was able to use cannabis legally, but she had to return to neighboring Kansas, where she is from, after splitting from her husband. She says her children have always been educated about their mom’s condition and her medicine, but it was hard to explain to them just how different life is for a sick person in a state like Colorado versus a state like neighboring Kansas because there is no good reason for the legal differences.

When her then 11-year-old younger son spoke up about cannabis in class, he didn’t understand how the adults in the room would react.

Banda says she has been smoking cigarettes for years, but trying to hide it from her friends, family and definitely her children. She says it is not something she is proud of nor something she tries to promote. When her son’s class was learning about the dangers of smoking tobacco, he piped up saying that his mom “smokes a lot”. The teacher pivoted the conversation to marijuana and he again piped up saying his mother “calls it cannabis.”

The other students laughed, the teacher did not. He was removed from the classroom and questioned extensively about what he had said. Banda says that he was “made to feel very smart” so that he wouldn’t be afraid of talking to them, but that when they wouldn’t take him home he started to get worried. He was taken out of her custody and placed in a foster home in another town. Banda was furious.

“I am trying to not let him be affected. I have absolutely acknowledged the fact that this is just our life; we don’t get a real normal life like other people. This is how we live, we have to keep our heads held high and absolutely push forward,” she says.

Crohn’s Disease is unique in the formal study of medical cannabis for a few reasons. Unlike most conditions cannabis is being used to treat, there are actual clinical studies proving its efficacy to treat Crohn’s specifically. Further, it appears people with Crohn’s, and some other conditions, are biologically deficient in endocannabinoids, or chemical compounds the body creates that bind to receptors of the endocannabinoid system (found in all humans) to regulate functions such as pain, mood, digestion, sleep, appetite and inflammation, among others. 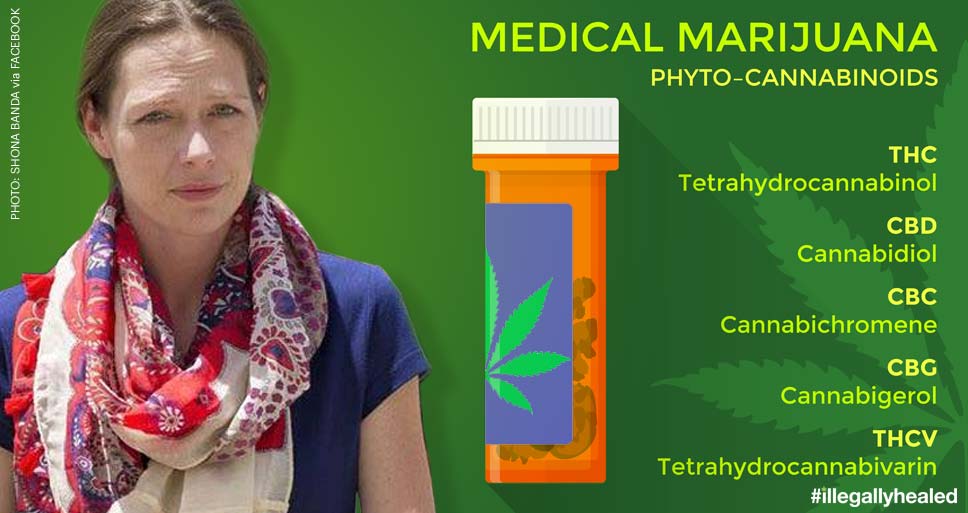 A clinical endocannabinoid deficiency may explain why patients suffering from lifelong conditions like Crohn’s and MS experience such great relief from cannabis, which contains phytocannabinoids like tetrahydrocannabinol (THC) and cannabidiol (CBD) to bind to the same receptors the endocannabinoids use.

But none of that really matters in Kansas, which is why Banda is arguing “biological necessity” in court. She hopes that if she can prove it in Kansas, that she biologically needs the phytocannabinoids in cannabis, all of them, she can set precedent for other patients in states where safe access to cannabis is still illegal.

And where state law lags behind the physical reality of managing such a serious lifelong disease, Banda has advocated for legislative change and the rights of patients to treat themselves, a likely reason she was targeted.

“Plants are put on this planet for us, I strongly advocate growing your own. Patients should have that right,” she concludes.