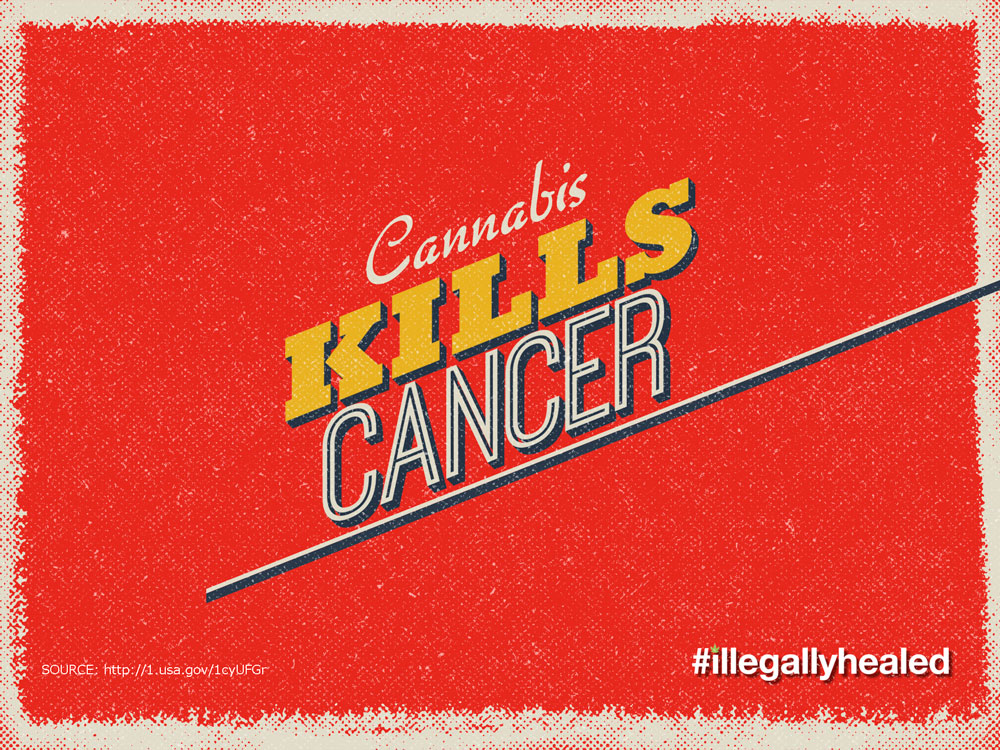 The interest in using cannabis extract medicine to treat cancer and other diseases has been growing tremendously over the past six years.  Growth has been particularly accelerated by the release of Dr. Sanjay Gupta’s CNN documentary Weed, which detailed the story of Charlotte Figi.  Charlotte suffers from Dravet syndrome, a type of epilepsy for which no pharmaceutical medications are effective.  Even after trying every possible pharmaceutical and dietary option, Charlotte’s parents found nothing worked.  Thankfully, they came across the story of Jayden David, another child Dravet patient who was using high-CBD cannabis oil to control seizures .  When Charlotte began using high-CBD oil, the results were instantaneous, with seizure cessation after the first dose.  Within months, she dropped from 300 grand mal seizures a week to just a few a month.

This miraculous response is not limited to Dravet.  A study by Dr. Margaret Gedde in Colorado found such effectiveness extends to Doose syndrome, Lennox-Gastaut syndrome, metachromatic leukodystrophy, cortical dysplasia, and idiopathic epilepsy .  8 of 11 patients experienced 98-100% reduction in seizure activity, most within the first month of treatment.  The other patients still experienced reductions far greater than what traditional pharmaceuticals could deliver, and without serious side effects.

Further anecdotal evidence continues to accrue via news articles, such as this recent Washington Post article about epileptic patients finding incredible relief through high-CBD cannabis oil.  Another article from Canada describes a case where cannabis oil is effective for Ohtahara syndrome.  It’s clear something special is going on here, due to both the specific facts of these cases and the growing mainstream support from so many entities.

Contrast this with the story of Rick Simpson, the man from Canada who claims cannabis oil can cure cancer and the majority of human disease.  He released a documentary called Run From the Cure in 2008, which documented several cancer remissions and explained how to make oil.  He began making oil initially to treat post concussion syndrome, then used it topically when he was diagnosed with skin cancer.  He based his topical self-treatment on a study he had heard about which said THC could inhibit certain types of cancer cells.  Within days, the cancers disappeared.  This led Rick to begin producing oil for other people, and he eventually concluded it worked against nearly all disease, including most cancers.  When he initially made these claims in Run From the Cure, most people didn’t take him seriously.  How could one substance do so much, and an illegal one at that?

Now, there are stories all over the world coming out about how cannabis oil is controlling rare forms of intractable epilepsy.  There are fully documented cases of dozens of children going into near full remission with high-CBD or THC-A oil treatment.  And epilepsy is one of the most complex diseases known to man, and in fact the condition is not even well understood.  For 30% of epilepsy patients, no traditional pharmaceuticals are effective, not even the most powerful available.  Yet various cannabis oils are, for the majority of patients, providing incredible and sometimes total relief.  Is it a coincidence that six years ago, Rick Simpson made these very same claims, and now they are being observed widely by so many credible people?  Something is going on here.

Rick is best known for his work with cancer, another area that has been growing tremendously, although in a somewhat quieter way than with epilepsy.  While Sanjay Gupta has reported on the anti-cancer properties of cannabis, and a child leukemia patient named Landon Riddle, he has not devoted as much attention to cancer as epilepsy.  This is unfortunate, because the evidence and support behind using cannabis extracts for cancer is overwhelming.  For one, cannabis extracts were formally proven to fight leukemia in a November 2013 Case Reports in Oncology study. The article was especially notable for determining cannabis extracts as the cause of remission and ruling out spontaneous remission and chemotherapeutic agents.  Interestingly enough, Rick Simpson himself consulted with the patient’s family about producing cannabis oil, although the results were tracked by doctors.

When the Case Reports study is combined with the other scientific and experiential evidence, the case for using cannabis extracts to treat cancer is truly overwhelming.  Doctors, dispensaries, corporations, and thousands of individuals have observed these effects.  There are patents on using cannabinoids to treat cancer, and even Dr. Raphael Mechoulam, who discovered THC, has called for clinical trials.  Most importantly, there are many terminal cancer patients now in full remission through cannabis extract therapy, several of which are documented at CannabisExtractReport.com

This evidence, at the very least, warrants immediate research into the full effects of cannabis medicine.  A clinical trial of 100 terminal cancer patients would prove this once and for all.  In a legal medical cannabis state, if such patients acquired medical cannabis cards, this would be possible.  Provide lab-tested, high-quality oil to the patients, and report the results.  A simpler and faster way to prove anti-cancer potential would be a skin cancer trial, for which effects can be physically seen in days, and could take place concurrently with a hospice trial.

Eventually, the resources will come together to make this happen, and the world will finally get an answer to the longstanding, urgent question of whether cannabis cures cancer.