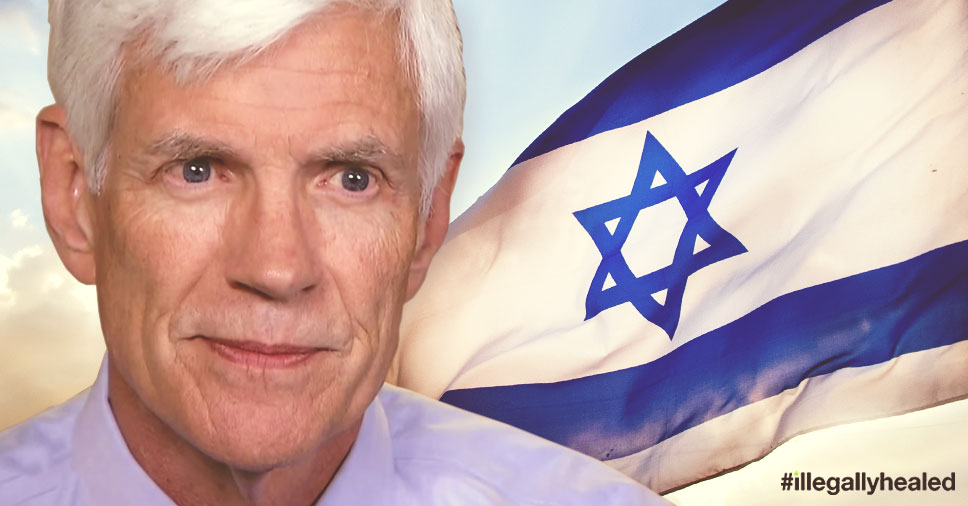 Since the earliest days of cannabis science, Israel has led the way. Dr. Raphael Mechoulam discovered THC in 1964, and his team identified the endocannabinoid anandamide in 1992. The country is now advancing research into the medicinal applications of cannabis, including cancer.

In 2015, Hadassah Medical Organization will be conducting a clinical trial into the use of pure CBD as a single-agent for tumors in terminal cancer patients. And that’s just the start of what seems to be a flood of new, well-supported clinical trials.

An unlikely new player in the Israeli cannabis field is Dr. Alan Shackelford. As Charlotte Figi’s physician, he oversaw her dramatic turnaround using high-CBD cannabis oil to control seizures stemming from Dravet syndrome. He is now the Chief Science Officer of One World Cannabis, and is moving to Israel to fulfill this position.

In a Washington Post article, Dr. Shackelford described his reasoning:

I went to Israel because I was frustrated. Israel is the one place in the world that combines the scientific expertise, world-class universities and scientists. It’s so exciting.

Dr. Shackelford has apparently become disillusioned with the barriers to research in the United States, and essentially fled the country to freely conduct research. As part of his new position, he will lead studies on pain, migraines, skin disorders, seizure disorders, post-traumatic stress disorder, and several types of cancer.

According to the One World Cannabis research page, initial studies will focus on cancer, skin diseases, pain management, psychiatric treatments, and epilepsy. The company has also stated it will explore basal cell carcinoma and prostate cancer treatments.

The path Dr. Shackelford has taken is incredible.

From enlightening the United States on the benefits of cannabis for epilepsy to studying cannabis extracts for cancer and other diseases in Israel, Shackelford has already contributed significantly to the field of cannabis medicine. He will definitely do well in Israel, where doctors already utilize cannabis extensively.

According to the aforementioned Washington Post article, Israeli doctors use cannabis to treat “Crohn’s disease, basal cell carcinoma, psoriasis, Parkinson’s, multiple sclerosis and PTSD in Israeli military veterans, and the pain of cancer patients and the elderly.”

This is apparently an outright statement by a major newspaper that cannabis is killing cancer in humans. Treating basal cell carcinoma is logically interpreted as treating the cancer itself, not side effects of chemotherapy, especially since pain is listed separately. Also, given how easy it is to see results against skin cancers, it is probable that Israeli doctors are treating the carcinomas with topical applications of cannabis oil.

In a video accompanying the Post article featured an interview with Ma’Ayan Weisberg, Director of International Relations with Tikun Olam, the largest Israeli cannabis producer. She discussed a sativa strain called Midnight, which is a 1:1 THC:CBD strain that ranges between 10-13% THC and CBD each. Weisberg stated,

This strain is mainly used to treat patients from the oncology department suffering from different kinds of cancer, and because it’s more sativa it’s recommended as a day treatment.

On the research end, the differentiation between basal cell carcinoma and prostate cancer on the One World Cannabis page strongly suggests direct anti-cancer trials. As long as the trials are conducted properly, there is no doubt that stunning anti-cancer results will be reported.

For years, humans have been eliminating cancers with concentrated cannabis extracts. Furthermore, the preclinical cell and animal studies supporting cannabis use for epilepsy, Crohn’s, chronic pain, schizophrenia, and more have proven to transfer to humans in clinical trials. To think the preclinical evidence for cancer would not transfer to humans as well, especially in light of the dramatic anecdotal evidence, is absurd. Even if cannabis does not work against all cancers, it clearly works against many, including difficult to treat cases like pancreatic and brain tumors.

In the next few months, it is hopeful that Israel will share more of its knowledge and generate new research. If its trials with cancer are successful, medical cannabis laws are sure to quickly change throughout the world.

What do you think? Should a United States physician have to flee his own country to simply research cannabis? Let us know what you think in the comments below..