Does Pot Cure Cancer? is an upcoming documentary by Danny Panzella about the growing use of cannabis extracts to directly treat cancer. Interest in this application of medical cannabis has exploded over the past few years. Dozens of scientific studies have been published which show how cannabinoids like THC and CBD kill numerous types of cancer cells, and human reports of cancer remissions have increased tremendously as well. It is imperative for the public to be educated about these developments. 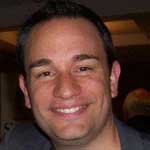 Panzella first learned about the benefits of cannabis in 2006. His mother had been diagnosed with breast cancer and given two years to live. The chemotherapy she was prescribed caused horrendous side effects, so Panzella began researching natural alternatives. After finding out how cannabis could help mitigate damage from chemotherapy, he tried to get his mother to use it, but her religious beliefs precluded her from using the herb. Unfortunately, she passed away in 2008.

The loss caused Panzella to shelve his research for years, until he learned about Dr. William Courtney from a High Times article. Dr. Courtney is a well-known pioneer of high-dose raw cannabis therapy, advising patients to take in thousands of milligrams of unheated THCA and CBDA to fight diseases. His wife Kristen put advanced lupus into remission with raw cannabis juicing, and Dr. Courtney has seen similar results with hundreds of other patients. Seeing this reinvigorated Panzella’s interest, and he began intensely researching the direct anticancer effects of cannabis.

Panzella went to film school and has worked on several independent films in the past. He realized the cannabis-cancer topic was the perfect opportunity to shoot his own project. Having watched nearly every cannabis documentary, he believed none of them adequately addressed the scientific evidence or integrated it well with anecdotal reports. Panzella’s goal is to educate the public about this viable cancer treatment and dramatically increase the amount of people who support the use of medicinal cannabis. To achieve this, he has spent the last two years doing research and interviewing pioneers like Dr. Robert Melamede and Dr. Courtney.

For the most part, Panzella has self-funded the project with some help from individual donors. He currently has a GoFundMe account to raise the final funds, and is selling preorders of the film at DoesPotCureCancer.com. Once released, it will be available on either iTunes, Netflix, Amazon Prime, or some combination of mediums. After a few months, he will release it for free on YouTube. The release is expected in Spring 2016.