New documentaries and videos about the anticancer impact of cannabis extracts are being released at increasingly faster rates. Patients, caregivers, and filmmakers are willing to put in the time, money, and effort because they understand that getting the information out there will help educate the public and save lives.

Anthony Mugica and Justin Wilcke are residents of Portland, Oregon and founders of DeviatedDocs.com. They have produced a multitude of mini-documentaries, largely related to cannabis or the War on Drugs as a whole. One of their latest films, “Cannabis Cures Cancer?“, explores the rising use of cannabis as a direct treatment for cancer.

The idea for the documentary started after Mugica and Wilcke met the owner of a cannabis oil processing facility. The owner was interested in making a film about producing oil, but as the documentarians became more involved, they learned about what cannabis oil was doing for cancer. They then decided to expand the scope of the film to feature patient testimonies and other information beyond the actual production process. After contacting patients, they found a few who were willing to share their stories.

Personally interacting with cancer survivors clarified the full impact of what they were doing. Ultimately, Mugica and Wilcke felt honored to document the patient experiences and share them to help others.

Three patients were interviewed for the documentary. 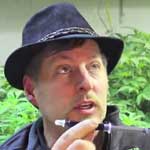 The first patient, a magician named Brad Nichols, who was diagnosed with an aggressive brain tumor. Surgery was able to remove 40% of the tumor, and Nichols subsequently underwent chemotherapy and radiation. This took a great toll on him, and he was bedridden for five years. Cannabis oil substantially alleviated his pain, allowed him to get off prescription medications, and ultimately enabled him to go out again. While the timeline is uncertain, it seems most of the cancer was eliminated with conventional treatment; cannabis oil effectively destroyed the remaining cancer while greatly accelerating recovery. 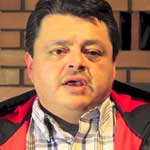 The second patient, Polo Garcia Jr., had an unidentified cancer that was treated primarily with radiation. Cannabis oil effectively alleviated his pain, stress, extreme anxiety, and allowed him to sleep. While there have been no updates since the original interview, the documentary producers believe Polo is still doing very well based on their interactions with him. 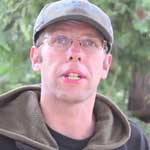 The final patient, Mike, was diagnosed with tumors in his neck on February 4, 2011. He was told he would need chemotherapy within 2 to 3 years. In that time, Mike began using cannabis oil, and the tumor disappeared, eliminating his need to use chemotherapy. As of June 2015, he is still cancer free, with cannabis oil having been his sole treatment.

All together, the patients make a compelling case for the value of cannabis oil in both directly treating cancer and alleviating the side effects of standard treatments. The documentary as a whole is a powerful addition to the growing evidence of cannabis as a cancer treatment.