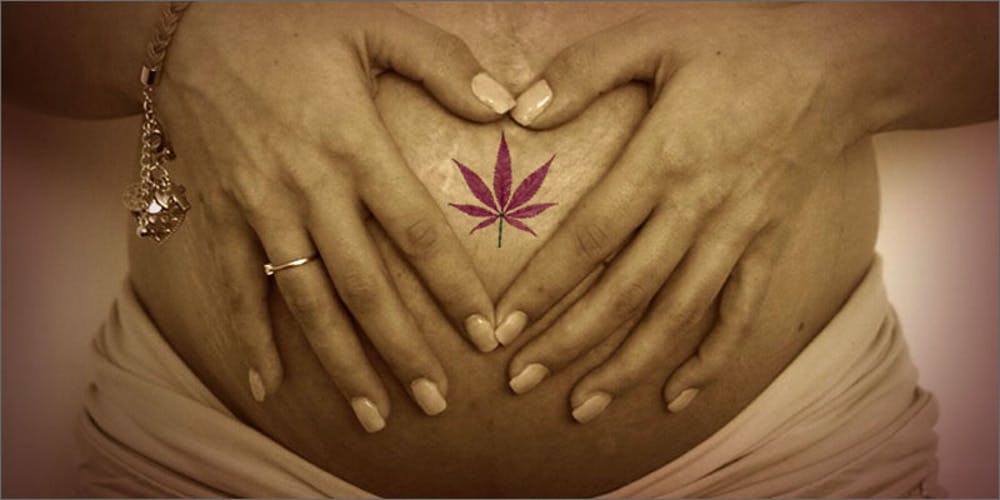 No one can argue with the standard advice to women who are pregnant: don’t ingest anything you don’t need. That advice certainly includes alcohol and tobacco, probably coffee and possibly excessive sugar consumption. Cannabis has not been shown to cause adverse effects on the developing fetus. That said, unless there is a medical reason to use cannabis during pregnancy, it may be best to avoid it.

But with the increase in legalization of cannabis more women are doing it (or admitting to it) and there appears to be an overabundance of caution regarding the use of cannabis in pregnancy. Here is why I say that there is an excessive concern about cannabis use in pregnancy.

First there is the research published in 1968 and 1972 by Dr. Melanie Dreher, RN, PhD, showing that children of women who used cannabis during pregnancy reached their developmental landmarks sooner and did better in school than children of women who did not use cannabis. Dr. Dreher is the highly respected Dean of Rush School of Nursing. She did her research in Jamaica, where, as she put it, she “wasn’t sitting in a clinic somewhere divorced from women’s lives asking them how much marijuana they’d used.” Her research team was in the field in a Jamaican community where they observed the pregnant women in the study and checked out their reports of cannabis use or non-use. Her team knew how much ganja and what type and potency the expectant mothers were consuming.

When the National Institute of Drug Abuse (NIDA) saw the results were favorable to cannabis, they ceased funding the study. The overwhelming consensus in the cannabinoid medicine community, however, is that the research findings of Dr. Melanie Dreher were profound and far-reaching.

Other Studies and their Findings

Writing in their 1997 book “Marijuana Myths, Marijuana Facts,” Drs. John P Morgan and Lynn Zimmer assert “Marijuana has no reliable impact on birth size, length of gestation … or the occurrence of physical abnormalities.”

A 1999 study in Copenhagen concluded that “the use of cannabis is not a major prognostic factor regarding the outcome of pregnancy.”

A 2002 survey of 12,060 British women did not demonstrate significant differences in growth among newborns exposed to cannabis in utero, versus those with no exposure, when controlling for confounding factors such as the mother’s age, pre-pregnancy weight, and the self-reported use of tobacco, alcohol, caffeine and/or cocaine, after controlling for maternal tobacco usage.

A 1997 Australian study of 32,483 mothers also reported, “There is inadequate evidence that cannabis, at the amount typically consumed by pregnant women, causes low birth weight.”

A large-scale case-controlled study published in the journal Pediatric and Perinatal Epidemiology determined that mothers who reported using cannabis during pregnancy suffered no increased risk of bearing children with acute myeloid leukemia, a cancer known to occur in adolescents under age 15.

Dr. Ciara Vargas Torres reviewed over 30 studies on the effects of prenatal use of cannabis on the fetus. The overwhelming finding was either positive or no effect. Only 8 of the over 350 variables had negative findings and there was NO consistent adverse findings amongst the study findings.  Dr. Torres earned a B.S. in Biology (’07), MS in Molecular and Biomedical Studies, and a PhD (’14) in Neuropharmacology from Columbia University. Her postdoctoral research focused on understanding the molecular effects of recreational drugs in animal models. Dr. Torres’ reason was that, understandably, substantial use and abuse cannot be reduced to pharmacological analysis alone. Contextual factors such as culture, race and socioeconomic factors must be considered. The write ups were often geared to what the researchers thought the funder, usually NIDA, wanted to hear.

Her research looks at substance use including cannabis in the context of the cultural and environmental situations, instead of examining the drugs themselves. They studied whether involvement with both the criminal and civil justice system related to drug crimes, or drug problems of any kind, had a different effect than the drugs themselves. They studied data to see whether involvement with the government criminal and social service system actually has an effect on child custody. And once we know the answer to that, then we compare, is it really the drugs or is it the involvement with the system because of the legal status of the drug, that has a negative impact on whether families stay together or not?

Birth Outcome are Mixed and Inconclusive

Because of limitations, the studies that have been done to address this issue are not gold standard double blind studies. The fact is that it’s much easier to do studies on mice than it is on humans. This is because there are many confounding factors. These confounding factors include, but are not limited to:

Conclusion Regarding Prenatal Exposure to Cannabinoids

Cannabis does not have any well-documented adverse impact on a developing fetus. Dreher’s work from Jamaica examined the birth weights and early development of babies exposed to cannabis compared to non-exposed infants. (Mothers in the study reported that they occasionally mixed cannabis with tea as an alternative to smoking.) Her study reported no significant physical or psychological differences in newborns of heavy cannabis-using mothers at three days old and found that exposed children performed better on a variety of physiological and autonomic tests than non-exposed children at 30 days. (This latter trend was suggested to have been a result of the socioeconomic status of the mothers rather than a result of prenatal pot exposure.)

Dr. Torres’s extensive literature review and her findings should be reassuring to obstetricians, pediatricians and expectant mothers and their significant others who may be worried about possible adverse effects from cannabis on the developing fetus. My adverse be sure and avoid the alcohol and tobacco the evidence for their adverse effects is sold as a rock.