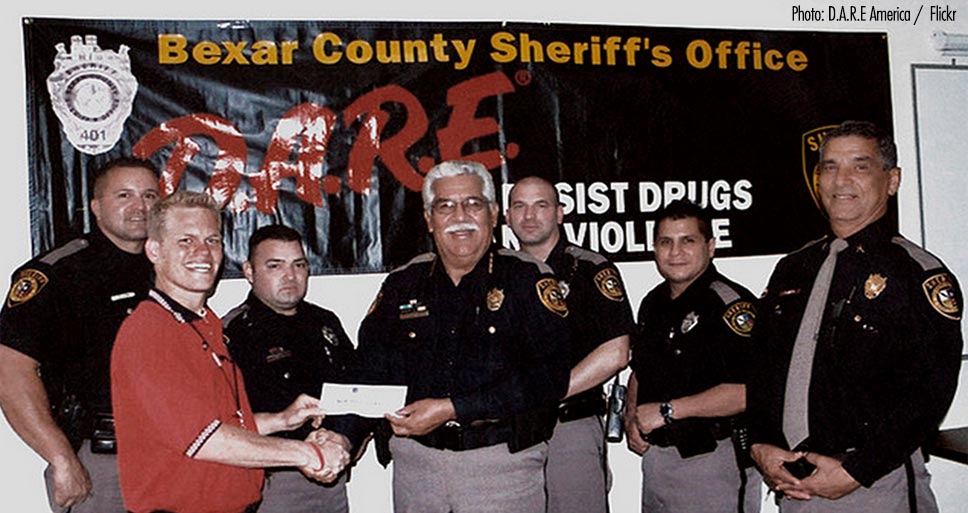 On Sunday March 3, #illegallyhealed and TruthVoice.com were among the first to report that the anti-drug D.A.R.E. organization had re-published a seemingly innocuous anti-cannabis article. This story turned out to be a satirical piece originally released by Topeka News, a satirical news site. 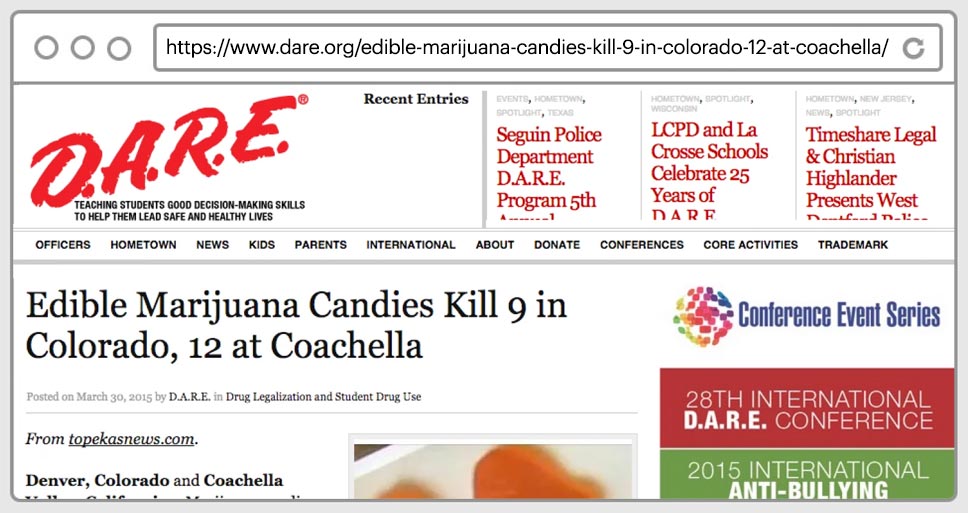 Fake cannabis facts published on the official website of D.A.R.E. on March 30, 2015.

The article, which was on DARE.org for over a month, claimed the following:

“To any common-sense reader this an obvious satirical attempt at mocking the war on drugs.” – Virgil Vaduva, TruthVoice.com 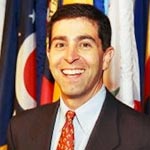 We spoke with John Lindsay, D.A.R.E. America Regional Director, about this article and these six statistics that the organization was promoting as fact.

According to Mr. Lindsay, the fake news story allegedly ended up on the website due to an error by the bot used by D.A.R.E. to auto-post content with the keywords “marijuana, violence, children, etc.” Mr. Lindsay also said the Topeka News website initially appeared to be a valid news site, but is in fact satirical.

We asked Mr. Lindsay about what message this sends to kids. In particular, when children are given outright false information on cannabis, it undermines the credibility of legitimate information about the harmfulness of other drugs, as well as the real concerns about cannabis use by young people. His response was quite apologetic in nature.

“This article slipped through our filter. How many ways do you want me to say sorry? I know English and Spanish. English is I’m sorry and Spanish is triste. Listen; stuff happens, and you can quote me on that.” – John Lindsay, D.A.R.E. America Regional Director

There is a very real need for drug education in this country. However, when organizations like D.A.R.E. continue to promote false information and engage in scare tactics, no progress is gained. Young people are smarter than ever, and outdated rhetoric may actually contribute to, rather than detract from, drug use.

As the Washington Post reports, D.A.R.E. still receives funding from the Justice Department, the Department of State and numerous other government agencies and corporations. Therefore, the accuracy of their statements is truly a matter of taxpayer concern.

For the past month, that funding has been used to spread the message that marijuana is a “third world drug” that causes teen pregnancies and leads to “primal aggression,” and to promote demonstrably false claims about people killed by marijuana edibles.

If D.A.R.E. really cares about reducing drug abuse, they will overhaul their program as well as make sure that embarrassing misstatements are no longer shared.