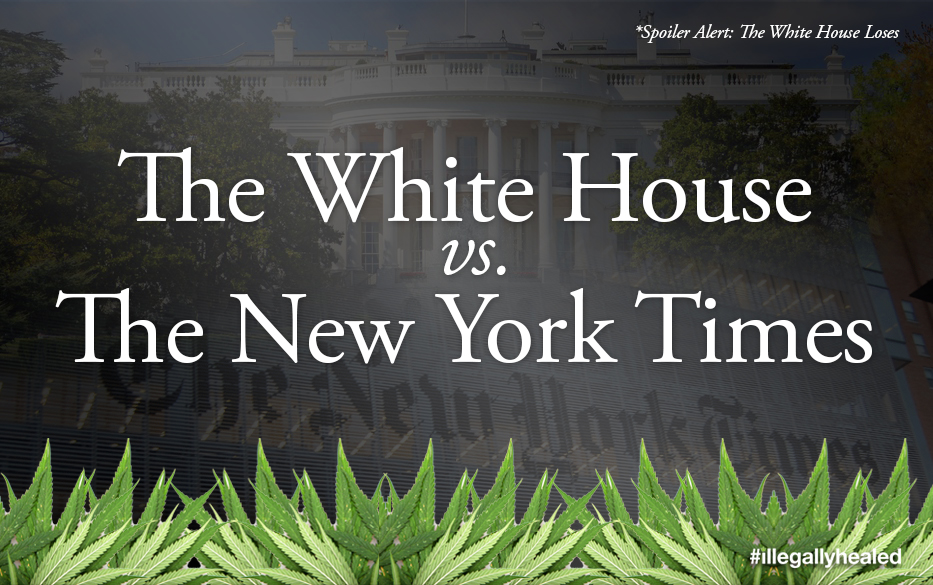 The New York Times is currently running an editorial series on legalizing cannabis.  Throughout this series, they plan to highlight the failures of Prohibition and the urgent need to end it.

On July 28th, the Office of National Drug Control Policy responded to the Times’ editorial with a strongly critical blog post on the official White House blog.  They accused the editorial staff of ignoring the science, and cited debunked studies about how cannabis use is addictive, hurts the brain and academic performance, and leads to more driving accidents.  These talking points are also used by Kevin Sabet of Smart Approaches to Marijuana, who has been thoroughly debunked by Russ Belville and LEAP’s Judge Jim Gray in articles here, here, and here. 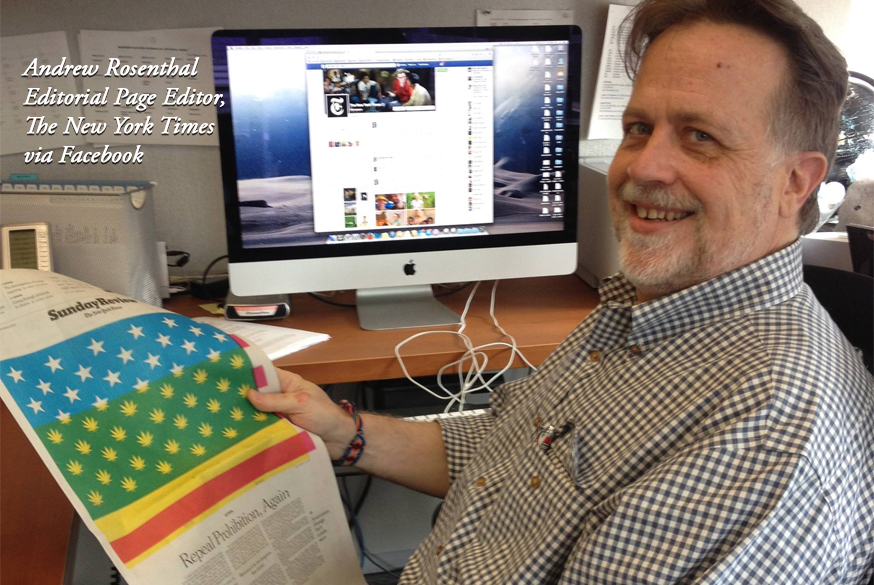 While the official administration criticizes The New York Times for leaving out science, the irony is that they are the ones who are dangerously ignorant.  Scientific studies are overwhelmingly in support of the medicinal efficacy of cannabis and its safety.  Unlike virtually any other drug or food, cannabis is impossible to overdose on.  It does not lead to chronic disease, and the psychological addiction which can occur is mild compared to heroin or cocaine, or even legal drugs like alcohol, tobacco, and caffeine.

For some people, continuous use of high-THC cannabis can potentially lead to problems in concentration and memory, and like any psychological addiction can impair social functioning.  But these problems do not by any means justify ruining lives through arrests and incarceration.  They do not justify spending literally billions of dollars on enforcing a clearly unenforceable law.  The arguments against banning recreational cannabis are strong in themselves.  But the real reason Prohibition needs to end is for medicine.

There is no shortage when it comes to studies on cannabis, the vast majority deal with how cannabinoids benefit diseases.  For virtually any disease imaginable, and even rare diseases most people haven’t heard of, there is a study showing that cannabinoids or their receptors exert benefits.

For example, THC is shown to induce programmed cell death in:

CBD, the compound most associated with stopping seizures, also directly kills many types of cancer cells, including:

In addition to directly killing cancer, cannabinoids inhibit cancer cell migration, adhesion, invasion, metastasis, viability, respiration, angiogenesis, and other growth pathways through multiple mechanisms.  The fact that our own self-produced endocannabinoids also produce these effects strongly suggests that lab-proven properties would indeed extend to humans.  In fact, a November 2013 Case Reports in Oncology journal article formally demonstrated cannabis extracts were effective in treating acute lymphoblastic leukemia in a terminal patient, and the authors even formally ruled out spontaneous remission and chemotherapeutic agents as potential causes of leukemic blast cell abolishment.

There are thousands of studies demonstrating therapeutic properties, and the research is growing so quickly that entire conferences are dedicated to medicinal cannabis discussion.  One such recent event was the Eight National Clinical Conference on Cannabis Therapeutics, sponsored by Patients Out of Time and University of California, San Francisco School of Medicine.

In May of 2014 Medical doctors and experienced researchers presented on many topics, including cannabinoids for mood disorders, pain, cancer, cardiovascular diseases, osteoporosis, and other age-related illnesses.  Dr. Jeffrey Hergenrather, the President of the Society of Cannabis Clinicians, even talked about his direct experience treating cancer patients with cannabis extracts in the official CME doctors’ workshop.  In a June presentation to a local social club, he said that cancers responding to cannabis extract therapy include neuroblastomas, leukemias and lymphomas (Hodgkin’s and non-Hodgkin’s), cancers of the breast, liver, kidneys, pancreas, prostate, colon, and cervix.  However, lung cancer and some forms of breast and thyroid cancer were apparently resistant.  These statements were almost identical to what he shared at the doctor’s workshop.

Cannabis extracts are infinitely safer than every pharmaceutical in existence because it is impossible to overdose on cannabis.  Also, unlike with most common pharmaceuticals, there is no damage to the liver from continued use.  This is an especially useful property for those with inflammatory disorders like arthritis and multiple sclerosis.  Whereas powerful pharmaceutical anti-inflammatories cannot be used for long periods of time, cannabis is completely safe.  Dr. Raphael Mechoulam, the Israeli doctor who discovered THC, even holds a patent on the use of CBD to treat inflammatory diseases, including arthritis, MS, ulcerative colitis, and Crohn’s disease.

The United States government itself also holds a patent on cannabinoids as antioxidants and neuroprotectants.  This is an especially stunning irony, considering a crutch of the Prohibition argument is that cannabinoids damage the brain.

Cannabis needs to be fully legalized and recognized as the nutritional powerhouse it is.  It can be just like any other herb, which individuals use on a regular basis for health or receive recommendations for by holistic doctors.  With education on the use of non-psychoactive raw cannabinoids like THCA and CBDA, as well as non-psychoactive heated cannabinoids like CBD and CBG, people can experience these benefits without psychoactivity.  For times when THC is needed, its psychoactivity can even be mitigated with natural supplements and other cannabinoids.

It should be obvious that any plant which fights cancer and benefits the body through innumerable mechanisms isn’t subtly killing us in other ways, but the United States government clearly still has a lot to learn.  For the sake of this country and the world itself, let’s hope they learn fast.

What do you think?  Is there enough science, research, and anecdotal evidence to end prohibition?  Tell us what you think in the comments section below: