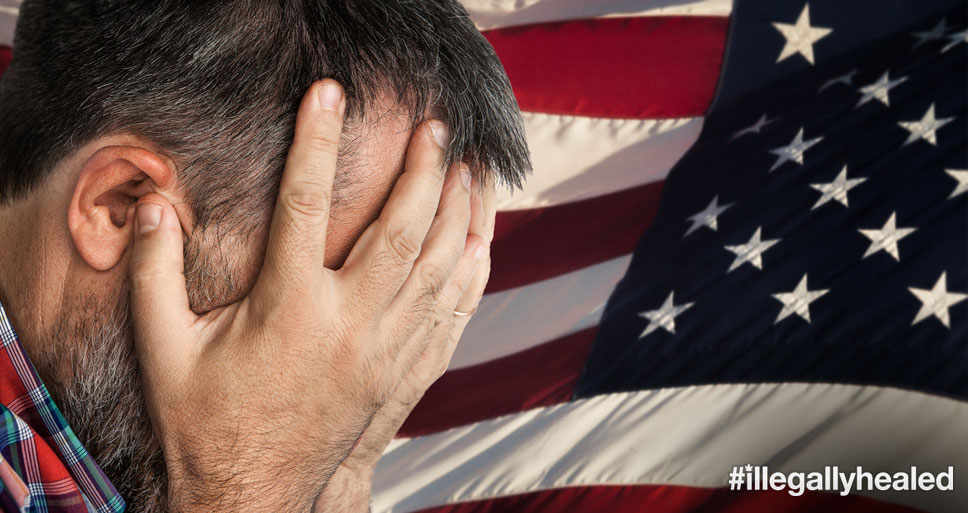 There are currently an estimated 22 Veterans committing suicide every day. This is an oft-touted statistic, but it can never be repeated enough. Veterans are returning to the states finding the battles waiting for them here are no less dangerous than the battles they fought in over there. There are new enemies here – post-traumatic stress, the lifelong effects of traumatic brain injury, and a government that will charge them as felons for using a medicine that works for them. This is absolutely unacceptable.

Despite testimony from Veterans throughout the country regarding the efficacy of cannabis, along with the strong supporting science, a dwindling number of organizations and their representatives continue to oppose medical cannabis.

One such individual is Dr. Chris Thurstone, who on May 22, 2015, published a scathing article in opposition to cannabis use for Veterans. In it he pointed out the lack of controlled trials and opposition from the American Psychiatric Association, the American Society of Addiction Medicine, and The Colorado Psychiatric Society. It is not surprising that organizations with deeply entrenched relationships to the pharmaceutical industry oppose the use of natural cannabis medicines.

“There is a lack of scientific studies in the United States identifying beneficial properties of cannabis because of unreasonable barriers in place relating exclusively to this plant and no other substance in the Controlled Substances Act. This is a direct consequence of anti-cannabis bias.” – Corey Hunt, co-founder #illegallyhealed

Dr. Thurstone also linked to a study suggesting that Veterans who used cannabis had a worsening of symptoms, including higher levels of violent behavior. The methods of this study were poorly explained and were likely heavily flawed. They also conflict directly with the testimony of hundreds of Veterans as well as the scientific evidence. Since the study was conducted in specialized Veterans Affairs treatment programs, there was likely a heavy bias against cannabis use from the principle investigators.

The Real Efficacy of Cannabis for PTSD

Indeed, those Veterans who have been self-medicating with cannabis are reporting in ever increasing numbers the incredible results they are experiencing.

A 2014 study analyzed 80 patients in New Mexico who were using cannabis for post-traumatic stress. There was an average 75% reduction in symptoms as measured by the Clinician Administered Posttraumatic Scale.

A case study presented from researchers in Germany shared how a 19-year-old patient with severe post-traumatic stress experienced dramatically reduced symptoms after smoking a concentrated form of cannabis.

A March 2014 study indicated cannabis may be especially helpful for facilitating sleep in PTSD patients. The ability to get quality sleep has been something many Veterans have identified as being a key component of their ability to function day-to-day. 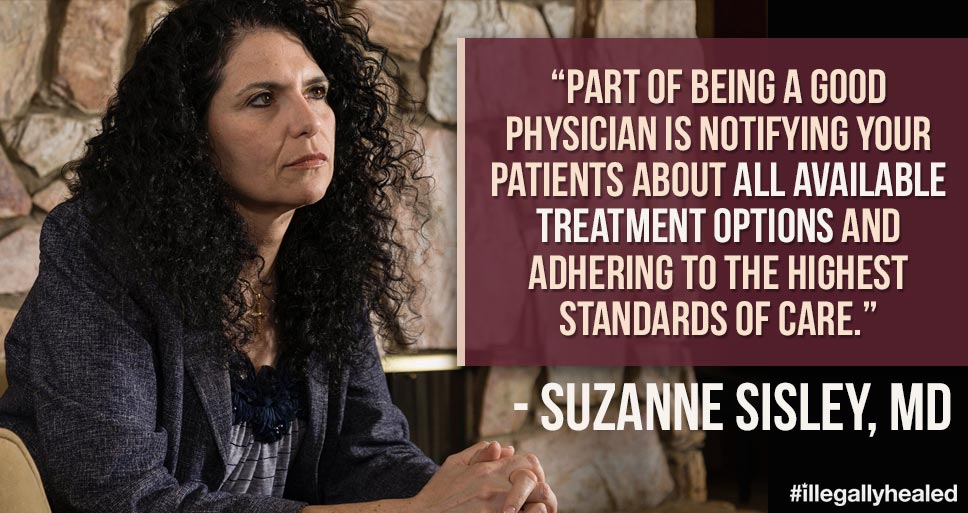 In general, the endocannabinoid system as a whole has been posited as a potential target to treat both cognitive and emotional aspects of post-traumatic stress. Cannabinoids have been shown to extinguish fearful memories and reduce stress and depression. The study suggested that endocannabinoid degradation inhibitors, which indirectly increase endocannabinoid levels, would be an ideal treatment. Cannabidiol (CBD) has been shown to be a potent inhibitor of anandamide degradation, and thus seems especially suitable for treating the symptoms of post-traumatic stress. However, many people have also identified a need for high levels of THC for severe anxiety.

For many, cannabis has been a blessing, but what options do Veterans currently have? Dr. Thurstone implies that Veterans should be satisfied with the current treatment options. However, the only two medications that are FDA-approved for PTSD are Zoloft and Paxil. These drugs were not developed to treat PTSD, and have potential alarming side effects including aggressive reactions and suicidal ideations. 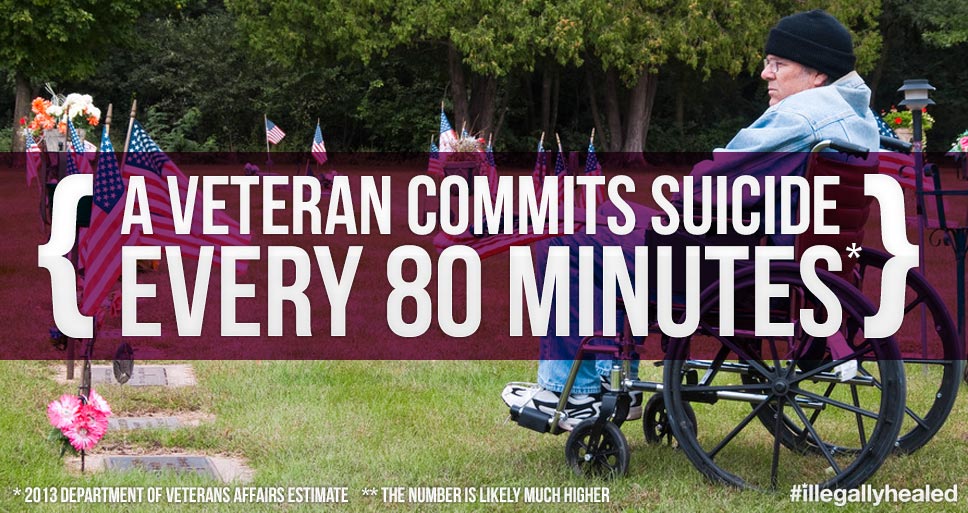 “Many other pharmaceuticals are used “off-label” to treat post-traumatic stress. Psychiatrists have no problem prescribing dangerous and addictive pharmaceuticals to Veterans and civilians alike, using us as guinea pigs for their pill mills for profit.” – Ricardo Pereyda, Army Veteran

Cannabis is Safer Than Project SAM

Project SAM, one of the most active voices against legalization, recently shared Dr. Thurstone’s article. Like the majority of their posts, they received a firestorm of criticism for spreading their propaganda about medical cannabis. One patient voiced his concern. 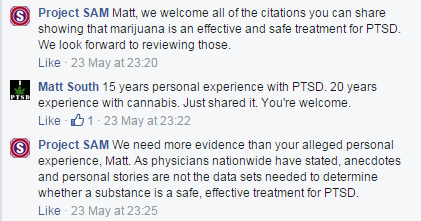 This has been an ongoing struggle when it comes to medical cannabis. A number of scientists and doctors continue to completely dismiss the real experiences of actual human beings. Without a double-blind, placebo-controlled trial, all experience is utterly worthless and should be completely discounted. This approach is disrespectful, irresponsible, and is especially a slap in the face to Veterans who risked their lives to defend us and our freedoms.

There is certainly a need to be aware of the potential negative effects of cannabis use. Strain selection is critical, and there are undeniably many Veterans who have had poor experiences with cannabis due to a lack of instruction. However, Veterans should have the right to try cannabis if they want to. It is far less dangerous than both the FDA-approved and off-label drugs they are prescribed.

Anecdotal and scientific evidence strongly suggests cannabis is an ideal treatment option, especially when Veterans find the right cannabis products. According to many Veterans and their families across the country cannabis has been a lifesaver when they get home. This plant appears to work at fundamental levels to heal the person, rather than just mask the symptoms and create more issues as pharmaceuticals are known to do.