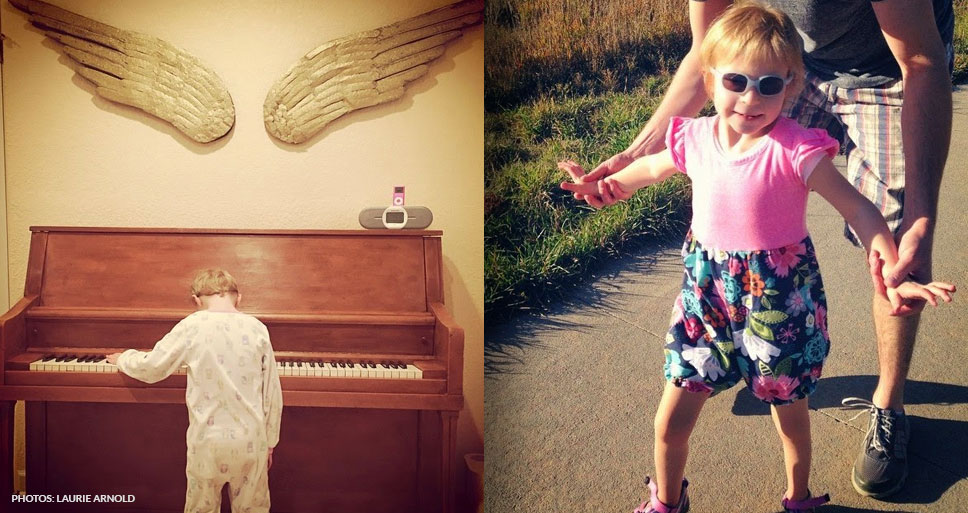 If all goes as planned, my daughter, Julia, will start medical marijuana on Monday. (Say that seven times fast.)

Medical marijuana on Monday. This is really happening.

Julia started taking anti-seizure medication when she was 7 months old, following her first seizure and diagnosis of Infantile Spasms. In the seven years since then, she’s tried 13 different pharmaceuticals and various combinations of those 13 different drugs to hold the seizures at bay.

I’m not an expert on medical marijuana. If you’ve watched any of the CNN specials, you know about as much as I do. I am an expert on Julia though, and what I know is that these pharmaceuticals are hard on her. Yes, in many cases they’ve done their jobs, they’ve controlled her seizures — and for that we are blessed. But at a cost. They’ve delayed her development, they make her clumsy and agitated, and we really don’t know what they’re actually doing to her little body now and in the long run. There are no clinical trials we could find for 7-month-old babies taking varying cocktails of anti-seizure medication for seven plus years. 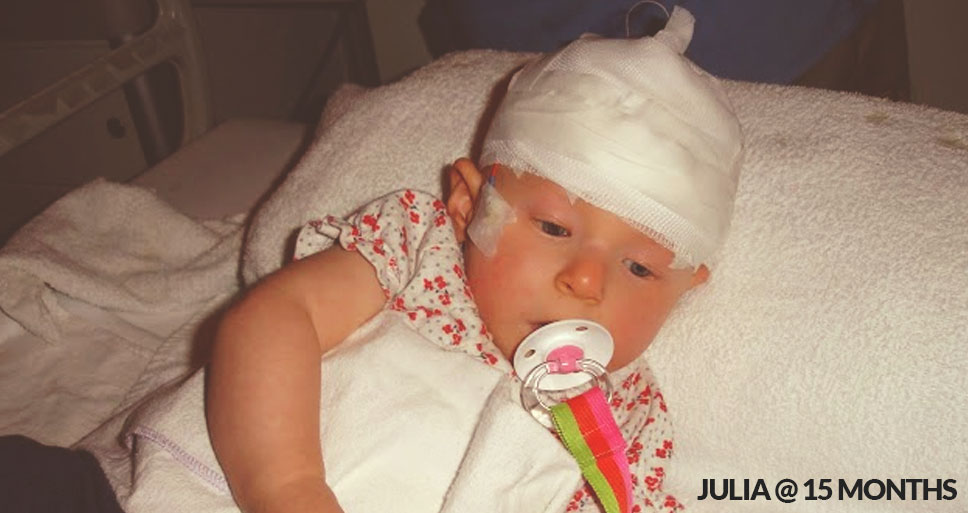 So as parents — the only true experts on our kids — we do the best we can. And right now, in this particular case, we believe that means giving Julia marijuana.

Most of the families who have preceded us in this decision to try medical marijuana have done so because other drugs haven’t worked and their child’s seizures have continued uncontrolled for hundreds a day — it’s no exaggeration. In that desperate place you will try anything, literally anything, including moving your family across the country to Colorado, knowing you won’t be able to leave once you start this drug. But you don’t care because when you watch your child seizing the only thing that matters to you is making it stop.

We’re in a slightly different situation than most of the families I just described.

First, we already live in Colorado. We don’t have to uproot and move to try this drug. We’re here, and it’s a fairly easy option to pursue.

Second, Julia’s seizures technically are under control with pharmaceuticals. When she’s on a medication, specifically Keppra, we don’t see seizures. Last fall she had a long stretch without seizures so we decided to wean her off all medication, due to our concern for what it was doing to her body. It was great to see her off all meds — her development flourished and her agitation went down — but after two months, the seizures returned, and we realized she will have to be on something to help hold them back. We temporarily re-started the Keppra, and right away saw her agitation and frustration increase. We decided now is the time for medical marijuana.

So rather than doing this because nothing else works, we’re doing this because we want to see if this works better for her. Could this be more than just a last ditch effort of desperation and instead just be a good treatment option for us to explore? I’m thankful we have the opportunity to do this.

When we’ve talked about this decision with family and friends, we have received 99.9 percent positive responses. People who know our story and have watched Julia battle epilepsy respond to us with an enthusiastic “Of course!” “That makes sense!” “Why wouldn’t you try it?”

These are all reasonable people who know that:

To you 99.9 percent, I say thank you. Thank you for supporting us and other families in trying to find better and safer options for our kids.

To you other .01 percent out there, like I said, I’m not an expert, but let me try to respond to a few of the objections I’ve heard from you:

1. Has marijuana been researched?
Funny you would ask about research.

It’s a bit of a crap shoot to be honest.

Are you really concerned about research or are you just trying to block us? Because if you really care, then I’d like you to join our cause and become an advocate for more research to be done on the effectiveness of medical marijuana and epilepsy. Start a movement, raise money, write your congressmen — you could be my hero.

2. Doesn’t marijuana slow down the brain?
Well, that’s kind of exactly the point.

If what you are actually asking me is am I worried about what this drug could do to her in general? Then yes. Of course yes. And actually the question is insulting.

I’m her mom. I worry about everything. 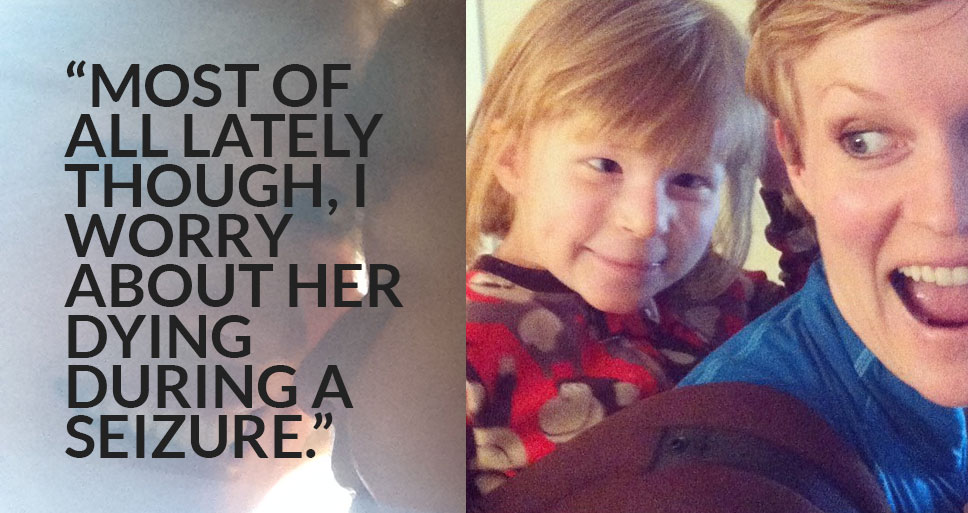 Most of all lately though, I worry about her dying during a seizure.

So yes, I am worried about starting a new medication — but welcome to parenthood, where every decision you make haunts you because you love your kid so flippin’ much.

But I don’t believe that shouldn’t be the reason you vote against it. In my opinion, you not wanting to take it isn’t an excuse for you to block other people from having that option. One day it could be you or someone you love asking for the support of the community so you can have access to a potentially life-saving treatment. You may not like people like yourself much when that day comes.

4. I don’t think teenagers should be smoking pot.
Great, neither do I.

5. I don’t want marijuana to be legalized in my state.
Fine, but again, that’s a different conversation, isn’t it?

If you want to clump “legalized” together with “medical treatment,” then I think you’re being ignorant — which is your choice, but your ignorance does hurt others. You will keep voting against it because you think it’s all the same. You will keep your mindset thinking it won’t ever be you on the other side.

6. Is it safe?
Safe? Safe? Seriously you are asking me if this is safe?

None of this is safe.

We left the safety-zone seven years ago when Julia had her first seizure. Seizures aren’t safe.

Don’t talk to me about safe; we don’t have that luxury.

I’m guessing the .01 percent won’t even read this, but there you go anyway. That’s what I have to say to the naysayers — it felt good to get that off my chest!

Back to the 99.9 percent — thank you for being with us on this latest phase of our journey. Your support means so much.

When I think about it we have so much to be thankful for right now. 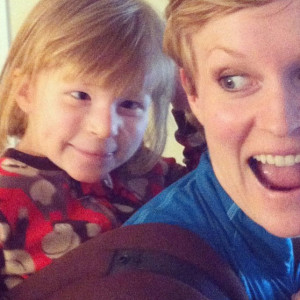 Laurie Arnold is Julia’s mom. She is also a wife and marriage and family therapist. She writes I’m Julia’s Mom: Bragging, boasting, ranting and raving about life with the fabulous Jules. In her spare time she watches HGTV and drives her husband crazy by repeatedly rearranging their furniture.