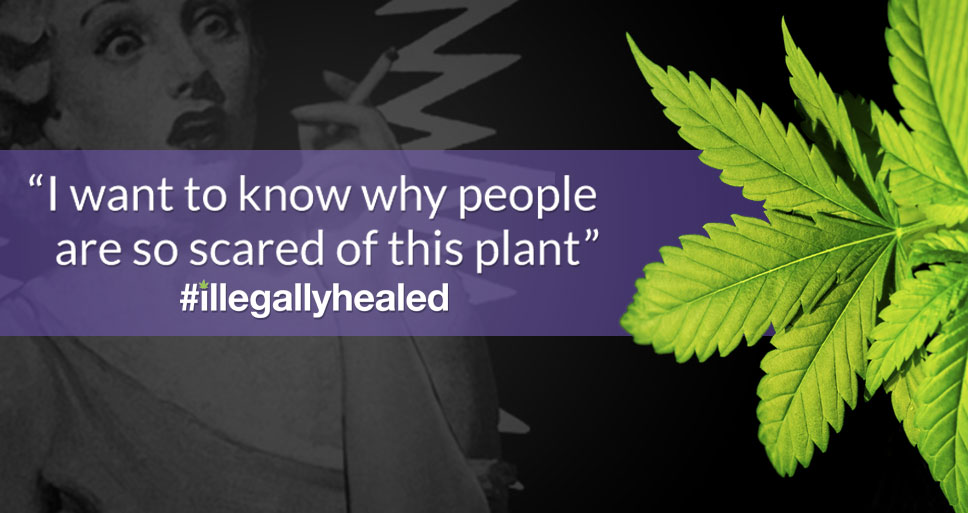 On August 29, 2013, Corey Hunt, his girlfriend and her family stood around her mother’s hospital bed as the doctors overdosed her on morphine and she passed away. She had been fighting breast cancer and lost. Hunt was frustrated and began searching online for cancer cures. “I knew there had to be something better out there and we found it. It was cannabis,” he says.

Although his girlfriend’s mother never tried cannabis, he often wished that she had and wanted to make sure other people didn’t find out about cannabis medicines the same way he did—after it was too late.

“I felt the heartbreak and saw the heartbreak with how this cancer just tears the life out of people,” Hunt says. “We were trying everything but we weren’t trying cannabis. I partook, but I never really understood the medical aspects of cannabis, I thought people were just getting their medical cards because they wanted to get high legally.”

Hunt and his family live in Arkansas, where cannabis is completely illegal. He’s a professional creative director and media producer by trade, so when he came across the infamous youtube video “Rick Simpson: Run From the Cure,” detailing how Canadian cancer patients were making and consuming highly-concentrated cannabis oil to cure their cancers, he quickly dove head first into the research. He gained a thorough understanding of cannabis and how it works in the body as a medicine. He decided he wanted to take the message mainstream, thus the #illegallyhealed campaign began.

“Illegally healed. Those are two words that just don’t belong together,” says Tony Baker, a co-founder of the campaign. “You should not have to do something illegal in order to become healed.”

Hunt, Baker, and partner Kevin Quinn brought on Justin Kander, the webmaster for Phoenix Tears, a site promoting Rick Simpson’s method for extracting cannabis oil for cancer treatment. Kander had authored the comprehensive Cannabis Extract Report while working as a sandwich runner for a Jimmy John’s in Maryland. Kander is now the full-time press arm of #illegallyhealed as well as the group’s pet project: Gateway to Healing.

The entire crew at #illegallyhealed has one thing in common—they all come from regions without medical cannabis laws or safe access. Gateway to Healing will appeal to people in these places, where it is needed to most.

“If it was as dangerous as people say, then people who are using it medicinally would be having a lot more problems than they are having right now,” Hunt says. “This is what intrigues me the most about this whole conversation, I want to know why people are so scared of this plant.”