If you’re on a mobile device click here to watch the video.

The question of whether cannabis is safer than alcohol is almost laughable. The former substance has never killed a single human being in all of history, while alcohol has directly killed millions. Despite this clear indication of safety, it is still helpful to educate the public on exactly why cannabis is the far safer choice.

A recent CBS News clip (shown above) featured an interview with pediatrician Dr. Aaron Carroll, who explained in a conversational tone the remarkable safety of cannabis.

“After going through all the data and looking at which is more dangerous in almost any metric you would pick, pot really looks like it’s safer than alcohol.” – Aaron E. Carroll, MD, MS 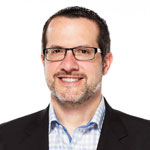 First, while alcohol use has been implicated as a factor in 40% of violent crimes, no link has been found with cannabis use. Dr. Carroll also referred to a 1997 study that analyzed over 65,000 people and determined cannabis use had virtually no effect on mortality.

The dependence rates for cannabis are also significantly lower than alcohol, 9% vs. 20%. Even those who become addicted to cannabis will not suffer from increased rates of diseases like cancer and liver disease, as seen with alcohol.

I personally know many people who have turned to drinking or other drugs because they could not use cannabis, as well as others who broke addictions to hard drugs with cannabis. It is time to legalize cannabis for all purposes so its value to society can be maximized.

What do you think?

Should people should be allowed to choose cannabis as a safer alternative to alcohol? Would making cannabis legal save thousands of lives by providing such an alternative? Let me know your thoughts in the comments below.