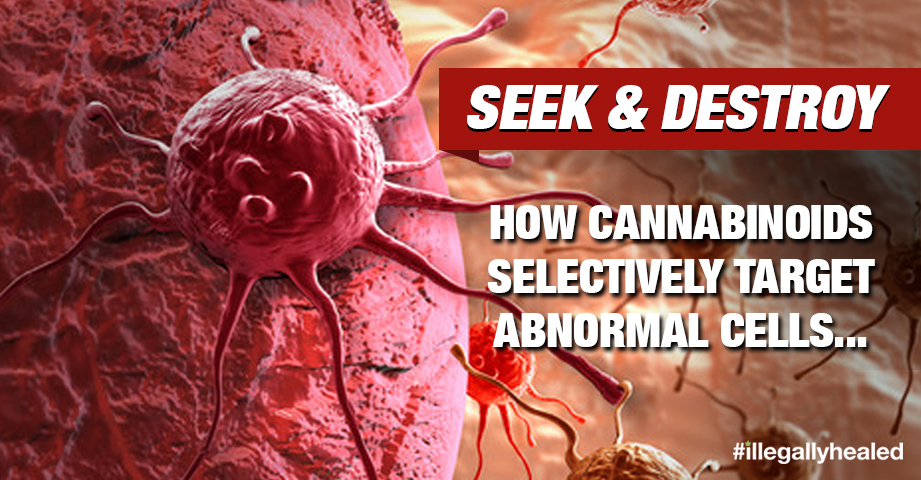 A new study in the July issue of Biochemical Pharmacology elaborates upon a unique mechanism of cannabinoids’ anti-cancer activity.  It is notable for demonstrating how cannabinoids work synergistically with the body’s immune system to stop cancer, unlike traditional treatments which destroy the immune system in the process of stopping cancer.

Researchers tested the effects of CBD, THC, and an endocannabinoid analogue called methanandamide on two lung cancer cell lines, A549 and H460, along with cells from a lung cancer patient.  It found these compounds increased expression of intercellular adhesion molecule 1 (ICAM-1) on the cancer cells, which made them more susceptible to white blood cells called lymphokine-activated killer cells (LAK).  However, normal cells were not affected this way, showing yet again that cannabinoids can selectively target abnormal cells while leaving healthy tissue alone.

LAK cells are a very powerful part of the body’s natural anti-cancer defense system.  In fact, direct administration of LAK cells has been tested for cancer treatment, along with interleukin-2, a cellular signaling protein that activates LAK cells.  This has shown promise, but like most pharmaceutical interventions there are unpleasant side effects.  Using cannabinoids is a safer and potentially more effective way to take advantage of the body’s natural LAK cells.

This is not the first study to reach these conclusions.  An April 2012 study by many of the same authors yielded similar results, but the newer study is novel in its recognition of the role LAK cells play.

Given the direct and indirect anticancer action of cannabinoids on lung cancer, it makes sense that actual patients have reported success.  A well known activist named Michelle Aldrich used cannabis oil in conjunction with chemotherapy to eliminate her lung cancer.  Her surgeon, Dr. Peter Anastassiou, remarked that “he had never seen lung cancer totally eradicated by chemo, much less in four months.”

Another patient named Jeff shared his story in a video (below) about the benefits of medicinal cannabis. He was diagnosed with mesothelioma and five tumors on his left lung in July 2011.  For treatment, he put two drops of cannabis oil on his tongue every morning, and eventually was declared cancer free on December 21st, 2011.  In his case, there was apparently no traditional chemotherapy used.