Emily and Aaron Campbell have traveled the globe together. Emily grew up in New York and Milwaukee and later met her husband in Minnesota. Aaron served a mission in Uruguay for the Church of Jesus Christ of Latter-day Saints before they married and had five children. They chose to live abroad; they wanted to show their children the world.

In September, their oldest daughter Victoria (Tori) was the first to die.

“Watching our daughter pass away was the hardest thing that ever happened in my life,” Emily says.

The Campbells aren’t afraid to speak publicly about bringing full extract cannabis oil to their 16-year-old daughter, Madelena (Maddie), who suffers from the same symptoms as her sister Tori did. The Campbells say cannabis relieves Maddie’s pain and allows her to walk, write, improves and regulates her moods and slowed the progression of her disease. 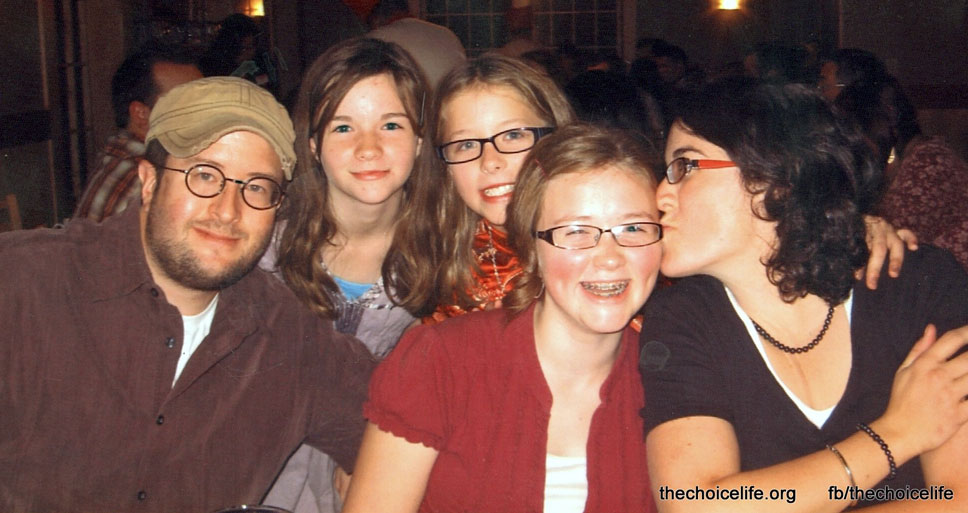 In 2010, the Campbells were living in Uruguay. Their oldest daughter, then 13-year-old Tori, was thriving in school. She had been skipped a grade ahead, was bilingual and was in the gifted and talented education (GATE) program. The Campbells grew concerned when she started slipping in school, she had become clumsy, moody and her memory was poor, she was often becoming confused. They moved to Orem, Utah, where Aaron grew up, so they could be closer to family and get Tori the educational help she needed.

The onset of the symptoms was so slow it was hardly noticeable at first. Emily says they attributed Tori’s symptoms to adolescence because she had been growing rapidly at the time. They began seeing specialists and therapists. At the same time, Maddie started struggling with depression, mood swings and other psychological issues. When Tori was diagnosed with the rare disease, the rest of the children were also tested. Both Maddie and younger brother Ike tested positive for the fatal illness.

MLD is rare, occurring in 1 in 40,000 to 1 in 160,000 births worldwide. The Campbell children have late juvenile onset MLD, the rarest form of the condition, with symptoms beginning to present around age 14. MLD presents both physically and psychologically, with physical degeneration similar to multiple sclerosis in addition to problems with mood, memory and emotional imbalance.

Over time the myelin, or protective lining of nerves in the brain and body, irreparably breaks down. Aaron describes the disease as potholes in a highway. Over time the neurological highways that control his children’s body and brain functions get filled with potholes. Even if the road stops becoming damaged, however, it can never be fixed. 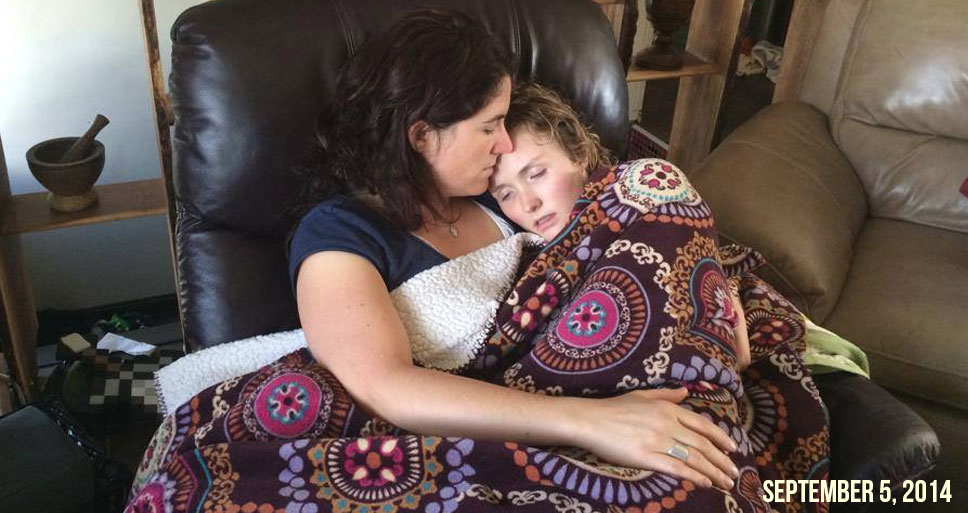 Patients suffering and dying of MLD live in extreme pain. Progression of the disease is slow and teens who have the disease will generally live two to five years with neurological torment and pain before they eventually die. Tori lived for two years after diagnosis.

“She was in so much pain, she was miserable and desperately hurting. She was on fentanyl, morphine and so many other painkillers. I felt like she couldn’t really be there in the end because she was so drugged up on these pharmaceuticals. We resolved we would never let that happen again,” Emily says.

As Maddie declines, the physical and psychological effects are easily visible to friends, family and teachers. Her memory loss, lack of motor control, apathy and chronic pain were mirroring the same path as her sister’s.  She has suffered seizures and been prescribed deadly drugs to control them. She has difficulty walking and remembering. Before using cannabis, she would alternate between depressed, even suicidal, and manic.

“It was like she was trapped in her own body. You could see it in her eyes, her eyes were dead, it wasn’t her,” Emily says.

At the same time the girls were getting bone marrow transplants, CNN debuted its special report “Weed”, hosted by neurosurgeon and CNN chief medical correspondent Sanjay Gupta. The now 3-part series is credited with bringing the acceptance of medical cannabis to the mainstream.

Emily saw the documentary and started researching. She said she was nervous to even look into the topic; she had a stigmatized perception of cannabis growing up.

When the transplants failed, the Campbells had run out of traditional medical options. They had nothing left to do but try to make their children comfortable through the process. They reached out to friends, family and experts. Many suggested they try medical cannabis and even offered to help them get it.

“After Tori passed away in September we desparately needed something to give us hope so we put Maddie on a 4-week trial of cannabis oil. I was shocked that it worked so easily and it was so simple,” Aaron says. “When we gave her the cannabis oil the seizures stopped right away.””

“We got our Maddie back,” Emily says.

The Campbells have become vocal proponents of medical cannabis legislation in Utah and campaigned in support of S.B. 259, which would have created a comprehensive medical marijuana program for a range of conditions in Utah. The legislation, sponsored by Sen. Mark Madsen (R-Saratoga Springs), was defeated by one flipped vote in the state senate despite polls evidencing overwhelming support among all demographics in the state. Madsen has already taken steps to introduce the legislation in the 2016 session. 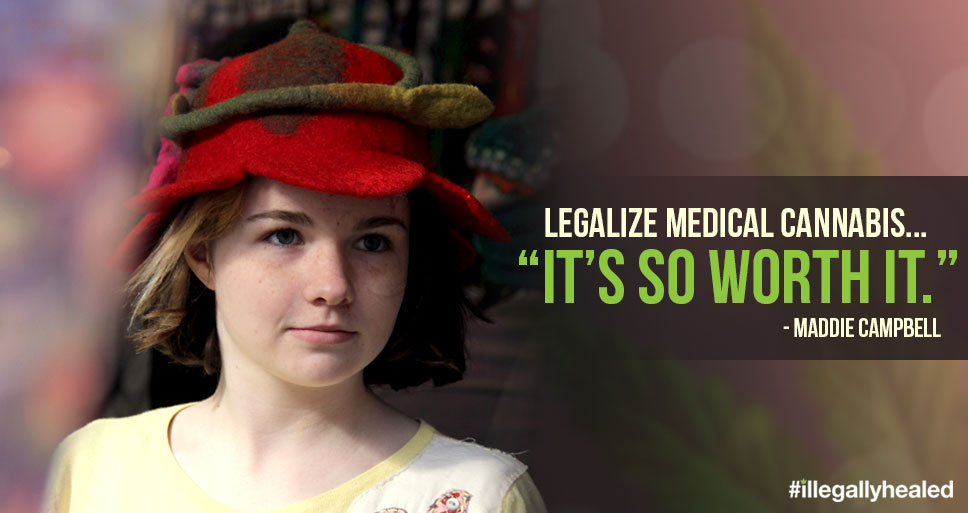 When the bill didn’t pass, the Campbells were public about their determination to continue treating their daughter illegally while fighting to reform the law. Aaron says more families need to speak up and have their voices heard by both the public and their legislators. The family has documented their journey in local media and continues to advocate publicly.

“I am breaking the law to save my child from having an immense amount of pain and suffering for the next few years, I am doing it to save my daughter’s life,” Aaron says. “We have really very little to lose.”

The Campbells say speaking openly is the right thing to do. Emily says they could have given Maddie the oil privately and nobody would have ever known, but they say seeing how greatly it has improved Maddie’s life they wanted to take the risk so that everyone who could benefit could have access, not just them.

“As a Mormon missionary I would go teach people about this religion they didn’t know anything about and then they would have these personal experiences where they would be converted and then they would just be on fire. I felt like I had the same experience as I learned about the medicinal properties of cannabis and how it could bless my children’s lives.”

Emily says she was disappointed the bill didn’t pass this year but understands there is an education gap to be filled with the legislators who opposed it. Before the experience with her daughters she says she felt the same way as them about the issue.

“But doing the research and learning the truth, that it helps people, it took me a little while to get there, to make that shift. You grow up your whole life believing something and it takes awhile to change. I understand their [legislators] hesitation, but I urge them to do the research and find out,” Emily says.

“It’s a free country so we should be able to do what is needed,” Maddie says.