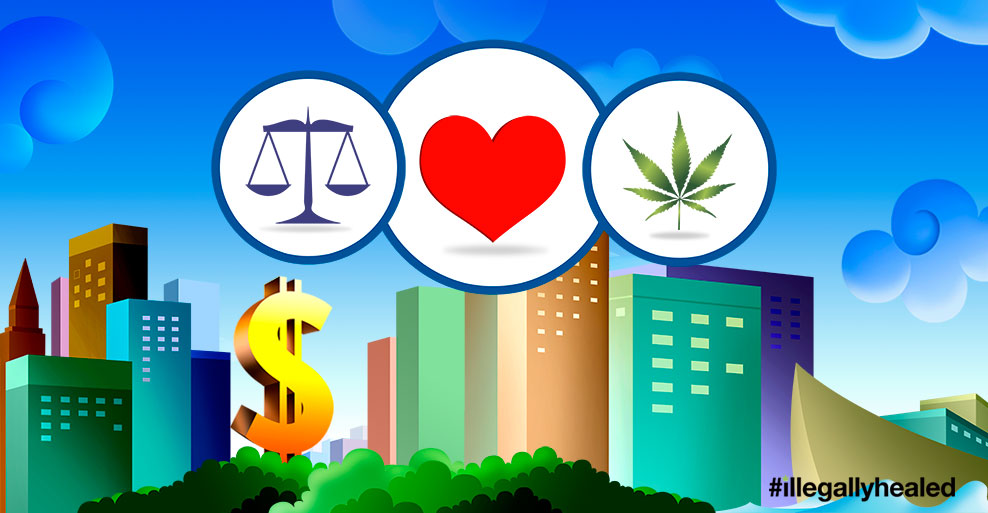 What a shock! Legalization of medical cannabis is proving to be beneficial not only to those who need its healing qualities, but for all Americans. Financially.

The NPR Science Desk reports, in states that have legalized medical cannabis, Medicare prescriptions have dropped. That doesn’t just mean savings for those who would otherwise need the costly prescriptions; it means savings for everyone who contributes to Medicare funding in those states.

Research published Wednesday found that states that legalized medical marijuana — which is sometimes recommended for symptoms like chronic pain, anxiety or depression — saw declines in the number of Medicare prescriptions for drugs used to treat those conditions and a dip in spending by Medicare Part D, which covers the cost on prescription medications.

The study, which appears in Health Affairs, examined data from Medicare Part D from 2010 to 2013. It is the first study to examine whether legalization of marijuana changes doctors’ clinical practice and whether it could curb public health costs.

Because the prescriptions for drugs like opioid painkillers and antidepressants — and associated Medicare spending on those drugs — fell in states where cannabis could feasibly be used as a replacement, the researchers said it appears likely legalization led to a drop in prescriptions.

That’s a much broader portion of the population, obviously. And don’t chalk it up to coincidence. We’re seeing drops in prescriptions for painkillers and antidepressants, first and foremost, i.e. drugs that can be replaced by much cheaper medical cannabis. We’re not seeing the same for the likes of blood-thinners and other prescriptions that can’t be replaced by cannabis.

Medical cannabis is going to become legal in more states. Arkansas and Florida are set to vote on the issue in November; according to Larry Josephson, a political oddsmaker, Florida polls are very encouraging and 55-percent of Americans now favor “unfettered legalization.”

Just How Much Medicare Tax Money is Being Saved?

Estimates are that medical cannabis saved taxpayers upwards of $165 million in 2013, alone. That’s a lot of money that can be re-routed to other deserving programs and initiatives such as school, childcare, body cameras and more.

Tony Darrick Baker has served thousands of individuals, in all walks of life, as a mentor, speaker, publisher, and entrepreneur. As co-founder of Illegally Healed, Tony is passionate about spreading the message about the medical benefits of cannabis. Tony also has a special place in his heart for beaches, oceans and amazing people.